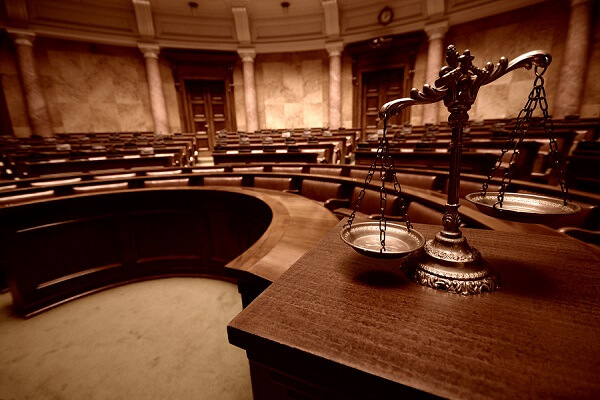 The breadth and generality of federal grand jury subpoenas means that determining what information the recipient is required to disclose can be a challenge. However, extreme care must be taken to ensure that the information disclosed is no more voluminous than absolutely necessary. This requires a critical assessment of the language of the subpoena, appropriate legal action to limit the scope of the subpoena, and meticulous preparation of the testimony and documents to be provided.

If you or your company is the target of the government’s investigation, then the Assistant U.S. Attorneys prosecuting your case may be hoping to use your own words against you. As a result, upon receiving a federal grand jury subpoena, one of the first steps you need to take is to determine your role in the government’s investigation. If you or your company is being targeted, then you will need to focus your preparation efforts on anticipating potentially-dangerous questions and making sure you know how to respond without exposing yourself to federal prosecution.

Emails, text messages, voicemails, memoranda, and other forms of communication will often be key pieces of evidence in federal white-collar criminal investigations as well. Federal grand jury subpoenas duces tecum will often include general requests for all communications with particular individuals or pertaining to particular aspects of the government’s investigation.

For businesses, upon receiving a subpoena duces tecum, it is important to promptly institute a “legal hold” in order to ensure that no responsive records of communications are destroyed. For individuals subpoenaed in their personal capacity and as corporate records custodians, it is critical to ensure production of all responsive communications (subject to any relevant objections or privilege assertions). Not only is it possible that the individuals on the other end of these communications are being subpoenaed as well; but, withholding responsive documents can lead to contempt charges and other adverse consequences regardless of the veracity of the substantive allegations underlying the government’s investigation.

Hearsay evidence is admissible in federal grand jury proceedings. As summarized by the U.S. Department of Justice (DOJ), “As a general rule, it is proper to present hearsay to the grand jury. . . . Each United States Attorney should be assured that hearsay evidence presented to the grand jury will be presented on its merits so that the jurors are not misled into believing that the witness is giving his or her personal account.” While excessive reliance on hearsay or failure to disclose the nature of hearsay can trigger Fifth Amendment due process concerns, the use of hearsay evidence in itself does not constitute grounds to seek dismissal of a federal grand jury indictment.

During federal grand jury proceedings, the U.S. Attorney’s Office can subpoena financial records from the targets of the government’s investigation as well as from the banks where they deposit their funds. Under federal jurisprudence, “[a] bank depositor lacks the necessary Fourth Amendment interest to challenge a subpoena duces tecum issued to a bank for its records of the depositor’s transactions.”

Federal prosecutors can use financial records for a variety of different purposes. From establishing financial relationships between alleged co-conspirators to proving allegations of money laundering and bank fraud, financial records will play a central role in many types of federal criminal investigations.

In addition to stored communications and financial records, the U.S. Attorney’s Office can use federal grand jury subpoenas duces tecum to obtain virtually all other types of business records. This can range from billing records and patient records in federal healthcare fraud investigations to employment records in investigations targeting companies accused of unlawfully hiring undocumented workers. Once again, upon receiving a subpoena duces tecum, efforts must be undertaken swiftly to preserve all potentially-responsive records, and records custodians must work closely with company leadership and outside defense counsel to ensure compliant production.

7. Agreements with Other Commercial Parties or Customers

Agreements with other commercial parties, patients, clients, and customers will also commonly fall within the scope of federal grand jury subpoenas duces tecum. Federal prosecutors will often use contracts to prove different individuals’ and companies’ roles in conspiracies, to prove Anti-Kickback Statute violations and other similar types of offenses, and to prove offenses ranging from Medicare fraud to investment fraud and consumer protection violations.

In addition to requesting other types of business records, federal prosecutors may also request corporate entities’ record retention policies so that they can determine if and when potentially-relevant records may have been destroyed. This includes automated and regularly-scheduled deletion of electronic files both prior and subsequent to the issuance of the subpoena.

9. Other Internal Policies and Procedures

10. Information Leading to Other Sources of Evidence

Within federal grand jury subpoenas duces tecum and during questioning in front of the grand jury, federal prosecutors may also seek information that will lead them to other sources of evidence. While conducting a “fishing expedition” is not permitted, the U.S. Attorney’s Office can use a variety of types of document requests and questioning tactics to gain insights even if the documents produced or the testimony provided do not themselves constitute evidence of guilt.

What Information are You Required to Disclose?

Importantly, while the subpoena power afforded to the U.S. Attorney’s Office is substantial, it is not absolute. Targets of federal investigations and witnesses subpoenaed to testify or produce records are entitled to challenge federal grand jury subpoenas and potentially withhold information on grounds including (but not limited to):

If you or your company’s records custodian has been served with a federal grand jury subpoena, it is important that you speak with a federal defense lawyer as soon as possible. To schedule a free and confidential case assessment with an attorney at Oberheiden, P.C., please call 888-680-1745 or tell us how to reach you online now.