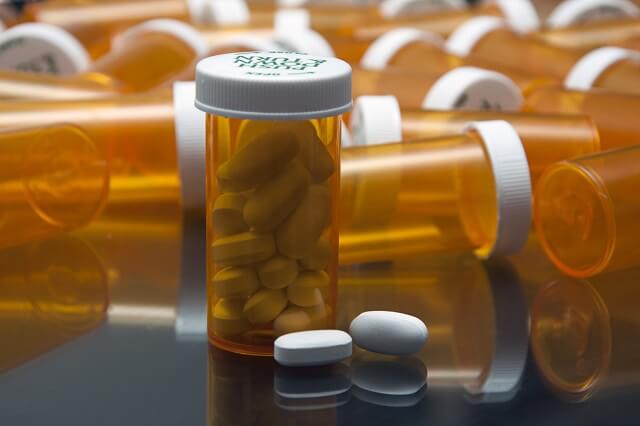 In 2017, the federal government made clear that its vigorous efforts to combat the healthcare fraud will not be slowing down any time soon. Last year we saw the largest ever takedown involving alleged healthcare fraud, and the White House and U.S. Department of Justice (DOJ) announced their clear intention to heavily prosecute both fraud artists and legitimate healthcare providers suspected of fraud, waste, and abuse.

For healthcare providers in America, this presents a very real concern. The penalties for healthcare fraud are severe, and authorities such as the DOJ are increasingly relying on data analytics and other computerized methods to identify targets for federal investigations. So, as a practitioner, administrator, or healthcare company executive, what do you need to do to prepare for 2018?

The Federal Healthcare Crackdown: Preparing for 2018

1. Large-Scale Frauds Will Continue to Be Top Federal Priorities

On July 13, 2017, the DOJ announced that it was pursuing charges against 412 individuals, including 115 doctors and other licensed professionals, as part of the nation’s largest-ever healthcare fraud takedown. The sting operation made national headlines, and the alleged fraud cost the government a reported $1.3 billion.

With the results of this and other major takedowns in 2017, healthcare providers can expect federal authorities to continue to aggressively pursue large-scale healthcare fraud schemes in 2018. While providers in healthcare fraud “hot spots” such as those listed above are almost certain to be at risk for a federal investigation, providers in other locations around the country will need to be on high alert as well. All providers should immediately implement comprehensive compliance programs – and prepare proactive defensive strategies as well.

2. Opioid Fraud and Abuse Are Central Focuses of the Government’s Crackdown

In 2017, the DOJ also announced that it was organizing a new Opioid Fraud and Abuse Detection Unit that would be tasked specifically with targeting providers that administer and prescribe opioid medications. As part of its efforts to crackdown on opioid fraud and abuse, the DOJ also appointed federal prosecutors to, “focus solely on investigating and prosecuting healthcare fraud related to prescription opioids, including pill mill schemes and pharmacies that unlawfully divert or dispense prescription opioids,” in 12 designated regions around the country. These regions are:

For physicians, clinics, pharmacies, hospices, and other providers that deal with opioid and narcotic medications, the government’s dedication of resources to fighting opioid fraud and abuse means that investigations are likely to become far more frequent during 2018. In order to minimize the burdens of these investigations, providers should be prepared to affirmatively demonstrate that their prescription and billing practices comply with federal law.

3. Medical Marijuana Will Be a Battleground

During the first week of 2018, Attorney General Jeff Sessions announced that he was rescinding guidance instituted during the Obama administration which instructed federal prosecutors not to prioritize cases against individuals and businesses that used and dispensed marijuana in compliance with state law. This guidance paved the way for more than half of all states to legalize medical marijuana, and providers around the country have relied on this guidance to offer legal cannabis to their patients.

4. Providers of All Sizes Will Face Audits and Investigations

While major takedowns dominate the headlines, the vast majority of Medicare audits and healthcare fraud investigations target smaller providers. With the DOJ’s and other agencies’ broad mandates to combat waste and abuse targeting Medicare, Medicaid, Tricare, and other government benefit programs, any suspected instance of fraud will have the potential to garner federal law enforcement authorities’ attention in 2018.

Oftentimes, audits and investigations targeting smaller providers are the result of honest mistakes and administrative errors. With most providers relying heavily on their program eligibility, any billing or prescription practices that put their eligibility at stake will not be worth the risk involved. Yet, auditors and investigators will still vigorously pursue charges, and it will be up to smaller providers to show that they are not guilty of federal healthcare fraud.

5. Prosecutors Will Seek Heavy Penalties in Civil and Criminal Prosecutions

When investigations lead to charges, healthcare providers must match their defense strategies to the potential penalties that are on the table. In criminal healthcare fraud cases, providers can face enormous financial liability, program exclusion, and even federal incarceration. While being prosecuted civilly means that prison time is not a concern, being found civilly liable for healthcare fraud can still have long-term (and potentially practice-threatening) consequences.

As a result of the government’s healthcare crackdown, providers facing charges in 2018 can expect to face substantial penalties when targeted in civil and criminal healthcare fraud prosecutions. Avoiding punishment will require early intervention in the government’s investigation and a strategic defense tailored to the specific facts and allegations at hand.

If you are concerned about your business’s healthcare compliance program, or if you are being targeted in a healthcare audit or investigation, our attorneys can help protect you. As former federal prosecutors and experienced healthcare fraud defense lawyers, we have a long track record of helping our clients address federal charges. To get started with a free case assessment, please call 888-680-1745 or contact us online today.