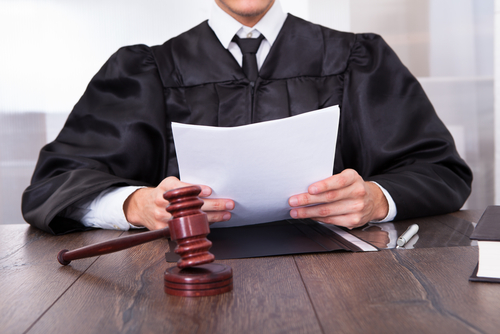 The attorneys at Oberheiden, P.C., PLLC have the skill, knowledge, and experience to assist you in successfully defending your case. When it comes to defending clients, our attorneys approach each case with maximum dedication and determination and with the objective to get each and every client the absolute best outcome under the circumstances. Depending on the crime with which you are charged, there are certain affirmative defenses that may be available to you:

Self-defense
Self-defense is used primarily in assault or homicide charges. Generally, this defense provides that you may use force on another if you are not an aggressor and if you honestly and reasonably believed force was necessary to protect yourself from imminent harm. Some courts also require non-culpability in bringing about the situation in arguing self-defense. For example, you cannot follow somebody and initiate a contact where you could have safely retreated at the beginning. That being said, self-defense may be an appropriate argument under certain sets of circumstances.

Most of the cases that involve self-defense are state assault and battery cases or homicide/manslaughter cases. At the federal level, certain statutes protect federal employees and agents from assault. In one of these scenarios it could be possible for a defendant charged with a federal assault statute to argue self-defense. Particularly, the defendant may argue that they either did not know that the force being employed was against a federal officer (mistake- discussed below) or that they reasonably believed that the force used was necessary and reasonable to protect themselves from harm.

Lack of intent
In every felony criminal case, the government must prove that the defendant intended to commit the alleged crime- that it was not a mistake or happenstance. A crime can only be committed when a person commits an act or a purposeful omission in order to accomplish an unlawful purpose. It is necessary that this person have the required bad intent; that is, that he/she committed the act purposefully in order to achieve the illegal result.

The defense of lack of intent to commit the crime is commonly applied in fraud cases where it may be clear that a defendant committed the act, as alleged by the government, but the act was done without the requisite intent, thereby negating the illegality. Circumstantial evidence will be an important aspect of the government’s case when proving intent because there is usually a lack of direct evidence showing what someone was thinking at the time of the alleged offense.

Entrapment
Entrapment is a defense where the person argues that an official or authority figure improperly induced a person to commit a crime that the person was not predisposed to commit. The defense of entrapment is often applied when an official or authority figure is conducting undercover operations. The defendant may argue that if not for the coercive actions of the undercover agent, the defendant would not have committed a crime.

Duress
Duress is an act committed against one’s will brought under threats of death or bodily harm. Generally, duress can only be used if: (1) the threat was to kill or grievously injure, (2) the actor reasonably believed the threat was genuine, (3) the threat was present, impending and imminent at the time of the crime, and (4) the threat was reasonably unavoidable. In Dixon v. United States, 548 U.S. 1 (2006), the Supreme Court held that for the purposes of federal criminal law, duress is an excuse. The Court also held that a defendant could be made to carry the burden of proof at trial that he acted under duress and must show evidence establishing all of the elements of that defense. This defense has been applied to all types of federal cases from narcotics conspiracies to complex fraud schemes.

Mistake
There are two different types of mistakes—mistakes of law and mistakes of fact. And, while ignorance of the law is not a defense, ignorance of a fact that made the alleged action illegal may be a defense. The mistake defense can only be used in offenses that are not strict liability cases such as statutory rape—a common strict liability crime. It is not uncommon for a defendant to utilize the mistake in certain situations that involve the true identity of some person. In these cases, the defendant’s mistake of identity would negate or cast reasonable doubt on an element of the crime he/she has been charged with. The mistake defense may pose several legal issues at trial when it is plead by a defendant. This is where the help of a capable attorney is critical.

Individual and corporate clients from across the United States who seek protection against expected or pending criminal charges and government investigations hire Dr. Nick Oberheiden and his team. Contact us today.