6 Ways to Protect Yourself After Receiving a Federal Grand Jury Subpoena - Federal Lawyer
Skip to content
We will protect your rights, reputation and freedom. Nationwide Federal Defense, Compliance and Litigation. 95% Success Rate. 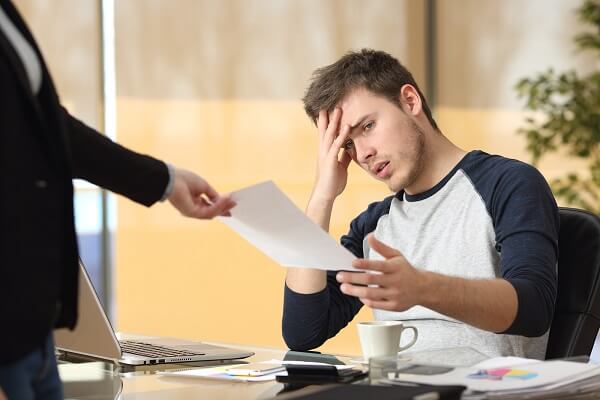 Upon being served with a federal grand jury subpoena, the process of protecting yourself begins immediately. Whether you are being targeted in the government’s investigation or you are currently being treated as a witness (or, as is often the case, you have no idea), the risks of inaction are substantial, and you need to make informed decisions in order to mitigate your risk of federal prosecution.

While the potential consequences of being served with a federal grand jury subpoena are immense, there are many strategies available to protect yourself as well. This includes strategies to be deployed while preparing your response and extends beyond the culmination of the grand jury proceedings. From challenging the subpoena itself to challenging the grounds for indictment, federal grand jury recipients need to be prepared to defend themselves at all stages of the process.

When communicating with the U.S. Attorney’s office, your defense lawyer will generally seek to obtain the answers to questions such as:

In many cases, opening a dialogue with the U.S. Attorney’s Office can substantially limit the burdens of responding to a federal grand jury subpoena while also providing key insights for developing an overall defense strategy.

2. Filing a Motion to Quash

If direct communications with the U.S. Attorney’s Office do not result in satisfactory reduction of the scope of the subpoena, then it may be necessary to file a motion to quash in federal district court. Although it is unlikely that the judge will quash the subpoena entirely, since the U.S. Attorney’s Office has the authority to issue grand jury subpoenas without prior judicial approval, federal judges will often be receptive to tailored and well-reasoned motions focused on limiting subpoena recipients’ testimony or document production obligations. Depending upon the scope and language of the subpoena as well as the particular circumstances involved, potential grounds for filing a motion to quash a federal grand jury subpoena include:

3. Thoroughly Preparing Your Testimony or Document Production (or Both)

Assuming that you will likely have at least some obligation to testify or produce documents (which is one of the few assumptions you can make during a federal investigation), concurrently with undertaking efforts to challenge the subpoena, it is also necessary to begin preparing your response. Due to the amount of time and effort involved, you cannot afford to await the outcome of any negotiations or formal court challenges before beginning this process. The steps involved in responding will depend on whether you received a federal grand jury subpoena ad testifacandum (requiring testimony) or a federal grand jury subpoena duces tecum (requiring document production); however, the volume of work involved in responding to both types of subpoenas is substantial.

For both targets and witnesses, failing to adequately respond to a federal grand jury subpoena can potentially lead to charges for contempt. As a result, regardless of your role in the government’s case, you need to ensure that you submit a legally-compliant response.

A key consideration involved in responding to a federal grand jury subpoena is preserving the attorney-client privilege. Regardless of whether you are being treated as a target or a witness, any communications between you and your legal counsel are privileged against disclosure in federal grand jury proceedings. As a result, not only does the privilege allow subpoena recipients to withhold potentially-incriminating information; but, by engaging defense counsel to assist in the subpoena response process, activities and communications undertaken in response to the subpoena can be protected as well.

Critically, the attorney-client privilege protects more than just direct communications (i.e. emails and text messages) themselves. It also protects documents prepared by or in conjunction with legal counsel as well as other records generated as a result of or in relation to the attorney-client relationship. Due to the potential breadth of the privilege and the importance of preserving it, privilege-related considerations should factor greatly into both the preparation of grand jury testimony and the production of documents in response to a federal grand jury subpoena duces tecum.

When responding to a federal grand jury subpoena, individuals have the right to assert the Fifth Amendment privilege against self-incrimination. However, the privilege does not apply to business entities targeted in federal grand jury investigations, nor does it apply to individuals who are subpoenaed in their capacity as the records custodial of a business entity. With regard to producing documents, federal courts have held that the contents of requested documents are not subject to the Fifth Amendment privilege. However, if the act of producing documents is itself incriminating, then it may be possible to assert the privilege in response to a subpoena duces tecum.

6. Filing a Motion to Dismiss the Grand Jury’s Indictment

Suppose you do everything in your power and the grand jury still returns an indictment. Does this mean that a federal trial (or plea deal) is now inevitable? Not necessarily.

There are a number of potential grounds for challenging an indictment. Depending upon the events that transpired during the grand jury proceedings, you may be able to file a motion to dismiss the indictment based upon:

Request a Free Consultation with a Federal Defense Lawyer at Oberheiden, P.C.

Our experienced federal defense lawyers and former federal prosecutors are available to discuss your grand jury subpoena. To find out if you have grounds to challenge the subpoena and to being preparing your response with the protection of the attorney-client privilege, call 888-680-1745 or request a free initial consultation online now.