Home » I am accused of an Internet Crime – will I go to prison?
Quick Practice Area Locator
Computer & Internet Crimes, Criminal Law & Process

I am accused of an Internet Crime – will I go to prison? 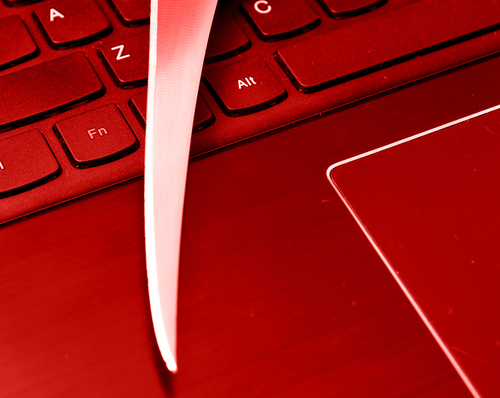 As the use of electronic media continues to increase, so does the number of crimes that are committed by using the Internet. When the Internet first emerged, there were no laws in place to govern behavior in cyberspace. Over the last two decades, however, legislation has begun to catch up with technology. Now a variety of laws exist which criminalize certain activity on the Internet. Below is a summary of some of the more prevalent Internet crimes and details about how they can be punished.


How Are Internet Crimes Prosecuted?
The anonymity and ubiquity of the Internet often makes it difficult to locate, identify, and punish guilty participants. The U.S. Federal Bureau of Investigation (FBI) and the Federal Trade Commission (FCC) have dedicated and appointed IT and law enforcement experts and created special task forces to combat the unlawful abuse of the Internet.

Several statutes have recently been enacted by Congress to further combat Internet crimes. Among this legislation is the Preventing Real Online Threats to Economic Creativity and Theft of Intellectual Property Act of 2011 and the CAN SPAM Act of 2003. Already in 2001, Section 1030 of the U.S. Computer Fraud and Abuse Act, which carries draconian penalties for unauthorized accesses to computers, was significantly amended through the U.S. Patriot Act.

Will I Go To Prison?
Despite the difficulty of catching offenders using the Internet, recent conviction rates show that the federal government’s task forces have had success to locate and convict online offenders. Depending on the particular circumstance of a case and the offense charged, federal courts have significantly increased their sentencing criteria to support federal law enforcement in their efforts to investigate and fight Internet related crimes.
The United States Sentencing Guidelines (“the Guidelines”) usually assign a basic offense level of six to most network crimes. Then, a prosecutor must determine whether any specific offense characteristics and adjustments may apply. For example, the base offense level typically increases based on the amount of monetary loss the defendant caused. The Guidelines also impose a graduated increase in offense level based on the number of victims harmed. Other factors that could contribute to an increase in offense level include extraterritorial conduct, trafficking of unauthorized or counterfeit access devices, access or distribution of private information, and intentional damage.

For example, the United States Attorney’s Office for the Northern District of Texas recently issued a press release concerning a Texas man who was sentenced to 188 months in federal prison after pleading guilty to one count of transporting and shipping child pornography. Details about the case can be found on the Department of Justice web site.

And Texas is not the only jurisdiction ratcheting down on cybercrime. On a national level, prosecution of Internet crimes is becoming more common and widespread with sentences ranging from less than a year to upwards of 60 years.

What Should I Do When I am Accused of a Computer Crime?
As seen, Internet crimes and computer offenses can carry heavy sentences. When you are accused of having committed a computer or Internet crime, time is of the essence. You must act fast and should immediately consult with experienced defense lawyers to avoid heavy sentences. Act now. Hire experienced attorneys.

About Our Law Firm
Oberheiden, P.C. is a group of highly trained and effective federal defense lawyers. Our team consists of former federal law enforcement officers such as a former federal prosecutor and former supervisory special FBI agent. We offer free consultations 24/7. You will NEVER speak with a paralegal, secretary, or junior lawyer. We will send you straight to the best senior attorney. Contact us today.