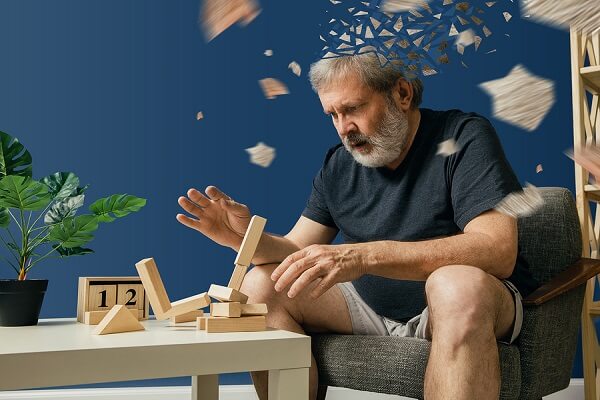 According to the National Institutes of Health (NIH), it is estimated that more than 5.5 million Americans may suffer from Alzheimer’s disease. Among other things, this means that diagnosing and treating seniors with Alzheimer’s disease presents a significant opportunity for neurologists, psychiatrists, geriatricians, and other healthcare providers to help people in need – and to bill Medicare, Medicaid, and private insurers for their services.

Due to the high volume of aging patients who receive diagnostic and treatment services for Alzheimer’s disease each year, doctors, nursing homes and other providers that bill for Alzheimer’s-related services often face close scrutiny from the insurance companies and the federal and state agencies that oversee Medicare and Medicaid. Recently, private insurers, the Centers for Medicare and Medicaid Services (CMS), the U.S. Department of Justice (DOJ), and the U.S. Department of Health and Human Services’ Office of Inspector General (OIG), among others, have intensified their review of billings related to testing for Alzheimer’s disease.

There are several ways to test for Alzheimer’s, and certain of these tests are eligible for private insurance and benefit program reimbursement. However, excessive testing, billing for ineligible assessment methodologies, and various other issues have made Alzheimer’s testing a hot-button issue in the world of healthcare billing compliance. As with most issues in the realm of healthcare fraud, while most doctors who test patients for Alzheimer’s disease are entirely well-intentioned, a relatively high volume of honest mistakes and a few bad apples have led to intensive oversight and aggressive enforcement.

Private insurers, Medicare, and Medicaid all offer varying coverage levels and options for Alzheimer’s testing. While there are various potential compliance issues related to Alzheimer’s testing (which we discuss in detail below), one threshold issue is the simple fact that there are so many diagnostic options available. Furthermore, while these tests allow doctors to diagnose aging patients with dementia with relative certainty, they often come up short in pinpointing the exact cause of a patient’s condition. As summarized by the Alzheimer’s Association:

“There is no single diagnostic test that can determine if a person has Alzheimer’s disease. Physicians (often with the help of specialists such as neurologists, neuropsychologists, geriatricians and geriatric psychiatrists) use a variety of approaches and tools to help make a diagnosis. Although physicians can almost always determine if a person has dementia, it may be difficult to identify the exact cause.”

There is also ongoing research focused on determining whether and to what extent certain blood tests may able to assist in pinpointing Alzheimer’s disease as the cause of a patient’s dementia.

So, what’s covered, and what isn’t? Medicare covers “cognitive assessments” for Alzheimer’s testing, but the details that are publicly available to doctors and patients are limited. The same is true with regard to Medicaid, and private health insurance coverage for Alzheimer’s testing varies widely from one company to the next. In short, determining when a cognitive assessment or other test for Alzheimer’s disease is eligible for coverage is not an easy task; and, although this is the case, healthcare providers are still expected to maintain strict billing compliance with regard to all patients.

With these considerations in mind, neurologists, psychiatrists, geriatricians, and other healthcare providers must be extremely careful to avoid billing mistakes that could expose them to recoupments, fines, exclusion, and other penalties in the event of an audit or investigation. Some of the most-common compliance issues that create legal exposure for providers include:

As a general rule, Medicare, Medicaid, and private insurance companies only provide coverage for services that are deemed “medically necessary.” In this context, the definition of medical necessity is determined by the terms of the particular program or insurance company. While mental health screenings and cognitive assessments are generally covered, conducting a high volume of assessments may suggest that some or all of the assessments are frivolous (regardless of whether this is actually the case), and this can lead to an audit or investigation.

As we alluded to above, not all types of Alzheimer’s testing are eligible for reimbursement. For example, PET scans (which typically cost upwards of $3,000) are not eligible for Medicare reimbursement when used for Alzheimer’s testing. Even if it is determined that a particular type of test is necessary in order to accurately diagnose the cause of a patient’s dementia, if the test isn’t covered then billing for it constitutes a form of healthcare fraud.

3. Billing for Novel (and Non-FDA-Approved) Tests

Billing for new Alzheimer’s tests that have not yet been proven and that have not yet received approval from the U.S. Food and Drug Administration (FDA) can be charged as healthcare fraud as well. This includes the new blood testing methodologies that are currently undergoing trials.

Doctors who accept payments (and other forms of compensation) from nursing homes, home health agencies, and other providers that serve aging patients with Alzheimer’s are at risk for being prosecuted under the federal Anti-Kickback Statute. Similarly, the federal Stark Law prohibits doctors from engaging in unlawful transactions with entities with which they have qualifying financial relationships. Both of these statutes are extremely broad, and many doctors commit violations unknowingly.

5. Other Billing and Coding Errors

Both intentional and unintentional billing and coding errors can trigger healthcare fraud audits and investigations. This includes submitting the wrong billing code, transposing numbers, and billing at a higher reimbursement rate than the one allowed. Although evidence of intent is required in order to establish criminal culpability, even providers whose billing administrators inadvertently make mistakes can face substantial civil penalties.

Ensuring Billing Compliance with Regard to Alzheimer’s Testing

These are just a few examples of the numerous compliance issues facing physicians that bill Medicare, Medicaid, and private insurers for Alzheimer’s testing. Learn more about the core elements of an effective healthcare fraud compliance program.

Speak with a Healthcare Compliance Attorney at Oberheiden, P.C.

If you are concerned that your practice’s compliance efforts may be inadequate, if you are thinking about expanding your practice to include Alzheimer’s testing, or if you have any other questions or concerns about federal healthcare compliance, we encourage you to contact us for a confidential consultation. To speak with a healthcare compliance attorney at Oberheiden, P.C., call 888-680-1745 or inquire online now.