Are you under investigation by the FBI, the DEA, or the IRS? Are agents from the Department of Justice or the Department of Homeland Security showing up at your business or your house? Did you receive a grand jury subpoena or a target letter? Are you concerned that the government is after you? Is it time to consult with our experienced Little Rock federal criminal defense attorneys who only handles federal cases?

Featured by media stations across Arkansas, Arkansas criminal defense lawyer Dr. Nick Oberheiden has built a track record of having avoided criminal charges in hundreds of federal cases (including in every single grand jury investigation!) against his clients. Nick has turned criminal cases into civil cases, convinced prosecutors to stop investigations, and saved the professional license of a plethora of doctors and other professionals accused of federal fraud.
Unlike most other lawyers you may find online, Nick does not take domestic violence, DUI, or assault cases. Why? Because just like a spine surgeon does not do dentist work on a side, Nick believes that a true federal lawyer should not get involved in state offenses (like DUI). So, if you are looking for features that distinguish Nick from virtually all other criminal defense lawyers: Nick’s practice is 100% federal law and Nick’s track record is 100% federal.

There is a reason why media stations and clients from across the United States seek Nick’s advice when it comes to federal litigation, federal criminal defense, and government investigations—because this is exactly the type of work Nick does for his clients. Do you have questions about a federal situation? Call Nick today and get his experience on your team! 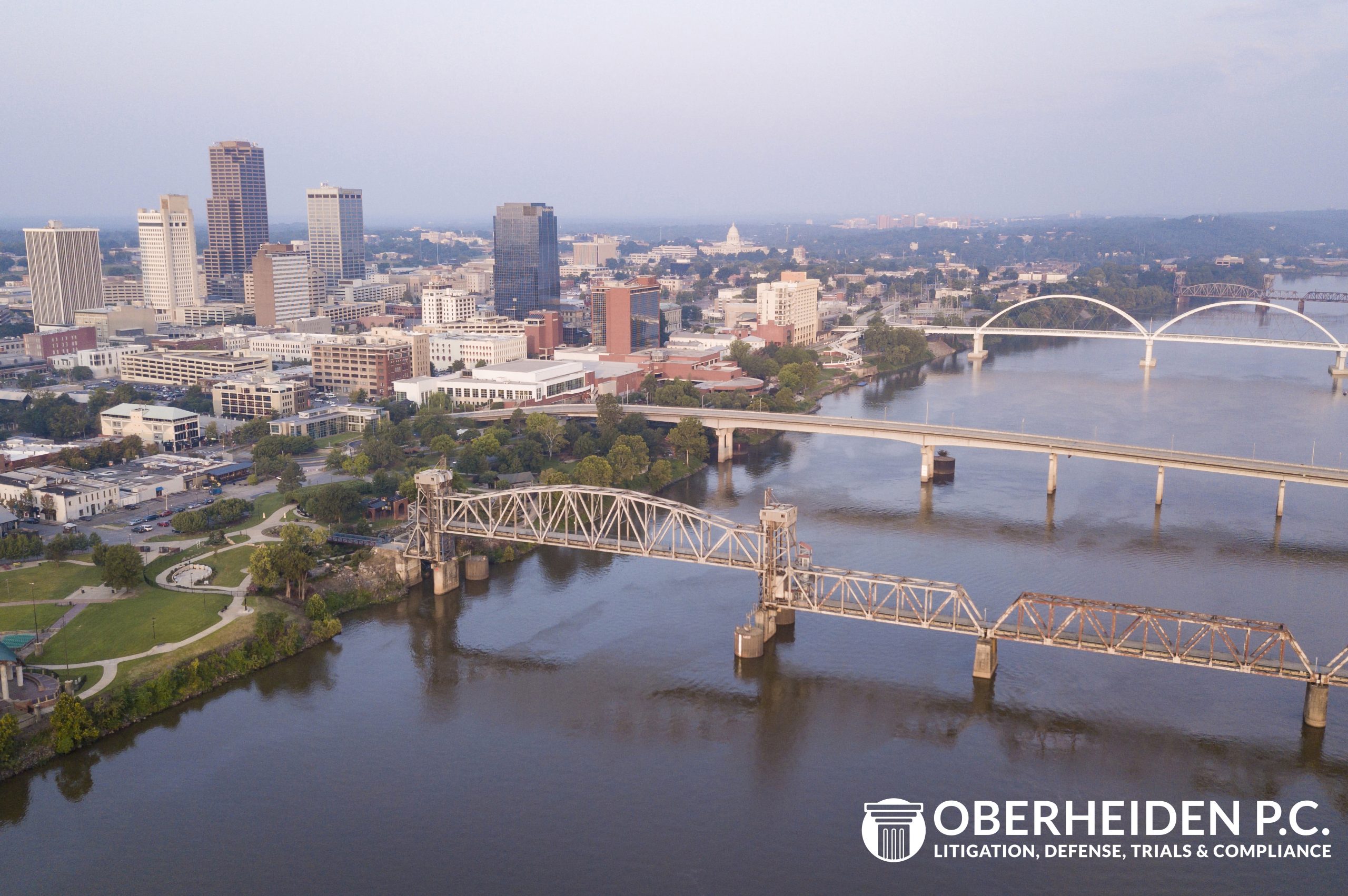 Federal cases are not the same as a DUI or shoplifting offense. Nothing is scarier than facing the Department of Justice and the FBI trying to prosecute you. In federal cases, you simply can’t wait to hire a lawyer; you can’t experiment and start off with the wrong lawyer. By the time you realize that you hired a clueless lawyer, you may already be charged. Nick is not a DUI defense attorney and he is the wrong lawyer to call for shoplifting. However, when the United States government, the Department of Justice, the Little Rock U.S. Attorney’s Office, the FBI, the IRS, the DEA, or the OIG-HHS agents are after you, you may consider Nick’s federal experience to avoid jail or to get the case dismissed.

Little Rock and Arkansas are experiencing new heights in federal law enforcement investigations. Not a single week goes by without reports about new FBI and DEA takedowns, search warrants, arrests, and indictments alleging violations of federal law. In general, federal prosecutors from the U.S. Attorney’s Office in Little Rock, Arkansas (425 W Capitol Ave, Suite 500, Little Rock, Arkansas 72201) with the help of investigators from the FBI, the IRS, the DEA, the Office of Inspector General, the Department of Homeland Security, and other federal law enforcement agencies prosecute federal offenses.

How Does Sentencing in Federal Cases in Little Rock, Arkansas Work?

Federal judges in Little Rock, Arkansas tend to follow, certainly consider, the uniform (but not mandatory) Federal Sentencing Guidelines. Under the guidelines, the U.S. Probation Office makes a sentencing recommendation to the presiding judge after a defendant plead guilty or was convicted at trial. Probation officers follow a point system, by which points can be added or reduced based on the role of the defendant, the gravity of the offense, the prior criminal history, and many other factors. At the sentencing hearing, the judge will hear the government and the defense attorney’s arguments to conclusively determine the appropriate case outcome.

Will I Go to Jail If I Am Under Federal Investigation?

Pursuing a proven and effective defense strategy can best avoid jail time with an experienced Little Rock federal criminal defense attorney as early as possible in the case. The sooner you visit with the right lawyer, the more likely you will be able to explain your side of the story, introduce defenses and explanations, and walk away without charges or jail time. So, if you want to minimize your chances to end up federally incarcerated, call our experienced Little Rock federal criminal defense lawyers immediately.

What Should I Do When FBI or DEA Agents Want to Interview Me?

When FBI or DEA agents want to interview you, you should politely decline. You should insist on your lawyer’s presence and you should never speak to federal law enforcement, regardless as to how innocent you are, without first consulting with a lawyer that can explain the significance of an FBI interview to you.

What Should I Do When I Receive a Grand Jury Subpoena from the U.S. Attorney’s Office in Little Rock, Arkansas?

If you receive a grand jury subpoena from the U.S. Attorney’s office for the Eastern District of Arkansas or the Western District of Arkansas, you should immediately get legal advice from a federal defense attorney because you or your company might be under government investigation. A federal grand jury must determine against whom to bring felony charges. The fact that your business is considered a source of information is troublesome and you should not take this lightly. Many people end up being charged because they missed the opportunity to clear their name and involvement in a case when there was time to do so. Arkansas serving grand jury attorney Dr. Nick Oberheiden has represented countless companies and executives, physicians, and businesses in federal grand jury investigations—and built a hard to beat track record of avoiding charges on behalf of his clients.

How Can I Engage Nick’s Services?

The easiest step in your case is to connect with Nick. Call 888-851-4897 and reach Nick directly. No secretary, no junior lawyer. Nick will find the time to discuss your questions, free and confidential, and will give you concrete and honest guidance how he can help you without ruining your budget.

Dr. Nick Oberheiden is admitted to practice in all federal courts in Arkansas and his practice in Arkansas is limited to federal law. If you would like to speak with a trusted Little Rock federal criminal defense lawyer, call Nick or meet him in Arkansas, call him directly on his mobile phone, including on weekends, at 888-680-1745. You can also contact him online. All consultations are free and 100% confidential.