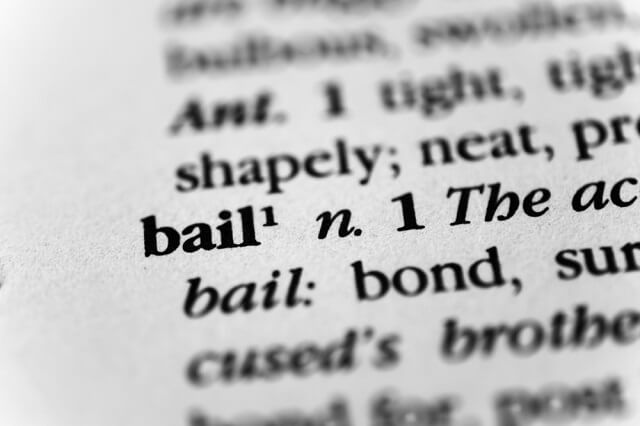 Many of our clients are surprised when they find out how different federal court is from state court proceedings. Indeed, it is often said that state and federal criminal cases differ in a number of ways. One illustration of these differences is the question of bail and bond. There is a fundamental difference between state and federal court proceedings with respect to bail and pretrial detention.

Bail. Bail typically refers to some form of money or other property pledged to persuade a court to be released from jail. Bail in state court is common, but bail in U.S. federal courts is an exception. Bail bondsmen are rarely used in federal court because the focus in pretrial detention hearings is not whether someone has enough financial resources to pay bail. Instead, the court seeks to impose conditions, not the pledge of property items, that guarantee a defendant’s return to the court.

Non-Compliance. The judge will educate the defendant about the consequences of non-compliance, which include the revocation of release as well as the imposition of a new charge for violating a federal judge’s order.

Getting bond in a federal case is important. If you are facing a federal proceeding or if a detention was ordered against you, you should consult with the attorneys of Oberheiden, P.C. to explore your options for release or appeal.

Call us today and let us review your case for free. Call 888-680-1745 find out how we can get you federal bond or how to appeal a detention order against you.

Challenges. Needless to say, there are challenges. Pre-trial release is not guaranteed in every case. Among the more problematic things that could happen in a drug case pre-trial detention hearing is the judge’s concern about the defendant’s criminal background and the involvement of weapons. If the defendant has prior arrests or convictions for drug-related offenses, the best defense counsel will aggressively emphasize the presumption of innocence of the accused, his deep integration in lawful society, and other triggering factors to convince the federal judge to favor release.

Recent Victories
Let us mention only one recent case outcome, in which the attorneys of Oberheiden, P.C. were successful in overcoming significant challenges in a federal drug detention hearing. In that case, our client was accused of being a member of a federal drug conspiracy. Our client had a long history of drug possession, drug distribution, and drug dealings with law enforcement and courts across the country. The client also had past assault charges, domestic violence, and aggravated assault charges on his criminal record. Additionally, the client was considered a federal fugitive for not turning himself in. Our attorneys took over the case, we presented the client to the judge, and argued every single reason why the client should not be in detention. The government presented the client’s criminal drug past and put every legal argument forward to deny bond and to incarcerate our client. After a highly contested hearing, the court granted our pre-trial release and issued a very favorable bond for our client.
Oberheiden, P.C.
National Criminal Defense
Former Federal Prosecutors and Experienced Defense Attorneys
888-680-1745
www.federal-lawyer.com