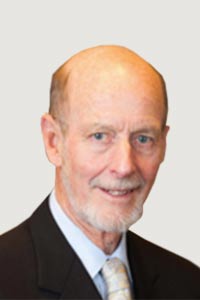 Tunkey is a recognized trial attorney who offers clients in Miami and throughout South Florida more than 30 years and hundreds of cases of experience.

S.  Supreme Court.  To this day, no student will become a lawyer without knowing the landmark U. S.  Supreme Court decision of Strickland v. Washington, 466 US 668 (1984), in which the U. S. Supreme Court unified conflicting state and federal approaches regarding a defendant’s fair trial protection under the Sixth Amendment. Under the authorship of Justice Sandra Day O’Connor, the Court formulated the still valid standard to determine a trial lawyer’s discretion to introduce mitigating circumstances and ruled that Mr. Tunkey, the lead counsel of Mr. Washington, satisfied the test and provided effective assistance of counsel to his client.

Accolades and Admissions.  Bill has been recognized as one of Miami’s and Florida’s finest and most respected criminal defense attorneys. For well over thirty years, Bill has earned and maintained preeminent “AV” ratings with major professional peer reviews such as Martindale Hubbell and Super Lawyers (a service of Thomson Reuters).  Bill is licensed to practice throughout Florida. He is admitted to the United States District Court’s for the Southern and Middle districts of Florida, the U.S. Tax Court, the U.S. Supreme Court and the 11th Circuit Court of Appeals.  He has appeared pro hac vice in federal and state courts across the United States.

Bill and his family live in the Miami, Florida area.

Mr. Tunkey is the founder of the William Tunkey Law. 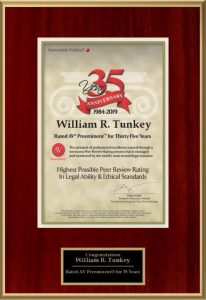