CGX, PGX, and Other Testing Laboratories are on the Front Lines of Telemedicine Fraud Investigations - Federal Lawyer
Skip to content
We will protect your rights, reputation and freedom. Nationwide Federal Defense, Compliance and Litigation. 95% Success Rate.

CGX, PGX, and Other Testing Laboratories are on the Front Lines of Telemedicine Fraud Investigations 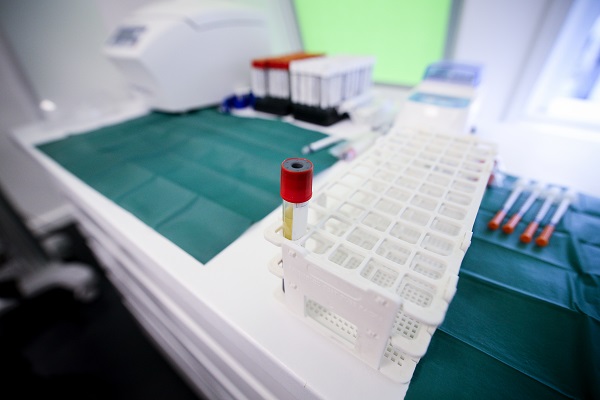 Are you being investigated for CGX or PGX fraud? Are you stressed and concerned about your rights, your reputation and your livelihood?

Let me put your mind at ease. We have handled over 1,000 federal cases and we know the best strategy to successfully win your case. Here’s why clients give us 5-star ratings on Google and AVVO:

1. Only a highly experienced “trial-ready” attorney will work on your case. Never a paralegal or junior attorney.
2. Former FBI – Former DOJ Staff – Former U.S. Attorney
3. My team is available by email, phone and text. We want to make sure you have easy access for any questions.
4. No one beats our track record: 45 states (1,000+ Cases)
5. We don’t surrender – we fix!

Don’t settle for anything less than what you deserve!

Call or text me now to discuss the details of your case.

Toxicology laboratories that work with telemedicine companies and marketing groups to identify Medicare beneficiaries and obtain testing orders can receive tens of millions of dollars per month in program-reimbursed funds. This makes them prime targets for federal healthcare fraud investigations.

Toxicology laboratories play a central role in modern healthcare. Once a physician assesses a patient’s symptoms and makes a preliminary differential diagnosis, laboratory testing confirms (or disaffirms) the physician’s suspicions so that the physician can prescribe and implement an appropriate course of treatment.

While this basic model has been around for decades, recent developments are changing the way that doctors interact with patients. In turn, toxicology laboratories are being forced to adapt the way they provide their services. In particular, the growth of the telemedicine industry has dramatically changed the patient care landscape; and, while there is nothing inherently unlawful about telemedicine, the relationships and interactions involved raise a number of potential issues under the federal Medicare billing regulations as well as the False Claims Act, the Anti-Kickback Statute, and various other federal laws.

Why are federal authorities (including the U.S. Department of Justice (DOJ), the Federal Bureau of Investigation (FBI), and the Office of Inspector General (OIG)) targeting telemedicine practice and testing laboratories’ role in telemedicine in particular? In a typical scenario, there are four parties involved (other than the patient), all of whom potentially stand to receive payment from Medicare – either directly or indirectly from another provider:

So far, nothing here should raise red flags (other than the fact that some marketing groups illegally buy and sell names of Medicare beneficiaries). However, from the toxicology laboratory’s perspective, there are a number of potential issues that can trigger Medicare fraud liability. Common factors leading to DOJ, FBI, and OIG investigations include:

In many cases, unbeknownst to the toxicology laboratory, the marketing group and telemedicine company are specifically targeting patients who are likely to be in need of expensive testing. Even the physicians involved may not be entirely aware of the volume and routine nature of their telemedicine practice (at least in comparison to the more “traditional” types of doctor-patient relationships). When high volumes of similar reimbursement requests generate from the same source, federal authorities will frequently view this as a potential red flag for Medicare fraud.

Once again, there is nothing inherently wrong with expensive testing. In the majority of cases, testing fees that appear “expensive” on their face will be fully justified by the capital investments and operating costs the tests require. However, with some types of tests and screenings – including CGX and PGX – having reimbursement rates as high as $18,000 per test, federal authorities are going to take a close look whenever a laboratory is collecting millions of dollars per month in high-dollar Medicare reimbursements.

One of the biggest issues for toxicology laboratories targeted in Medicare fraud investigations involves the nature of their relationship with the other entities involved in the telemedicine business. Ultimately, everyone gets paid; and, oftentimes, these other entities’ payment comes in the form of referral fees and other payments that qualify as illegal “kickbacks” under federal law. Under the Anti-Kickback Statute, it is illegal to pay referral fees and other forms of remuneration out of Medicare-reimbursed funds. So, if a laboratory pays a physician or telemedicine company for testing referrals, if it has any type of compensation-based relationship with a marketing group that sells lists of beneficiaries, or if it is a party to any other types of prohibited relationship, it can face civil or criminal prosecution under the Anti-Kickback Statute.

The other main issue for toxicology laboratories involves the requirement of “medical necessity.” Under the Medicare billing guidelines, all services billed to Medicare must meet the program’s definition of medical necessity. If a test is not medically necessary, then it is not eligible for reimbursement, and the simple act of billing for the test (even setting the actual receipt of payment aside) can be enough to trigger liability under the False Claims Act and the federal wire fraud statute, 18 U.S.C. § 1343, among other federal laws.

Of course, toxicology laboratories rely on physicians to only order medically-necessary tests, and they often rely heavily on physicians’ use of sound judgment when billing Medicare for testing services. Unfortunately, relying on a physician’s apparent medical judgment is not a defense in a federal Medicare fraud investigation. The volume of testing orders can come into play here as well, with the same tests being ordered over and over again potentially suggesting a lack of medical necessity.

Throughout the telemedicine cycle, lack of documentation is a pervasive issue. With regard to medical necessity in particular, a dearth of clear, patient-specific physician notes is generally going to be a problem for the physician and the testing laboratory. As part of their compliance efforts, toxicology laboratories should implement safeguards to ensure the receipt, generation, and storage of adequate documentation, so that when federal agents come knocking they are prepared to prove that their Medicare billings are valid.

With these considerations in mind, what can toxicology laboratories that routinely conduct CGX, PGX, and other forms of testing do to protect themselves in the event of a federal investigation?

If your toxicology laboratory’s telemedicine-related Medicare billings are under investigation, our federal defense lawyers can use their experience to protect you. For more information about our Medicare fraud defense practice, or to speak with a member of our defense team about your telemedicine investigation in confidence, call 888-680-1745 or request a free initial case assessment online now.