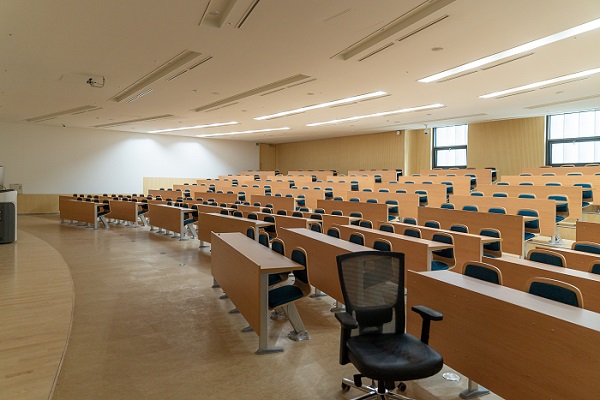 On Tuesday, March 12, 2019, the U.S. Department of Justice (DOJ) announced that it is actively pursuing charges against dozens of wealthy and high-profile parents, exam administrators, school counselors, and university sports team coaches in connection with an alleged admissions scheme involving Edge College & Career Network LLC (“The Key”) and the Key Worldwide Foundation (“KWF”), both owned and operated by William “Rick” Singer. According to a DOJ Press Release, the alleged scheme operated from 2001 through February 2019, shortly before Singer pled guilty to charges of conspiracy to commit racketeering, conspiracy to commit money laundering, conspiracy to defraud the United States, and obstruction of justice.

The parents, administrators, counselors, and coaches charged in connection with the alleged scheme are currently facing multiple charges carrying the potential for substantial penalties, including years or decades of incarceration in federal prison. Aside from Singer and one other defendant, charges are still pending against all of those who have been implicated in the scandal to date, and several have self-surrendered to federal authorities in jurisdictions from Massachusetts to California.

What are the Allegations?

The DOJ has alleged that the parents, administrators, counselors, and coaches involved in the alleged scandal variously participated in three separate schemes related to college admissions and recruitment. The DOJ has termed these (i) the College Entrance Exam Cheating Scheme, (ii) the College Recruitment Scheme, and (iii) the Tax Fraud Conspiracy:

The DOJ is also alleging that Singer payed approximately $25 million on behalf of certain parents in order to, “bribe coaches and university administrators to designate their children as purported athletic recruits, thereby facilitating the children’s’ admission to [the coaches’ and administrators’] universities.” Singer allegedly funneled certain payments through KWF as purported charitable donations, while making other payments directly to some athletics coaches. Allegedly, Singer disclosed that this service was offered to parents who wanted a guarantee that their children would gain admission to the parents’ chosen college or university.

By disguising certain payments as charitable donations through KWF, Singer allegedly assisted several parents in obtaining unlawful tax deductions. According to the DOJ, several of the parents involved in the alleged scheme filed tax returns claiming charitable deductions based upon letters from KWF which stated, “Your generosity will allow us to move forward with our plans to provide educational and self-enrichment programs to disadvantaged youth,” and that “no good or services were exchanged” for the parents’ supposed donations.

What are the Charges?

According to the DOJ, the charges filed against the parents, administrators, counselors, and coaches accused of taking part in the alleged schemes include:

Honest services mail fraud is a federal crime under 18 U.S.C. § 1341 and 18 U.S.C. § 1346. Potential penalties include statutory fines and up to 20 years of federal imprisonment. Mail fraud involves any use of the USPS, UPS, FedEx, or any other private carrier in connection with the perpetration of a fraudulent scheme, while the U.S. Supreme Court has defined “honest services fraud” to include, “fraudulent schemes to deprive another of honest services through bribes or kickbacks supplied by a third party who ha[s] not been deceived.” In this case, the DOJ is alleging that parents, administrators, counselors, and coaches deprived other students and the affected colleges and universities of honest services by improperly gaining admission.

Under 18 U.S.C. § 1349, conspiracy to commit honest services mail fraud carries the same penalties as commission of the underlying offense. As a result, regardless of whether an individual parent’s or coach’s attempt to facilitate improper college or university admission was successful, that parent or coach can still be at risk for statutory fines and up to 20 years of federal imprisonment.

Many individuals charged in connection with the alleged scandal are also facing charges for conspiracy to commit mail fraud or wire fraud not specifically related to “honest services.” These are extraordinarily broad charges that do not require evidence of a “successful” bribe or submission of a fraudulent SAT or ACT score. Potential penalties include statutory fines and up to 20 years of federal imprisonment.

Under federal law, money laundering involves any attempt to conceal the source or nature of a payment or transaction. This includes misrepresenting alleged bribes as charitable donations or contributions. Under 18 U.S.C. § 1956, potential penalties for money laundering (and conspiracy to commit money laundering) include fines of $500,000 or twice the value of the fraudulent transaction, whichever is greater, and up to 20 years of federal imprisonment.

“Racketeering” is a general term used to describe a variety of federal offenses that involve attempting to disguise illegal or fraudulent payments as legitimate transactions. The federal racketeering statute, 18 U.S.C. § 1962, applies specifically to the types of fraud and bribery alleged by the DOJ in connection with the purported college admissions and recruitment scandal. Under 18 U.S.C. § 1963, individuals convicted of racketeering can face statutory fines, forfeiture of any interest gained as a result of the racketeering activity, and up to 20 years of federal imprisonment.

In addition to facing conspiracy charges, certain defendants are also facing direct charges for honest services mail fraud and wire fraud. As noted above, the penalties for these federal offenses include statutory fines and up to 20 years of federal imprisonment.

Where Have the Cases Been Filed?

To date, federal prosecutors have filed charges in 11 separate federal jurisdictions from coast to coast. These include the jurisdictions where parents charged in the scandal reside, as well as those where certain of the colleges and universities involved in the scandal (including Georgetown, Stanford, University of Southern California (USC), University of Texas, Wake Forest, and Yale) are located. While the DOJ has publicly stated that more charges are likely to come, cases are currently pending in:

What is the Current Status of the DOJ’s Investigation?

To date, the DOJ has charged four individuals by information, it has obtained 13 indictments, and it has filed complaints against 33 separate individuals. Singer has pleaded guilty on all counts and is currently awaiting sentencing. Several defendants have made their initial appearance, several others have already self-surrendered or negotiated their surrender with the DOJ, and the remainder are still being sought by federal authorities.

Oberheiden, P.C. is a federal criminal defense law firm with a nationwide presence. Headquartered in Dallas, Texas, the firm consists of 16 defense attorneys, all of whom have extensive experience in federal practice. Led by firm founder Dr. Nick Oberheiden, the firm’s defense team also includes several former DOJ trial attorneys and prosecutors with the U.S. Attorney’s Office; and, together, the firm’s lawyers have centuries of combined experience on both sides of high-stakes and high-profile federal cases. Meet the team.

Oberheiden, P.C.’s federal defense lawyers are available to represent individuals charged in connection with the DOJ’s sweeping and highly-publicized investigation. Parents, administrators, coaches, and other individuals who have been charged – and those who are concerned that they may be at risk for facing charges – are encouraged to contact the firm for a confidential initial consultation.

To speak with a senior attorney on Oberheiden, P.C.’s federal criminal defense team, please call 888-680-1745 or contact us online. You can reach us 24/7, and if you need emergency assistance we can put you through to one of our lawyers immediately.