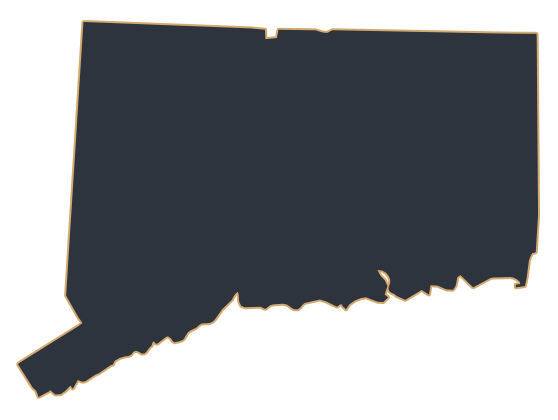 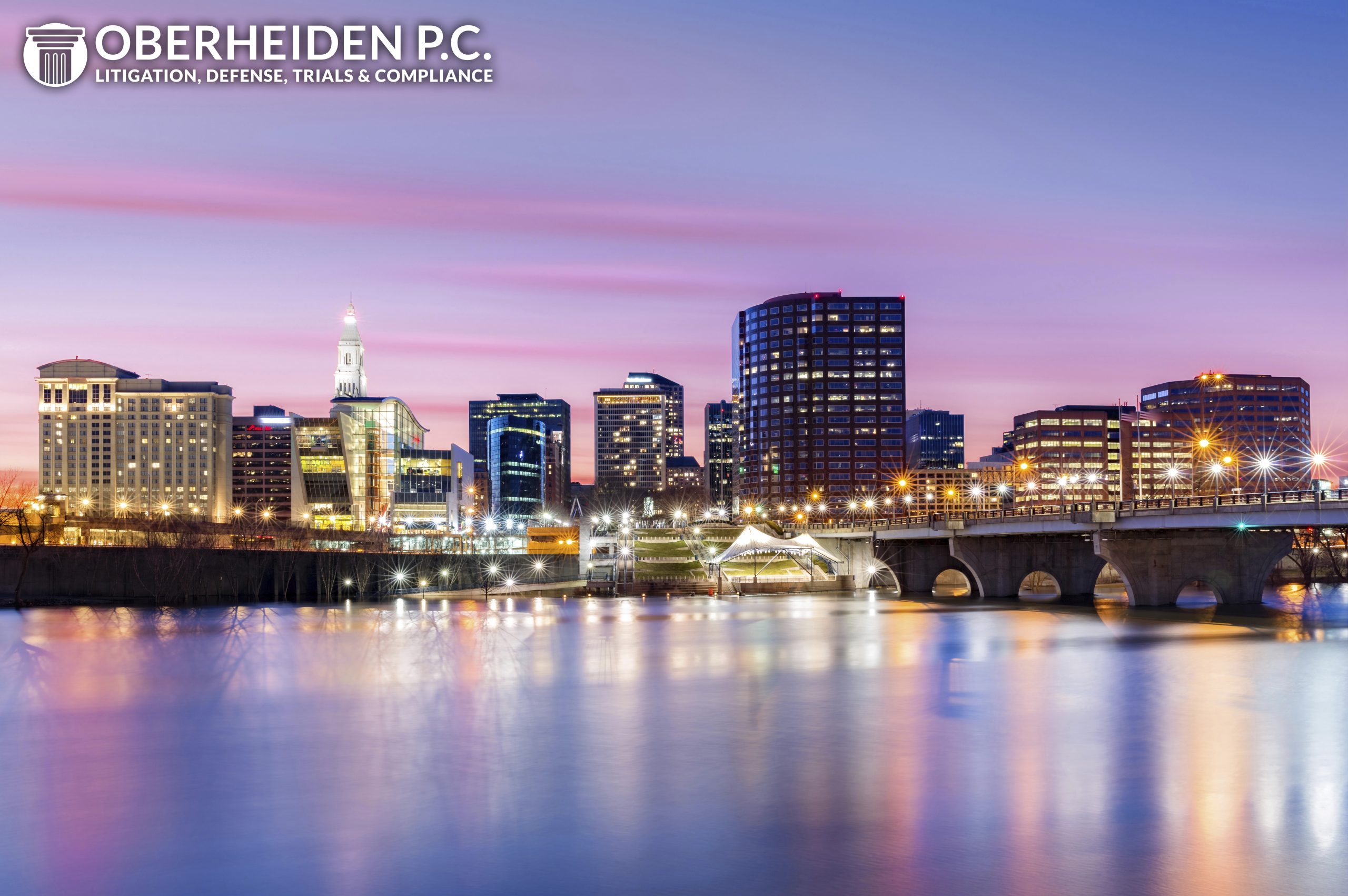 Oberheiden, P.C.’s experienced Connecticut federal criminal defense lawyers represent clients in the United States District Court for the District of Connecticut (D. Conn.) and will help you prepare for the possibility of a trial.  If you have been arrested by federal authorities, have received a subpoena or target letter, or if your home or business has been raided by DEA, FBI, IRS, or OIG agents, do not delay in contacting us.  When it comes to federal criminal litigation, nothing beats our record of success.

Crimes such as drug trafficking, sexual abuse, and fraud can carry potential life sentences, and many other crimes carry the potential for years, if not decades, of prison time, and unlike in most state cases, in the federal criminal justice system, there is no possibility for parole.  Call our Connecticut federal criminal defense attorneys today and put the experienced attorneys of Oberheiden, P.C. to work for you because the sooner you begin the process of defending yourself against government allegations, the better.

The Constitution State is only one of the many states our attorneys have represented criminal defendants in trials in.  Our team has pooled years of valuable experience and many of our attorneys are former federal prosecutors who know about the federal litigation process inside and out.  Our Connecticut federal criminal defense lawyers are available to represent clients in the District Court for the District of Connecticut (D. Conn.)

Oberheiden, P.C.’s team of attorneys explores all available possibilities to achieve the best possible result for you or your business.  Negotiation leading to a plea deal can be a worthwhile strategy, but our attorneys have also had success in simply convincing federal authorities to drop charges entirely, even after a federal indictment has been issued.  We will work hard to restore your freedom and way of life.

We understand that you have an important choice to make when choosing the right counsel to defend you against federal allegations.  That is why, from the moment you call us, a relationship of trust and confidence begins.  Our firm works diligently to craft an effective and pointed defense against federal criminal allegations against you or your business.  Our Connecticut federal criminal defense attorneys make it a habit to continuously update our clients and inform them about new developments and the process, at all stages of litigation.  Here are some recent results in federal criminal cases.

There are several stages before an indictment is issued:  the investigation, search warrants, administrative subpoenas, pre-charge resolution, and intervention.  We will begin our discussion at the indictment stage, however.  Indictments are routinely used by the federal government as a formal means to issue charges in federal criminal cases.  If an indictment has been issued, it usually signals that the U.S. Attorney’s Office has successfully presented evidence to a grand jury who has found “probable cause,” to implicate you or your business in federal crime or crimes.

Following an indictment, a knowledgeable federal defense team will launch an internal investigation.  Your Connecticut federal criminal defense lawyers will need to ascertain things such as:

Once your defense team gathers this important information, it can begin to piece together an effective pre-trial strategy, which can and should happen rather quickly.

Just because you have been indicted or arrested, it does not necessarily signal that you are headed to court.  A lengthy pre-trial process exists, and an accomplished attorney will know to utilize this time wisely by tapping into various legal defense strategies such as poking holes in the U.S. Attorney Office’s case, raising various legal and factual arguments, and challenging the government’s investigative procedures.

4. Negotiations with the U.S. Attorney’s Office

One of the most important aspects of a successful defense is understanding how to effectively communicate with the Assistant United States Attorneys (AUSAs) assigned to your particular case.  Your attorneys could gain a pre-trial release, reduced charges, or reduced sentencing (or dropping charges entirely) in this manner.

In addition to negotiating with the U.S. Attorney’s Office, your defense team can take numerous other actions to help your cause.  For example, your lawyers should be filing motions, responding to motions, attending pre-trial hearings, and partaking in a multitude of other formal legal procedures.  These methods can often lead to charges being dropped or evidence being excluded from trial, which betters your odds significantly.  Pre-trial litigation often leads to significant leverage that is necessary in plea deal negotiations.

The possibility of discovering evidence that warrants termination of the proceedings prior to the verdict, as well as the possibility of reaching a favorable plea deal, still exists even if your case does indeed go to trial.  Your defense team still has the opportunity to protect you during sentencing and reserves the right to challenge the outcome of the trial on appeal grounds, even if a guilty verdict is rendered against you.

If your court date is approaching and your case is still pending, your attorneys need to aggressively represent you at trial and prepare in all aspects of the case.  There are multiple steps your lawyers can take, not limited to:  cross-examining the government’s witnesses, questioning the government’s evidence, and presenting various legal defenses, before a verdict can be rendered.Learn more: What Are My Options after Being Federally Indicted?

At Oberheiden, P.C., we believe that only proven, experienced counsel should represent you in federal litigation matters.  This is why our firm does not employ junior law associates or paralegals.  Our battle-tested Connecticut federal criminal defense attorneys, many of whom are former prosecutors, understand the process and that the stakes are too high at the federal level.

Our nationally recognized attorneys have represented clients all over the U.S. (including Connecticut) and will provide a free and confidential assessment of your case involving allegations of:

Each federal case has a different set of facts and unique circumstances involved.  However, there are still important and effective strategies your attorneys can take in order to proceed with the most effective legal strategy available:

How the Experienced Connecticut Federal Criminal Trial Attorneys at Oberheiden, P.C. Can Help

Oberheiden, P.C. routinely defends physicians, nurses, lawyers, accountants, business owners, politicians, and anyone else seeking professional help against investigations involving the Drug Enforcement Agency (DEA), the Federal Bureau of Investigation (FBI), the Department of Justice (DOJ), the U.S. Attorney’s Office, the IRS, the Department of Homeland Security (DHS), and many others.  Our Connecticut federal criminal defense attorneys have experience which includes:

Will the government be able to use all the evidence it has against me?

It depends. Generally, federal prosecutors will try to use all evidence they have against you at trial. However, in some cases, federal law enforcement agents may have seized evidence in violation of your constitutional rights. For example, by taking a statement from you without the presence of your attorney or by illegally searching your home or business. In other situations, in the federal government may come across certain evidence during its investigation that is inadmissible at trial based on other evidentiary rules. If you were recently indicted, contact a dedicated Connecticut federal criminal defense attorney to discuss your situation.

When should I consult with a federal defense attorney?

The best time to contact a Connecticut federal criminal defense attorney is as soon as you learn that you are under investigation for a crime. The federal system is much different than the state criminal justice system in that prosecutors typically fully prepare their case before filing charges. Thus, by the time you learn that the Department of Justice intends on charging you with a crime, they are well ahead of you in terms of preparation. Reaching out to an experienced Connecticut federal criminal defense attorney as quickly as possible will ensure that your rights are protected.

At Oberheiden, P.C., our Connecticut federal criminal defense attorneys take pride in the fact that we have a national reputation of success for our federal litigation defense work.  We have become a source for experienced knowledge for clients and media outlets alike.  Led by its founding attorney, Dr. Nick Oberheiden, our law firm boasts an impressive record of federal litigation experience from both sides.  This is because many of our attorneys are former prosecutors who understand what is necessary in order to obtain a positive result against the government.  Call Connecticut federal criminal defense lawyers for a free assessment today.

Our attorneys can help you develop an effective strategy to shield you from federal allegations of fraud or misconduct.  Our Connecticut federal criminal defense attorneys have decades worth of trial and pre-trial experience in the federal jurisdiction and advise our clients at all stages of the process.  It starts with a free and confidential consultation.

Schedule Your Free and Confidential Case Assessment at Oberheiden, P.C.

Call us at (888) 519-4897, or tell us how to reach you online now if you are facing federal charges in Connecticut.  A Connecticut federal criminal defense attorney in our defense team is standing by 24/7, and we will work hard to help you regain your freedom, license, and way of life. This information has been prepared for informational purposes only and does not constitute legal advice.