While federal whistleblower statutes serve an important role in our society, they also present extreme risks for corporations and other businesses. Not only do these statutes make it extraordinarily easy for individuals (who are often disgruntled former employees) to file damaging claims, but they also require federal authorities to investigate when the basic requirements for pleading a whistleblower claim have been met. This, coupled with the financial incentive provided to whistleblowers (or “relators”), means that companies in all industries are at high-risk for qui tam litigation, and those that fail to defend themselves effectively can face substantial federal penalties and reputational harm.

In today’s world, brushing off a whistleblower claim is simply not an option. Not only will relators (and their plaintiff’s attorneys) and federal prosecutors vigorously pursue damages and relator compensation, but in many cases companies will face follow-on retaliation claims as well. As a result, companies facing whistleblower claims need to take swift and proactive measures to protect themselves, and they must also prepare themselves for the possibility of protracted federal and administrative litigation.

At Oberheiden, P.C., we bring centuries of federal experience to defending clients in whistleblower litigation. This includes all stages of the qui tam process – from government investigation and intervention through trial – as well as retaliation litigation and related civil claims. If your company is being targeted in a whistleblower lawsuit, there are steps you need to take immediately. To speak with a one of our Qui Tam Defense Attorneys in confidence, call 888-519-4897 now.

Whistleblower litigation is unique in a number of key respects. Most fundamentally, it involves a lawsuit filed by a private citizen on behalf of the federal government. The government relies on whistleblowers to share information that it would not be able to discover otherwise, and it compensates them handsomely for their efforts: Under the False Claims Act, for example, relators can receive anywhere from 15% to 30% percent of the amount the government recovers in the litigation. Depending on the scope and nature of the allegations involved, this can potentially be millions of dollars.

Whistleblower cases are also unique in that they involve direct interaction with the U.S. Department of Justice (DOJ). The DOJ has a legal obligation to investigate all facially-compliant whistleblower complaints; and, if it decides to “intervene” in the case, the DOJ will prosecute the case directly. For companies that are used to facing civil litigation involving private counterparties, going up against the vast resources of the DOJ is a different experience entirely.

At Oberheiden, P.C., our practice is devoted to federal defense, and we have successfully represented companies across the country in qui tam litigation. In addition, several of our defense lawyers formerly served as prosecutors and trial attorneys with the DOJ. As a result, we are able to offer our clients an in-depth perspective on whistleblower claims, and we are able to efficiently build defense strategies that are tailored specifically to the DOJ’s approach to investigation, intervention, and prosecution.

When you choose Oberheiden, P.C. to represent your company in federal whistleblower litigation:

Are you accused of a federal crime?

Don’t delay. Learn about your rights and speak with a whistleblower defense attorney today.

Strategic Defense at All Stages of Federal Whistleblower Litigation

There are several stages involved in the qui tam litigation process; and, when facing a whistleblower claim, it is essential to tailor your defense to each individual stage. In our practice, our Qui Tam lawsuit defense team will work to pursue favorable outcomes at each stage in light of the unique legal, factual, and procedural aspects involved:

Upon being served with a whistleblower complaint, the target company’s work begins immediately. There are deadlines that apply, and getting out in front of the government’s investigation can be critical to framing the complaint in a favorable way. Whistleblower complaints often contain sweeping allegations and generalizations that belie the truth of the matter at hand, and targeted organizations must work swiftly to prevent false allegations and mischaracterizations from getting out of hand.

3. The Government’s Decision on Intervention

Based on the evidence obtained during its investigation, the government will choose to either intervene in the case (in which federal prosecutors will pursue the case directly) or decline further involvement. Preventing government intervention is a major success, as relators have a much more difficult time pursuing whistleblower claims independently. In fact, in many cases the evidence (or lack thereof) will be such that the relator will not move forward with the case if the government declines to intervene.

If the government decides to intervene, it will often – though not always – be in the target company’s best interests to negotiate a pre-trial resolution. In federal whistleblower cases, settlement is an option similar to private civil litigation. However, if the government’s decision is misguided, or if there are constitutional or other defenses available that call the government’s ability to win a verdict into question, then it may be in the target company’s best interests to fight for a pre-trial dismissal of charges or take the case to court.

When we take federal whistleblower cases to trial, we continue our team approach and utilize our senior attorneys’ varied backgrounds and skillsets to present strong cases for dismissal. The trial process for qui tam actions is similar to the trial process for other types of claims, and our whistleblower defense lawyers call upon their experience in more than 500 federal trials to strategically defend our clients. 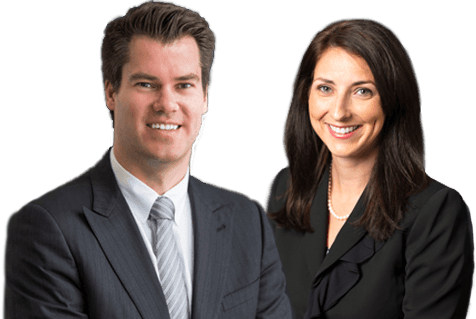 While the complexity of federal qui tam litigation presents some unique challenges, it also means that companies targeted in whistleblower complaints have a variety of potential types of defenses available. When you engage our firm to represent you, we will assess all available defense options and build a comprehensive and cohesive defense strategy that is designed to protect your company to the greatest extent possible. Some of the types of defenses available in qui tam litigation include:

If your company is facing a federal whistleblower complaint, we encourage you to contact us promptly for a free initial case assessment. To speak with senior attorneys on our federal defense team in confidence, call 888-519-4897 or inquire online now.

Contact the Experienced Attorneys of Oberheiden P.C. Now for a Confidential Consultation

Find out what the important difference is! Contact us today

Do You Offer Weekend Consultations?

All initial consultations with senior attorneys and partners of Oberheiden, P.C. are free of charge, address your most pressing concerns, and are 100% confidential. Call us today: 888-519-4897

We Dismissed Federal Indictments We Obtained Acquittals at Trial We Stopped Hundreds of FBI, DEA, OIG Investigations We Secured Probation You simply cannot afford to come in second place in federal cases. Call us today: 888-519-4897