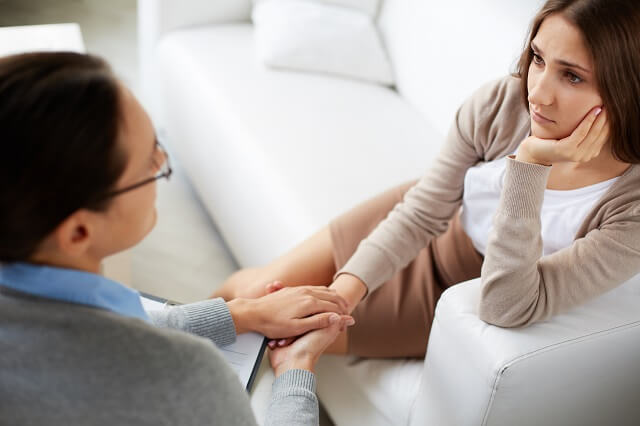 Whether your practice received a ZPIC audit, a RAC, or any other notification of fraud suspicion, don’t allow inexperienced attorneys to experiment with your license and your reputation. Call Oberheiden P.C. today and speak to attorney Dr. Nick Oberheiden and his team. No junior lawyer will handle your consultation or your case.

The Government Investigates Psychiatrists Across the Country

A recent wave of criminal indictments against psychiatrists in New York, Connecticut, Texas, and several other states suggests that the U.S. Department of Justice, the U.S. Attorney’s Office, the Office of Inspector General (OIG), the FBI, the Medicaid Fraud Control Unit (MFCU), and other agencies have intensified their scrutiny when it comes to psychiatrists.

In these cases, the government investigated a variety of alleged misconduct. While the majority of targeted psychiatrists were investigated for billing fraud such as upcoding and billing for services not provided, several others became victim of the government’s war against opioid prescribers and ended up being charged with violations of the Controlled Substances Act pursuant to 21 U.S.C. 841.

In any of these investigations, it is important to realize the difference between a criminal defense lawyer and a healthcare fraud defense lawyer. One of the reasons Oberheiden P.C. does have the track record of avoiding and dismissing healthcare fraud charges is because we stay away from classic criminal defense lawyers’ tactics (“The government must prove you had intent”)– because they don’t work in healthcare cases. Instead, if you call our senior attorneys, you will quickly understand that healthcare fraud investigations follow their own rules and that defense strategies for murder and drunk driving cases simply won’t work. Keep your license, call Oberheiden P.C. today.

Signs That Your Practice May Be Under Fraud Investigation

Few indictments come without prior warning signs. Interpreting critical indications at an early stage when there is ample opportunity to resolve fraud allegations without the involvement of the Justice Department or the FBI remains a largely underestimated skillset. If you experience any of the following symptoms of an investigation, please call Dr. Oberheiden right away.

Don’t make the common mistake. Don’t underestimate what appears to be a simple patient chart audit. If your practice is targeted in any way, you might want an experienced attorney to assess the significance of that right away. Physicians, psychologists, psychiatrists, and medical business owners from across the country trust attorney Dr. Nick Oberheiden. Find out today what Nick and his team of former government attorneys can do for you.

Example 1: A Houston psychiatrist was recently sentenced to 150 months in prison for submitting false and fabricated bills for psychiatric services. A jury found the Psychiatrist guilty of using partial hospitalization program services, PHP, when no such services were in fact provided. In this context, PHP stands for an intensive outpatient treatment protocol for those patients suffering unusually severe mental illness. If PHP services were actually provided, the jury took the position that treatment was provided for patients who did not qualify for such services given their overall health condition according to expert testimony. The case was charged as a healthcare fraud conspiracy resulting in lengthy prison sentences for numerous co-defendants. The case was investigated by various healthcare fraud enforcement agencies such as the Medicaid Fraud Control Unit (MFCU), the FBI, the Medicare Fraud Strike Force, the Office of Inspector General, and special agents with the FBI.

Example 2: A federal judge in Connecticut recently sentenced a local psychiatrist to two years in federal prison for prescribing medically unnecessary opioids in violation of the federal Controlled Substances Act (21 U.S.C. 841). The focus of the investigation was the psychiatrist’s prescriptions of Adderall and Xanax to cash paying patients.

Example 3: Federal prosecutors in Rochester, New York, recently charged a physician for allegedly providing fraudulent psychiatric medical services to commercial insurance patients. The Justice Department’s allegations are twofold. For one, the government claims that the defendant billed for office visits that in fact did not occur. For another, government lawyers allege that the physician’s documentation, treatment protocols, and notes provided no basis for the billing codes. The case has been investigated by the local U.S. Attorney’s Office, the FBI, the Department of Health and Human Services (HHS), the Office of Inspector General (OIG), and investigators from various private health insurances and is still pending.

Example 4: A New York psychiatrist was recently charged for fraudulent coding in connection with psychiatric services. The government alleges that the physician used inappropriate CPT codes that could not be justified by the documentation and treatment notes that the government previously seized by way of a search and seizure warrant. If convicted, the psychiatrist could suffer exposure of up to ten years for each count under 18 U.S.C. 1347 (federal healthcare fraud).

Example 5: Federal prosecutors in the District of Connecticut recently settled a False Claims Act probe into a local psychiatrist clinic. The psychiatrist agreed to reimburse Medicare for having submitted false claims in connection with urine drug testing on a regular and routine basis resulting in close to $ 1m of unnecessary expenses. The underlying allegation was that the psychiatrist over-billed and up-coded by using multiple drug testing levels despite the fact that Medicare would only recognize one level of billing. The case originated as a whistleblower complaint.

If you find yourself in the position that the government is scrutinizing your practice, sends agents to interview you, or puts you under a patient chart audit, you need to immediately visit with experienced counsel to control the situation. Almost every healthcare fraud indictment originated with an audit at some point. Avoid these common mistakes:

Protect Your License with Oberheiden P.C.

Contact Nick Oberheiden today for a free and confidential consultation. Remember, so many of your colleagues have talked to Nick before– and are lucky and relieved that they are still practicing medicine without anyone ever knowing that they went through difficult times. Nick awaits your call, including on weekends.