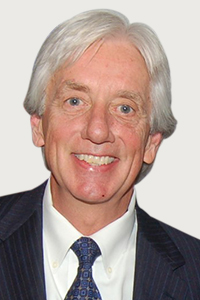 Mr. Smith started his solo practice as the Law Office of Daniel A. Smith in Jacksonville in 1986 in the Morris Building at 2064 Park Street where the firm continues to this day.

Practice Focus
The firm’s private clients hire Mr. Smith on Florida criminal cases ranging from misdemeanors to first degree felonies, and Federal indictments and grand jury investigations, including a large number of maritime investigations of environmental crimes. In addition to his private work, Mr. Smith has maintained his membership on the Criminal Justice Act panel, serving the Court and the public of the Jacksonville Division of the Middle District of Florida by accepting court appointments for indigent clients. These cases run the full gamut of Federal offenses, including Hobbs Act Robbery, Wire and Mail Fraud, Drug Trafficking, Kidnapping, Bank Robbery, Identity Theft, Firearms Offenses, and Conspiracies of every variety.

Ethics and Professionalism
For more than 25 years, Mr. Smith has held the “ AV “ highest rating awarded by attorney rating firm Martindale-Hubbell for professional competence and ethical conduct. Mr. Smith has vigorously defended criminal cases in state and Federal courts throughout Florida for 40 years without ever being sanctioned or disciplined by any bar or court.

Public Service and Professional Associations
As noted by the Hon. Gerald Tjoflat of the Eleventh Circuit Court of Appeals, service on the Criminal Justice Act Panel is “in the nature of pro bono work”. Mr. Smith devotes substantial time to repesentation of indigent clients, and in 2017 was recognized by the Jacksonville Chapter of the Federal Bar Association with the annual Spirit of Giving award by Chief Judge Timothy J. Corrigan. Mr. Smith has previously served as the President of the Northeast Florida Association of Criminal Defense Lawyers and the President of the Jacksonville Chapter of the Federal Bar Association.