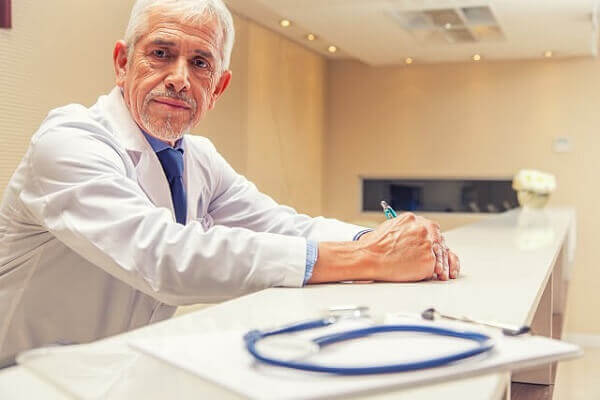 You have practiced medicine for many years, perhaps for decades. Patients treasure you because you are dedicated and committed to their needs. Throughout your career you have experienced the joy of working with patients that you made feel better and healthier. Your medical license is in good standing and you have no criminal history in your adult life.

One day you see police officers and federal agents approach you with an arrest warrant. In total shock, you are being told that you are accused of healthcare fraud, violations of opioid prescription rules, and even manslaughter. The police officer arresting you just informed you that a patient has died of a drug overdose while the patient was in your medication management care. You are accused of homicide. Your world has begun to collapse.

The Scenario just Described Is Real. More than ever before, physicians of all specialties— including pain management specialists, internal medicine physicians, and family medicine doctors— are the new criminal targets of state and federal law enforcement. The core allegation that these cases against medical providers have in common is that the government claims that the prescribing physicians deviated from the accepted standards of medicine when prescribing opioids to their chronic pain patients. If this deviation caused the death of a patient, the charge can be manslaughter.

A Doctor Suspected of Homicide? According to official statistics, approximately 90 people die in the United States every day due to a drug overdose. Many of them (numbers vary per statistics, but it is generally understood that about 25,000 people die of a prescription overdose annually) are under the care of a physician and receive pain medication that fall under Schedule I or Schedule II categorizations of the Control Substances Act. Often times, it is the combination of the patient’s consumption of legal (e.g. oxycodone) and illegal (e.g. cocaine) drugs that leads to accidental deaths.

Patient Monitoring. The government’s position is that physicians are under an obligation to control their patients and to make sure that patients only receive medically necessary prescriptions—and only if they are 100% compliant with the physician’s orders. That said, the patient’s simultaneous use of narcotics from other doctors or consumption of illegal street drugs is the declared monitoring responsibility of the prescribing physician.

Current Homicide Prosecutions Against Doctors. When it comes to manslaughter in connection with opioid prescriptions, prosecutors have begun to criminally charge hard-working physicians (despite spectacular careers) with homicide claiming that these physicians have recklessly caused the death of their patients by authorizing inappropriate pain medications. Manslaughter so understood is the unlawful killing in the absence of malice aforethought in reckless disregard for life. For example, Section 15.05 of the New York Penal Code defines “recklessly” with respect to a death of another human being when the actor is “aware of and consciously disregards a substantial and unjustifiable risk that such result will occur or that such circumstance exists.” Recklessly does not mean intentional or deliberate. Instead, similar to a tragic car accident, in which the driver fatally hits a pedestrian (e.g. because the driver was drunk or because the driver was distracted by texting), no is no intent or deliberate or willful conduct is required.

Sentencing. If found guilty, the expected sentence typically runs between 1-3 years as a minimum and up to 15 years per count on the higher end. Don’t let this happen to you! Call renowned attorney Dr. Nick Oberheiden right now to discuss your case.

Attorney Dr. Nick Oberheiden has built a substantial track record of representing physicians who are accused of fraud and alleged unsafe handling of controlled substances. In cases spanning the entire United States, Nick has successfully defended medical providers of all specialties against unfair and (sometimes) absurd government fraud charges. In many cases, in which he was contacted early on, Nick made sure to avoid criminal charges and public humiliation for his clients.
Attorney Dr. Nick Oberheiden has personally handled hundreds of healthcare investigations involving the U.S. Attorney’s Office, the Federal Bureau of Investigation (FBI), the Department of Defense (DOD), the Department of Justice (DOJ), the Office of Inspector General (OIG), the Department of Health and Human Services (HHS), and other law enforcement agencies. Many of Nick’s cases are targeted against physicians for alleged violations of the Anti-Kickback Statute, the Controlled Substances Act, and other criminal healthcare fraud laws.

Over the years, Nick has built a substantial track record of avoiding criminal charges against his medical provider clients. This specific experience and his almost exclusive practice focus on healthcare fraud defense matters cause physicians from across the nation to hire Nick to suppress, fight, and defend unjust allegations of professional misconduct.

How to Defend Involuntary Manslaughter in Pain Medication Cases

Involuntary manslaughter in pain medication cases is fundamentally different to defend than an in voluntary manslaughter charge in, for example, a car accident situation. The reason for this is that none of the traditional homicide defenses apply in the specific context all narcotics. Thus, classic criminal defense lawyers are used to introducing a self-defense, the defense of another person, infancy, or some other form of a mental disease or defect as the standard canon of accepted defenses for manslaughter cases. None of these defenses is of any use to save a physician in a prescription manslaughter case.

Attorney Dr. Nick Oberheiden has the experience and track record needed to defend physicians against allegations of fraud, abuse, and wrongful conduct. Nick has a track record of protecting physicians’ licenses and livelihoods in criminal narcotics cases, including those involving accidental overdoses.

The key in manslaughter opioid cases is to demonstrate that the death of the patient was neither caused nor contributed to by the doctor. In other words, it is not a defense but the element of “causation” that matters. Under federal and state criminal laws, the government has the burden to prove that the prescriptions were issued recklessly and in this regard to the patient’s life and safety. That is a hard burden to meet. In fact, the government lawyers must prove that your prescriptions were medically unnecessary and inappropriate under the circumstances of the patient’s health, condition, and medical history. Because lawyers have no authority to decide what is and what is not medically necessary (fact that prosecutors often forget), ultimately a medical expert will have to determine the appropriateness of the prescription.

The successful and compelling use of this line of arguments requires an understanding of the Controlled Substances Act and corresponding guidelines when it comes to opioid prescriptions. No defendant should experiment with his or her lawyer in this sensitive and highly specialized area of law—because there will be no second chance.

Successful case resolutions—you keep your license and you will not be charged with a crime—are never accomplishable by being passive or simply defending a case. If you call Nick Oberheiden today, Nick will show you how a proactive defense approach is the only way to go in healthcare cases. Contact him today and discuss your matter with Nick directly in a free and confidential consultation.