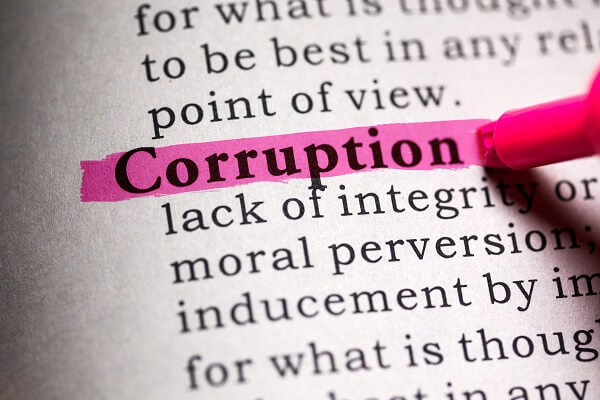 What is Public Corruption?

In almost all public corruption cases, the government combines charges of public corruption with charges of conspiracy, in order to increase the number of defendants it can charge and the probability of getting a conviction.  A conspiracy occurs when two or more individuals jointly agree to participate in criminal activity.  Conspiracy charges are especially common in public corruption cases because most cases naturally involve two players – the individual making the bribe or illegal payment and the public official who accepts the bribe or illegal payment.

Public corruption takes place in a wide variety of settings and in numerous different manners.  At America’s borders, public officials may accept illegal bribes to allow the transport of illegal drugs, undocumented migrants, or undeclared goods into the United States.  Within American prisons, a prison guard may accept payments or other compensation to turn a blind eye to illegal activity occurring within the prison walls.  During election campaigns, a political candidate may commit ballot fraud or accept campaign donations that contravene campaign finance laws.  Each of these activities would fall within the broad definition of public corruption.

As noted, public corruption is a federal crime that is investigated by federal agents and prosecuted by federal prosecutors.  However, all public officials – from the federal government down to state and local officials – are subject to federal anti-corruption laws. Federal anti-corruption laws also apply to American public officials stationed abroad.  To this end, in 2008, the FBI launched the International Corruption Unit, a specialized unit within the FBI focused on combatting pubic corruption by government officials taking place outside of the United States.  Such corruption is especially common in countries where accepting bribes is seen as a natural or regular part of doing business.

The penalties public officials face for charges of public corruption crimes include hefty criminal fines, long periods of incarceration in federal prison, and repayment of the government’s damages as a result of the public official’s corrupt activities.

A public official facing allegations of public corruption must choose his lawyer wisely.  The public official should ask any potential defense attorney these 3 CRUCIAL QUESTIONS:

Early Intervention. Smart clients do not wait until charges have been filed against them to hire a defense attorney.  Most federal investigations go on for months and even years before charges are ever filed.  As soon as you learn of the existence of an investigation that may, even peripherally, involve you, it is wise to hire an attorney to represent your interests. Having a defense attorney to guide you through the investigative process is immensely beneficial if or when any criminal charges are eventually filed.  A good defense attorney will help address your most pressing concerns, such as: What activities are under investigation? What are the charges and penalties?  What agency is conducting the investigation?  Additionally, a defense lawyer will be your representative to the government agents throughout the investigation so that you do not inadvertently cast suspicion or incriminate yourself.

Challenging the Evidence. Prosecutors bear the heavy burden of proving – beyond a reasonable doubt – that a defendant committed each element of a crime.  In public corruption cases, this is an especially heavy burden as the government must show the existence of unlawful payment or activity.  The attorneys at Oberheiden, P.C. voraciously attack the government’s evidence to demonstrate the weakness of the prosecutor’s case.  Through this method, we methodically work to achieve the following outcomes for our clients:

Showing Lack of Intent. In order to convict a public official of a crime of corruption, the government must prove – beyond a reasonable doubt – that the public official intentionally acted in an unlawful manner.  At Oberheiden, P.C., we routinely help our clients prevail against criminal charges by demonstrating that our clients lacked the necessary intent to commit the crimes with which they have been charged.

Oberheiden, P.C. is a team of former Department of Justice trial attorneys, former Assistant United States Attorneys, former federal and former special federal prosecutors, as well as experienced federal defense attorneys who represent public officials and other professionals across the country, including across the state of Texas in cities like Dallas, Houston, Austin, Tyler, McAllen, Laredo, El Paso, and San Antonio, who are facing investigations and indictments for federal criminal charges.  We have a proven record of successfully helping clients defeat or avoid criminal charges.

We are available every day of the year, including weekends. You can call us directly, complete our contact form or email us.