The Department of Justice Is Increasing Prosecution of Toxicology Laboratory Fraud 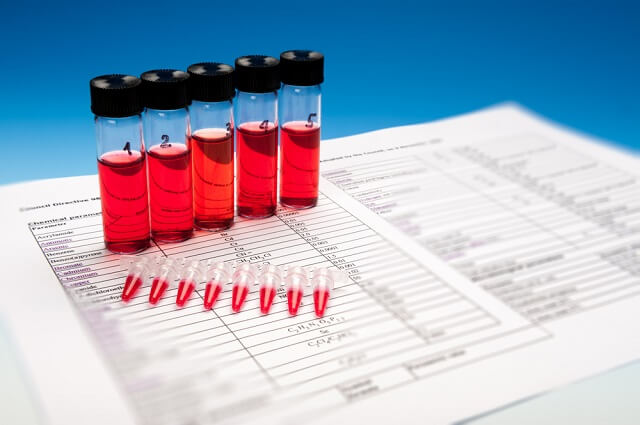 Lately the federal government has reiterated its commitment to investigating and prosecuting laboratories suspected of unethical billing and testing practices. Throughout the United States, federal prosecutors have emphasized their commitment to aggressively pursuing laboratories that submit fraudulent bills to federal healthcare companies, such as Medicare, Medicaid, and TRICARE. The government crackdown coincides with a recent slew of law suits by private healthcare providers against laboratories accused of billing for indiscriminant or unnecessary tests.

What Is Laboratory Fraud?

Anti-Kickback. One common form of laboratory fraud occurs when laboratories offer improper incentives to doctors for referrals. Such incentives may include the payment of kickbacks or the provision of free equipment, such as urine cups, in exchange for the doctor’s promise to refer patients to a particular laboratory. In some cases, the doctors themselves have been accused of holding financial interests in the laboratories they refer testing to.

False Claims Act. Another common form of laboratory fraud involves billing healthcare providers for indiscriminant or unnecessary testing. For example, fraud occurs where a laboratory performs and bills for tests that are unrelated to a patient’s particular illness or injury. Likewise, laboratories commit fraud if they charge a healthcare provider for tests that are never performed.

Stark Law. Many laboratories are syndicated these days and co-owned by physicians that refer their patients’ sample to the laboratory in which they have a financial interest. While this concept may work within certain safe harbors, mistakes occur when, for example, carved out commercial labs, process and bill for federally funded patients such as Medicare, Tricare, or federal workers’ compensation.

In addition to the issues discussed above, a growing concern for toxicology laboratories across the United States is the increasing frequency of federal investigations targeting allegations of PGX fraud. While PGX testing provides doctors with extraordinary new insights into the potential effects of medications for individual patients, the high cost of these tests means that they are also high on the government’s radar. Various other potential issues under the Anti-Kickback Statute, False Claims Act, and Medicare billing guidelines present risks for testing laboratories as well.

In many cases, federal authorities will allege that PGX testing is being performed without adequate documentation of medical necessity. Medical necessity is a threshold requirement for all federal program billings; and, while primary responsibility rests with the physician ordering the test, federal authorities have made clear that they will also prosecute toxicology laboratories that perform medically-unnecessary tests. Investigations involving allegations of lack of medical necessity are often triggered by a high volume of PGX business, although there are various other potential triggers of which toxicology laboratories need to be aware.

2. Use of PGX Testing for Screening Purposes

Under the Medicare billing guidelines, use of PGX testing for screening purposes is not eligible for program reimbursement. In order to be eligible for Medicare coverage, PGX testing must be used for a patient who has already been diagnosed with an illness or disorder. This means that toxicology laboratories must discern not only whether an ordered test is medically-necessary, but also whether the test is being ordered for a patient who has not yet been diagnosed with a relevant medical condition. In many cases, the federal government will seek to recoup payments for PGX testing due to inadequate documentation of a lawful justification for seeking Medicare reimbursement.

Similar to other types of toxicology laboratory fraud investigations, investigations targeting PGX testing often focus on uncovering financial relationships that violate the Anti-Kickback Statute. If a laboratory pays physicians who provide PGX testing referrals, if a laboratory offers discounts or other indirect benefits to a telemedicine company, or if a laboratory buys lists of Medicare beneficiaries from a marketing group, these are all examples of arrangements that have the potential to give rise to Anti-Kickback Statute liability. While it is possible to structure lawful compensation arrangements, doing so requires a comprehensive understanding of the Anti-Kickback Statute and its various “safe harbor” exceptions.

Various other aspects of toxicology laboratories’ PGX testing practices can face scrutiny in federal healthcare fraud investigations as well. For more information on PGX compliance and PGX fraud defense, you can read:

What Are the Penalties for Laboratory Fraud?

Federal prosecutors may charge laboratories suspected of committing fraud either civilly or criminally, or both. Most often, civil charges are brought under the federal False Claims Act, which holds laboratories accountable for any unjustified bills presented to government healthcare programs, the Stark Law, which prohibits doctors from referring testing to laboratories in which the doctors hold a financial interest, or the Anti-Kickback Statute, which bars laboratories from compensating doctors for giving them referrals. Convictions on civil charges may result in fines, restitution, or forced implementation of programs designed to prevent future fraud.

Prosecutors may also seek criminal penalties against the owners and operators of laboratories for healthcare fraud. If convicted of committing healthcare fraud, individuals face up to ten years in federal prison for each count they are convicted on, among other penalties such as fines and probation.

What Does this Mean for You?

If you own or work for a laboratory that is under federal investigation, you should contact an experienced lawyer immediately in order to protect yourself and your business. Federal investigators are aggressively auditing and charging laboratories that provide testing for federal healthcare beneficiaries. The sooner you obtain legal representation, the better chances you will have to mitigate any potential penalties from the government.

The attorneys of Oberheiden, P.C. have profound experience when it comes to home health, hospice fraud, and healthcare fraud investigations. Here are some representative healthcare investigations that we handled on behalf of individual and corporate clients.

If you would like to talk to someone who understands how to effectively defend against government investigations, consult with a former federal prosecutor. Call now. All inquiries are free and confidential.

Oberheiden, P.C.
Criminal Defense – Healthcare Law – Litigation
888-680-1745
Federal-Lawyer.com
Not all attorneys of Oberheiden, P.C. are licensed in California and nothing contained in here is meant to constitute the unauthorized practice of law.