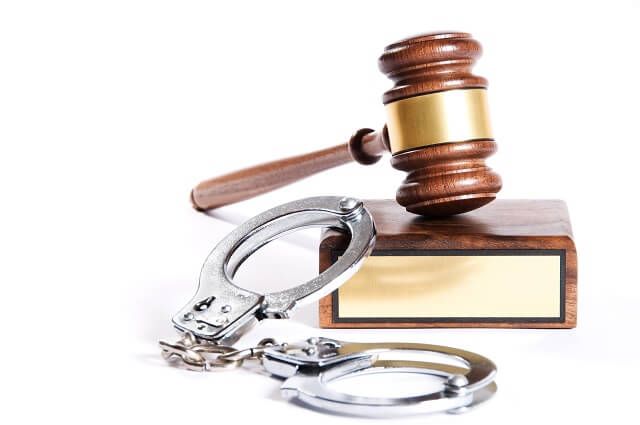 My Experience: You Be the Judge

Are you in the middle of a government investigation? Did FBI or DEA agents contact you for records or for an interview? Did you receive a grand jury subpoena or a target letter from the U.S. Attorney’s Office for the Eastern District of Michigan? Were you recently arrested on fraud or federal charges? Is it time to get the help of an experienced attorney?

Nick is a Detroit serving federal criminal defense attorney. Unlike most other Detroit lawyers, Nick dedicates his entire practice to federal cases. In hundreds of government cases, Nick has built a substantial track record of avoiding criminal charges and fighting federal allegations—in particular in federal healthcare fraud matters. Nick has defended clients of all types—from Detroit business owners to current federal prosecutors—before all major government departments including, but not limited to the:

If any of these agencies are interested in you, call Nick right away. Nick does not use junior lawyers or paralegals and your call will automatically reach Nick directly. Request a free and confidential meeting or phone call today at 888-680-1745 with Nick himself.

They Call Him the “Life Safer.”

Nothing beats experience when it comes to dealing with the United States government. Because this is all Nick does for a living, clients come to Nick from across Michigan and across the U.S. to get relief and effective advice with respect to their federal problems. Nick is available to help and he has represented federal agents and prosecutors, lawyers, physicians, business owners, and many hundreds of good citizens against the government. This is what his clients have to say about Detroit federal defense attorney Dr. Nick Oberheiden.

The Eastern District of Michigan is divided into five divisions and different federal courthouses:

Q: When Should I Consult with a Detroit Federal Attorney?

It is never too early to consult with and get the opinion of a qualified attorney. From the moment you have reason to believe that you are under investigation, you should discuss your concerns and develop a strategy with a trusted attorney in order to make sure that you are not missing an opportunity to suppress the case and avoid charges.

Q: What Are Federal Crimes?

Detroit, Michigan (and the rest of the country) is divided into state and federal jurisdiction. Federal offenses are those acts or omissions that Congress enacted and penalized under federal law, whereby the vast majority of all offenses are state offenses under the jurisdiction of the Michigan Attorney General and the Detroit District Attorney’s Office. Among the most frequently federal offenses in Detroit are:

Once you are notified that you are under investigation, experienced counsel must find out from the government in which of the three categories they classify you. One, the government may see you as mere witness of the investigation, which means that you are expected to have information, but no culpability in the underlying case. By contrast, if you are a target of a federal investigation in Detroit, the government may issue you a target letter because they consider you an offender and believe that you have violated federal law or helped somebody else violate federal law by way of a federal conspiracy. While target and witness are the two polar opposites, a subject is anyone in between a witness and a target. Strategic counseling and effective negotiations with the government will we needed to make sure that the subject will end up on the witness side and will not fall onto the target side due to poor advice or ineffective assistance.

Q: Should I Cooperate with the FBI?

You have no obligation to cooperate with Detroit law-enforcement and any attorney familiar with the federal justice system will tell you that it is never in your best interest to be interviewed by federal agents before your attorney has first established the purpose of the interview, the expectation and benefits of the interview, and the client’s potential exposure in the underlying investigation. Clients frequently come to federal defense attorney Nick Oberheiden reporting that their previous counsel encouraged them to be interviewed. To be clear, talking to federal agents is the equivalent of testifying in federal court. On average, for those clients where legal and strategic benefit exists, Nick Oberheiden will spend 20 hours and more preparing his clients for such an interview knowing that there will be no second chances and everything that will be said will be set in stone and cannot be undone or modified.

Q: When Does a Meeting with the Government Make Sense?

A meeting with the government only makes sense if it serves your best interest. For some clients, a meeting with the prosecutor and the case agent may be the best or only opportunity to clarify information and to persuade the government to discontinue its investigation against that client. That said, a proffer agreement is a quasi-immunity agreement between the government, the defense counsel, and the client. The signed proffer letter protects the client from prosecution for anything the client shares with the government that day (“Queen for a day”), including self-incriminating information, as long as the client is truthful and complete. A proffer is not an immunity guarantee; however it is extremely rare that the government will break the implicit promise not to prosecute someone if the client remains compliant with the terms of the agreement (e.g. and does not continue selling drugs etc.). The decision to recommend a proffer to a client must be left to experienced counsel. The government will always push for information and will always want to meet with potential defendants to obtain “free” information; it is the job of a good lawyer to decide if and when and under what circumstances such a proffer is in the best interest of the client.

The decision between accepting a plea offer and going to trial typically does not mature until late in a case. When all evidence has been reviewed and all facts have been evaluated, there comes a time to balance the risks of going to trial v. accepting a plea. The government (and, unfortunately some lawyers) will always and quickly tell you that you have to be plead guilty if you were indicted on federal charges. The truth, however, is that this is not always the right decision. Michigan serving federal attorney Nick Oberheiden has advised clients to reject a plea either in total or as it was offered. In one recent case, which he inherited from another lawyer, the client was ready to sign the plea but just wanted Nick’s second opinion. As it turned out, Nick assessed the case and concluded that the client didn’t do anything wrong. To this day, this client has not been charged while all other alleged co-defendants have.

Q: What Should I Do When I Receive a Grand Jury Subpoena from the Eastern District of Michigan?

The job of the grand jury is to determine whether a person or a business should be charged with a federal crime or not. If you receive a grand jury subpoena or if you were subpoenaed to testify before the grand jury, that means that the government considers you a person of interest and, as such, part of the investigation. From having avoided criminal charges in each and every grand jury investigation, Detroit federal defense attorney Dr. Nick Oberheiden knows exactly how the grand jury process works and why it is never a good strategy to simply produce requested records without also negotiating a case resolution with the assigned prosecutor.

Q: How Do I Know that My Detroit Criminal Defense Attorney Possesses the Required Experienced?

Reliable, competent advice is key when it comes to surviving a federal criminal investigation. Just like you would not trust any doctor by the mere fact that he is a doctor to conduct a difficult surgery on you, you should apply that same selection process when it comes to defending your life and livelihood. In general, you should expect your lawyer to have handled several hundreds of investigations involving the Department of Justice and similar agencies and have built a track record and a formula that makes you find trust in that lawyer to handle the most important case of your life. For example, you should ask your attorney candidate how much of his practice is dedicated to federal litigation and federal law as compared to defending drunk drivers or domestic violence cases. You should also ask your attorney in the interview process in how many cases approximately that attorney was able to avoid criminal charges. If your case falls within a more specialized area within federal law, such as healthcare fraud or tax fraud defense, you should establish that your lawyer has profound knowledge of the underlying health care or tax regulations rather than having general criminal defense experience.

Q: Will Junior Lawyers Touch My Case If I Hire Nick?

Absolutely not! If your case is not important enough for a lawyer to handle the case personally, then you should seek another lawyer’s help. Attorney Nick Oberheiden will not delegate your important case and he will make sure that you have instant access to him so that you can ask questions when they arise without being told by administrative staff to wait or to call another time.

Q: How Can I Speak to Attorney Nick Oberheiden?

The easiest part in the entire process is to get in touch with Nick. Because Nick does not use secretaries or paralegals, your call will go directly to Nick and will be answered by Nick in a free and confidential consultation. Or you can contact him online.