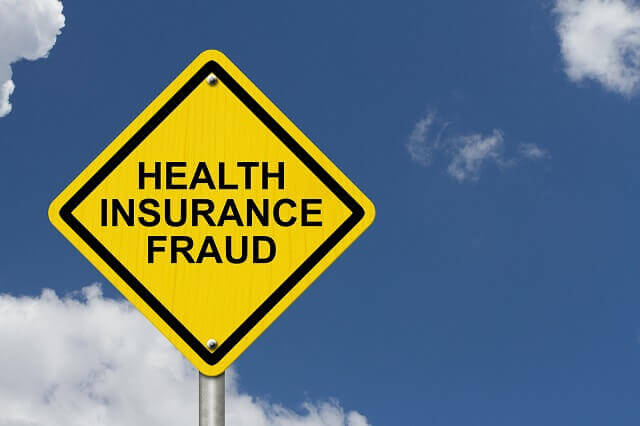 In the old days, being a good doctor and enjoying an excellent reputation within the community were enough to shield oneself against unfair and absurd allegations of misconduct and fraud. Today, these standards are trampled on by aggressive, relentless prosecutions victimizing even the finest doctors in Detroit, Michigan.

Featured by media stations across Michigan, attorney Dr. Nick Oberheiden dedicates his practice to the defense of physicians and healthcare businesses. The son and brother of a physician, Nick has early on seen a need to provide effective strategies to medical providers accused of fraud and wrongdoings. With hundreds of healthcare fraud cases and grand jury investigations handled, Nick understands too well what mistakes to avoid and what skillset is needed to avoid or defeat charges.

The skillset needed is twofold. Many lawyers are either healthcare lawyers or they are criminal defense attorneys. Nick is both. He combined the two areas of law because, in his opinion, a criminal defense lawyer will never convince a healthcare fraud prosecutor or a jury of healthcare laws and defenses unless the defense lawyer masters the subject matter himself. Vice-versa, knowing all the healthcare laws does not help you when you don’t have the experience to negotiate with FBI agents and federal prosecutors or appearing in federal court.

Healthcare fraud defense is among the most complex areas of the law. Detroit physicians and business owners need to realize that there will not be second chance. If accused of fraud, they must retain counsel that can get the job done and protect the physician’s license. The following questions are among the most commonly raised issues in healthcare fraud consultations. Of course, Nick Oberheiden is available to address your very personal questions in a free and confidential consultation with you. Just call him at 888-680-1745 and speak to him directly.

Q: What Mistake Should I Avoid in a Detroit Healthcare Fraud Investigation?

Perhaps the biggest mistake to avoid in a Michigan federal healthcare fraud investigation is to voluntarily speak with law-enforcement. In almost every healthcare fraud matter, agents of the OIG and the FBI will try to “surprise” people at their house or business with a request for an interview. Often times, agents will tell you that they just have a few questions and that the case is not about you. The truth is that agents will use this tactic to make you less fearful and more comfortable to share information with them that they would otherwise not receive. If you or one of your business affiliates is contacted by agents, do not make the mistake to speak with them without an experienced attorney first establishing what the interview is about and what exposure you may have. The truth is that you will almost never benefit from an interview and certainly not when you are unprepared and blinded by empty promises of the agents.

Q: Can I Be Guilty of or Convicted for Healthcare Fraud If I Had No Intent?

No, you cannot be convicted of a crime if the government is unable to show that you had the requisite criminal intent. When the government brings its case, the prosecutor assumes that the alleged misconduct occurred intentionally and willfully. The job of a healthcare fraud defense attorney is to trash that assumption and to apply proven factors to sabotage the government’s case and to show that no willful misconduct occurred. This “showing” does not mean that the government gets rid of its burden to prove beyond a reasonable doubt that the defendant did something wrong. It simply means that information needs to be introduced to cast doubt about the government story in an effort to negate the essential element of intent. While in ordinary criminal cases, like a rape accusation, a classic defense attorney can say that things happen consensually, healthcare fraud cases are more nuanced and require an understanding of the underlying healthcare laws and regulations to make tailored and case specific objections. For example, if a client is accused of having received illegal kickbacks, Nick Oberheiden has shown over and over how alleged misconduct was perfectly acceptable within applicable safe harbor provisions.

Healthcare fraud in Detroit, Michigan is investigated by a number of federal agencies including the Department of Justice, the FBI, the Office of Inspector General, the DEA, the Department of Health and Human Services, and the special task force for Medicare fraud, the so-called Medicare Fraud Strike Force. If you or your business were contacted by any of these agencies, you should understand that your chances of escaping the investigation unharmed will be highest if you implement an effective defense strategy with an experienced attorney as early as possible in the investigation while there still is an opportunity to persuade the government that you did not do anything wrong.

Q: What Are Current Detroit Opioid Investigations About?

Detroit, just like the rest of the country, is experiencing unprecedented waves of opioid and controlled substances investigations by the DEA and the FBI. A declared priority of federal law-enforcement, pain medication abuse and medically unnecessary prescriptions are on the top agenda of federal prosecutors in Detroit and throughout Michigan. The core allegation is that physicians who regularly prescribe pain medications to chronic pain patients are acting outside the scope of accepted standards of medicine and thus become subjects to criminal violations of the Controlled Substances Act at 21 U.S.C. 841. If your practice received a DEA subpoena or was subject to a DEA search warrant, you must understand that the government is building a criminal case against you. Your license and your freedom are at serious risk. Do not hesitate and do not give up. Call renowned DEA defense attorney Dr. Nick Oberheiden and speak to him directly about effective defense strategies to make sure you continue the practice of medicine in a safe and uninterrupted manner.

Q: Who Are the Targets of Detroit Drug Diversion Investigations?

Detroit physicians regularly prescribing medications that fall under Schedule I, Schedule II, or Schedule III of the Controlled Substances Act must realize that current law enforcement is targeting prescribers, users, and pharmacies alike for alleged drug diversion and opioid abuse. The government’s position is that many of the 90 or so overdoes occurring in the U.S. each day can be avoided by putting a stop to the opioid dispensing and prescription authorizations. The truth, however, of course, is that physicians in Detroit face chronic pain patients that have exhausted traditional medical care. Nonetheless, it is now expected to carefully scrutinize your controlled substances policies and protocols and to implement changes geared towards an interdisciplinary pain management approach. If you are under investigation by the DEA or if you have questions about drug diversion and compliance, you should speak to Nick Oberheiden. Nick has assisted physicians and pharmacy owners across the country against DEA audits and investigations.

Q: Should I Cooperate with Federal Agents?

You have a constitutional right not to cooperate with federal law-enforcement and you should make use of that right. In hundreds of federal cases handled so far, attorney Nick Oberheiden has never seen once a benefit for a client to volunteer information to the FBI, the OIG, the DEA, or any other healthcare fraud enforcement agency. By contrast, the right approach is for an experienced attorney to first evaluate the case, and then determine if, upon professional and diligent preparation of a client, a coordinated meeting with the government may serve the clients best interest.

Q: What Should I Do: Our Detroit Business Received a Grand Jury Subpoena?

The purpose of grand jury subpoenas in healthcare investigations is to gather and collect information and documents in an effort for the grand jurors to determine whether or not to bring criminal charges against an individual or a business. If you received a grand jury subpoena against your Michigan health care business, you must understand that any mistake from here on can bring you dangerously close to criminal charges. The difference between “no charges” and further inviting you to the criminal case is the quality of advice from your lawyer. While most lawyers will advise you to simply produce requested documents and thus encourage you to give up your constitutional rights for no reason, Nick Oberheiden, will give you different type of advice and will immediately explore options with the issuing prosecutor to end the investigation before it escalates to a criminal case against Nick’s client.

What makes Medicare fraud cases in Detroit more challenging than elsewhere is the fact that Detroit is one of only a handful of cities, in which healthcare fraud is investigated not just by the local U.S. Attorney’s Office, but also by the so-called Medicare Fraud Strike Force. The Medicare Fraud Strike Force is an especially equipped and trained team of federal agents and seasoned healthcare fraud prosecutors tasked to investigate and prosecute healthcare violations in the Eastern District of Michigan— with extra resources and support from the Department of Justice headquarters in Washington DC. However, whether the Strike Force or just the U.S. Attorney’s Office oversees an investigation makes no difference when it comes to defending unfair charges against innocent people. The standards for the government, that is to prove guilt beyond a reasonable doubt, remains the same and the job of health care fraud defense attorneys like Dr. Nick Oberheiden, J.D. Ph.D. remains to deny, defend, and negate criminal intent.

Q: Should Our Business Report Billing Errors to CMS and Medicare?

Every healthcare business will at some point make mistakes when it comes to applying correct billing and coding procedures. Healthcare rules are too complex and ever changing for a practice to be perfect. However, not every issue should prompt a business to disclose a mistake and to open itself up for potential audits and investigations. Nick Oberheiden is actually one of the few attorneys that have made use of the CMS self-disclosure protocols for clients and has the experience to know why most situations do not qualify for such a disclosure. If you have questions about the self-disclosure protocol or questions of civil and criminal liability following a self-disclosure, rely on Nick Oberheiden, who has successfully navigated clients through the process and, vice versa, recommended against it in a number of instances.

Q: Who Is the Right Lawyer for My Case?

Just like you would not choose any surgeon to conduct a brain or spine surgery on you, you should be careful when it comes to defending your life and your livelihood against federal law enforcement. Not every lawyer has the experience to negotiate healthcare cases with the FBI and healthcare prosecutors and not every attorney can say that he or she has avoided criminal charges in federal healthcare fraud investigations in the vast majority of cases. The key to effectively helping clients accused of Medicare fraud, Medicaid fraud, opioid violations, or illegal kickbacks is to understand the underlying rules and regulations AND, at the same time, to have the skillset to make compelling healthcare defense arguments in front of prosecutors and federal judges.