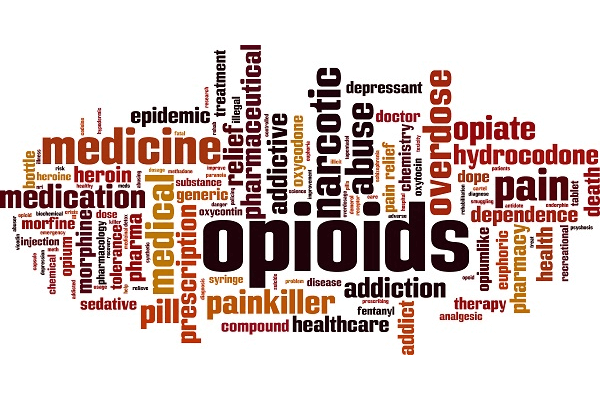 On September 30, 2020, the U.S. Department of Justice (DOJ) announced what it is calling a “historic nationwide enforcement action” that has resulted in charges against 345 defendants who are all accused of playing a role in an alleged $6 billion opioid fraud network. According to the DOJ’s press release:

The DOJ’s Criminal Division, the Federal Bureau of Investigation (FBI), the U.S. Department of Health and Human Services Office of Inspector General (HHS-OIG), and the Drug Enforcement Administration (DEA) all took part in the enforcement action, along with the DOJ’s Health Care Fraud and Appalachian Regional Prescription Opioid (ARPO) Strike Force and U.S. Attorney’s Offices in 51 federal districts across the country. This includes districts in Puerto Rico and the following states:

The defendants who have been charged as a result of the nationwide takedown include more than 100 doctors, nurses, and other licensed medical professionals, as well as other individuals who are accused of facilitating fraudulent billings in an effort to unlawfully profit from the nation’s opioid epidemic. The DOJ’s press release quotes Acting Assistant Attorney General Brian C. Rabbitt as stating, “These cases hold accountable those medical professionals and others who have exploited health care benefit programs and patients for personal gain . . . and should leave no doubt about the [DOJ’s] ongoing commitment to ensuring the safety of patients and the integrity of health care benefit programs . . . .”

DOJ, FBI, HHS-OIG, and DEA Target Health Care Providers and Others Accused of Telemedicine Fraud and Other Opioid-Related Fraud Schemes

This takedown is by far the largest enforcement action undertaken by the DOJ in response to allegations of health care fraud of any type—not solely those involving opioid fraud and diversion. The DOJ’s enforcement efforts in the healthcare sector are conducted through the Criminal Division’s Health Care Fraud Strike Force program, and from the program’s establishment in 2007 through September 29, 2020, its efforts had resulted in charges against roughly 4,200 defendants involving approximately $19 billion in fraudulent billings. The charges announced on September 30 involve a third of the value of alleged fraudulent billings that the program targeted over the prior 13 years.

The substantial majority of the $6 billion in alleged fraudulent billings targeted in the nationwide opioid fraud takedown involved false and fraudulent telemedicine claims. The DOJ is pursuing criminal charges against more than 86 defendants for their alleged participation in efforts to fraudulently obtain more than $4.5 billion in reimbursements from Medicare and other government healthcare benefit programs. The DOJ is also pursuing administrative action against another 256 individuals – all of whom are medical professionals – for their alleged involvement in the fraudulent telemedicine billings. Among other potential consequences, these medical professionals are at risk for Medicare exclusion.

The criminal charges for telemedicine fraud have been filed against telemedicine company executives and others who are accused of paying illegal kickbacks to doctors, nurses, and others who prescribed medically-unnecessary opioid pain medications, testing, and durable medical equipment (DME). According to the DOJ’s press release, these medical professionals would order testing and DME and prescribe medications, “without any patient interaction or with only a brief telephonic conversation with patients they had never met or seen.” Such practices violate the federal telemedicine billing requirements, and paying (and accepting) kickbacks in connection with such unlawful practices violates the federal Anti-Kickback Statute.

The allegations targeted in the nationwide takedown also involve multiple parties’ alleged involvement in a scheme to fraudulently bill more than $845 million for, “tests and treatments for vulnerable patients seeking treatment for drug and/or alcohol addiction,” at substance abuse treatment facilities (commonly known as “sober homes”). As outlined in the DOJ’s press release, the specific charges involve:

All of these are serious allegations that can carry civil or criminal penalties under federal law. The Anti-Kickback Statute includes both civil and criminal enforcement provisions, as does the False Claims Act—which prohibits healthcare entities from submitting false and fraudulent claims for Medicare (and other government healthcare program) reimbursement. Billing for medically-unnecessary services and billing for services not actually provided (known as “phantom billing”) are both considered severe forms of healthcare billing fraud; and, when they lead to patient harm, they carry additional severe penalties.

In addition to the telemedicine and sober home fraud allegations targeted in the nationwide opioid fraud takedown, the allegations targeted also include, “illegal prescription and/or distribution of opioids or that fall into more traditional categories of health care fraud.” According to the DOJ’s press release, more than 240 defendants are either facing charges or have already pled guilty as a result of allegedly submitting more than $800 million in false and fraudulent claims to Medicare, other government healthcare benefit programs, and private insurers. As alleged:

“[I]n many cases, patient recruiters, beneficiaries and other co-conspirators were allegedly paid cash kickbacks in return for supplying beneficiary information to providers, so that the providers could then submit fraudulent bills to Medicare. Also included are charges against medical professionals and others involved in the distribution of more than 30 million doses of opioids and other prescription narcotics.”

Depending on the specific charges involved, violations of the Anti-Kickback Statute, the False Claims Act, and the federal healthcare fraud statute can carry statutory fines and up to 10 years of federal imprisonment for each individual offense. Business owners, executives, and medical professionals charged under these statutes may face charges for wire fraud, conspiracy to commit healthcare fraud, and other crimes as well. In large-scale healthcare fraud cases, individuals who are charged criminally will often be at risk for millions of dollars in fines and decades of federal incarceration.

In addition to announcing the nationwide opioid fraud takedown, the DOJ’s press release also announced the formation of a new National Rapid Response Strike Force which will be housed within the Health Care Fraud Unit of the Criminal Division’s Fraud Section. According to the press release, the National Rapid Response Strike Force will be tasked with, “investigat[ing] and prosecut[ing] fraud cases involving major health care providers.”

This is the latest of several DOJ-led initiatives to crack down on healthcare fraud involving opioid medications and targeting federal healthcare benefit programs in recent years. Other ongoing initiatives include:

If your business, your medical practice, or you personally are under federal investigation for opioid diversion, paying or accepting kickbacks, or any other form of healthcare fraud, it is imperative that you engage experienced federal defense counsel immediately. At Oberheiden P.C., our nationwide network of federal defense attorneys and consultants includes former DOJ prosecutors and high-ranking agents with the DOJ, FBI, HHS-OIG, DEA, and other federal agencies.

We offer centuries of combined experience in high-level federal healthcare fraud cases, and we rely on our defense attorneys’ and consultants’ government insights to build and executive effective defense strategies on behalf of our clients. To learn more about how we defend medical practitioners, business owners, business executives, and other clients nationwide, schedule a complimentary initial consultation today.

For more information about our firm’s federal healthcare fraud defense practice, please call 888-680-1745 or get in touch with us online. If you are under investigation or facing charges, contact us now so that our defense attorneys and former federal agents can get to work on your case immediately.