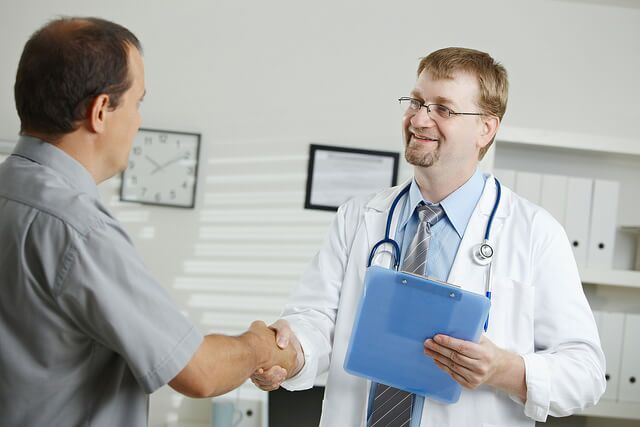 The U.S. Department of Justice (DOJ) has announced the formation of a new task force that will be working to combat opioid fraud and abuse by targeting drug manufacturers and healthcare providers that supply patients with opioid medications. According to a news release from the DOJ’s Office of Public Affairs, the agency’s new Prescription Interdiction & Litigation (PIL) Task Force “will combat the opioid crisis at every level of the distribution system” while combining the forces of the DOJ, the Drug Enforcement Administration (DEA), the Department of Health and Human Services (DHHS), and other federal agencies.

“Over the past year, the Department has vigorously fought the prescription opioid crisis, and we are determined to continue making progress. Today, we are opening a new front in the war on the opioid crisis . . . . We have no time to waste.”

The DOJ’s news release states that the agency intends to prosecute drug manufacturers and healthcare providers for civil and criminal offenses involving prescription opioid medications. This includes violations of the False Claims Act, the Controlled Substances Act, and various other healthcare and drug-related statutes. The PIL Task Force will “build upon and expand” upon the efforts of the Opioid Fraud and Abuse Detection Unit the DOJ formed last year. It will also evaluate and consider options for expanding the federal government’s options for targeting opioid fraud and abuse. According to the news release, some of the PIL Task Force’s first priorities will include:

Unlike the Opioid Fraud and Abuse Detection Unit, the PIL Task Force is not being deployed to select regions around the country. Instead, it will rely upon coordinated efforts to target individuals and entities nationwide, with particular emphasis on prosecuting:

In addition to working with other federal authorities and examining ways to enhance the current federal opioid enforcement regime, the PIL Task Force will also be “examin[ing] existing state and local government lawsuits against opioid manufacturers to determine what assistance, if any, federal law can provide in those lawsuits.” As a result, companies and providers currently facing investigation and prosecution at the state level may now be at increased risk for facing federal charges.

The formation of the Prescription Interdiction & Litigation Task Force represents the continuance of the DOJ’s and DEA’s ongoing attempts to curb opioid fraud and abuse by targeting healthcare providers. In addition to forming the Opioid Fraud and Abuse Detection Unit, previous efforts within the past year have included:

These, of course, are in addition to the efforts that the DOJ, DEA, DHHS, and other federal agencies have been maintaining for years. We are currently in a uniquely challenging time for healthcare providers who deal in opioid medications as both the opioid epidemic and the multi-billion-dollar healthcare fraud crisis have taken center stage in recent years. Healthcare providers are increasingly facing audits and investigations, and DEA Orders to Show Cause can result in denial or loss of DEA registration – even without the filing of formal civil or criminal charges.

Defending against Allegations of Opioid Fraud

For drug manufacturers, pharmacists, physicians, pain clinics, drug testing facilities, and other healthcare providers that prescribe and dispense opioid medications, all of this means that the risk of federal law enforcement action is a very real concern. To minimize the risk of DEA registration suspension or revocation and the potential for civil or criminal charges, providers should take responsive action at the first sign of a potential investigation. Whether this is an “informal” inquiry from a federal agent, a DEA search warrant, or a service of an Order to Show Cause, the potential ramifications are equally serious. These circumstances demand the providers’ complete and undivided attention.

At Oberheiden P.C. we aggressively represent individuals, companies, and healthcare providers in opioid fraud investigations. We take a proactive approach focused on challenging the allegations underlying the government’s investigation, and we strive to obtain favorable results as quickly as possible. In many cases, investigations targeting legitimate providers are the result of automated data analyses that do not take the unique aspects of the providers’ practice into consideration. Avoiding unnecessary consequences may be a matter of working cooperatively with federal agents to ensure an accurate understanding.

Whether you believe the government’s investigation is misguided or you need to execute a defense strategy focused on mitigating the risk of severe penalties, our healthcare fraud defense team can help protect you. To get started with a free and confidential case assessment, please call 888-680-1745 or contact us online now.

This information has been prepared for informational purposes only and does not constitute legal advice. This information may constitute attorney advertising in some jurisdictions. Reading of this information does not create an attorney-client relationship. Prior results cannot guarantee a similar future outcome in your case. Oberheiden, P.C. is a Texas PC with headquarters in Dallas. Mr. Oberheiden limits his practice to federal law.