What are the FBAR Penalties if You Don’t File with FinCEN? - Federal Lawyer
Skip to content
We will protect your rights, reputation and freedom. Nationwide Federal Defense, Compliance and Litigation. 95% Success Rate.

Home » What are the FBAR Penalties if You Don’t File with FinCEN?
Quick Practice Area Locator
IRS

What are the FBAR Penalties if You Don’t File with FinCEN? 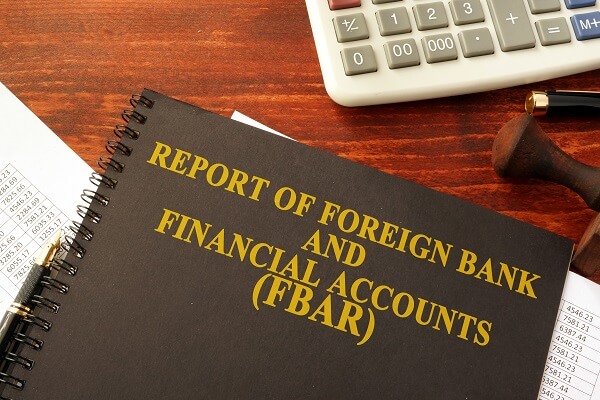 If you are required to file an annual FBAR form with the U.S. Treasury Department’s Financial Crimes Enforcement Network (FinCEN), failing to file can lead to steep penalties. Filing an inaccurate FBAR can have severe consequences as well. This is true even if your failure to file or the inaccuracy in your FBAR was unintentional.

Are you required to file an FBAR? Find out in our Ultimate Guide to IRS FBAR.

Why Are the Penalties for FBAR Violations So Substantial?

For many people, the severity of the FBAR penalties comes as a surprise. The FBAR is simply a disclosure form—and just one of many forms you need to file on tax day each year. Right?

The reason that the penalties for FBAR violations are so substantial is that the FBAR is not simply another tax form. Although the Internal Revenue Service (IRS) enforces taxpayers FBAR filing obligations, the form must be filed with FinCEN, and it is required under the Bank Secrecy Act—not the Internal Revenue Code.

What is the Bank Secrecy Act?

The Bank Secrecy Act is a federal statute that was enacted in 1970 in an attempt to aid in the detection and prevention of money laundering. This is the law that requires banks to report cash deposits of $10,000 or more. However, it also requires U.S. citizens, residents, and businesses to disclose their offshore accounts with more than $10,000 in aggregate holdings, and this disclosure is made using FinCEN Form 114, Report of Foreign Bank and Financial Accounts (FBAR).

It is the purpose of the Bank Secrecy Act that explains why the penalties for FBAR violations are so substantial. In order for the statute to be effective in aiding the government’s prosecution of money laundering cases, taxpayer compliance is essential. The penalties are intended to serve as a deterrent to violations, and they also serve as a means to prosecute suspected money launderers in cases where it might be difficult to prove money laundering, but it is not difficult to prove that they failed to file FBARs.

Why Do I Have to File an FBAR?

If the Bank Secrecy Act was signed into law in 1970 in order to aid in the detection and prevention of money laundering, why do you have to file FBARs today? The Bank Secrecy Act is still in full effect, and FinCEN and the IRS still utilize the FBAR filing requirement as a means to identify cases of suspected tax evasion and tax fraud. Not only are FBAR violations statutory offenses themselves, but they are also considered red flags for possible Internal Revenue Code violations. In short, the FBAR filing requirement is an important tool in the IRS’s enforcement arsenal, and the FBAR penalties only serve to further enhance the IRS’s ability to target U.S. taxpayers suspected of underreporting their taxable assets and income.

What are the Penalties for Failing to File an FBAR?

The Bank Secrecy Act and other federal pertinent statutes impose different penalties for (i) failing to file an FBAR, and (ii) filing a false FBAR. We’ll cover the penalties for failure to file first.

Importantly, the Bank Secrecy Act imposes both civil and criminal penalties for failure to file. Additionally, the statute is somewhat unique in that it allows for the imposition of both types of penalties in a single case. Under 31 U.S.C. Section 5321(b)(2), once a criminal case under the Bank Secrecy Act concludes, the U.S. Treasury Department has up to two years to enforce civil penalties imposed under the statute.

The penalties for failure to file an FBAR vary depending on the nature of the violation:

1. Negligent Failure to File an FBAR

2. Non-Willful Failure to File an FBAR

Non-willful failure to file an FBAR carry a statutory civil penalty of $10,000. This penalty is also adjusted annually for inflation, and it stands in excess of $13,000 as of 2020. A “non-willful” failure to file is distinguished from a “negligent” failure to file in that it is not merely based on a mistake (i.e. not being aware of the FBAR filing requirements), but rather on a decision not to file based on a good-faith, but incorrect, understanding of how, when, or to whom the Bank Secrecy Act applies.

3. A “Pattern of Negligent Violations” Regarding FBAR Filing

Companies that are required to file FBARs with FinCEN can face enhanced civil penalties in cases involving “pattern[s] of negligent violations.” The statutory civil penalty of $50,000 is adjusted annually for inflation, and currently stands in excess of $80,000.

4. Willful Failure to File an FBAR

Willful failure to file an FBAR can be prosecuted as either a civil or criminal offense (or both). As a civil offense, willful failure to file carries a the greater of (i) a statutory fine of $100,000 (adjusted for inflation, currently in excess of $130,000), or (ii) 50 percent of the amount in the undisclosed account (or accounts) at the time of the violation.

If prosecuted as a crime under the Bank Secrecy Act, willful failure to file an FBAR carries a fine of $250,000 and five years of federal imprisonment.

5. Willful Failure to File While Violating Other Laws

If an individual’s or company’s willful failure to file an FBAR is accompanied by other statutory violations, the criminal penalties change. Under 31 U.S.C. Section 5322, an FBAR violation committed, “while violating another law of the United States or as part of a pattern of any illegal activity involving more than $100,000 in a 12-month period,” carries criminal penalties of a $500,000 fine and 10 years of imprisonment. The same civil penalties for stand-alone FBAR filing failures still apply.

What are the Penalties for Filing a False FBAR?

The penalties for filing a false FBAR are imposed not under the Bank Secrecy Act, but instead under the federal criminal statute that prohibits the making of false statements to the federal government. Under 18 U.S.C. Section 1001, making “any materially false, fictitious, or fraudulent statement or representation,” in an FBAR carries up to a $10,000 fine and five years of imprisonment.

IMPORTANT: You Can Also Face FBAR Penalties for Failing to Retain Account Records

How Can You Avoid FBAR Penalties?

If you have failed to file an FBAR, failed to retain records of a foreign financial account, or filed an inaccurate FBAR with FinCEN, what options do you have available for seeking to avoid civil or criminal penalties? The answer depends on the specific circumstances of your situation.

In some situations, utilizing the IRS’s Voluntary Disclosure Practice can provide a way to minimize your liability for an FBAR violation. If you have committed a willful violation (or if there is a risk that the IRS could accuse you of a willful violation), then submitting a voluntary disclosure could be an option if the IRS has not yet initiated an audit or investigation. Once the IRS begins looking into your filings, however, you are no longer eligible to make a voluntary disclosure.

Voluntary disclosure is only an option for disclosing criminal violations, and it does not provide a way to avoid FBAR penalties entirely. If you owe the U.S. Treasury Department you will have to pay; however, you should not automatically assume that you have violated the law if you have not filed an FBAR. You may have grounds to assert various legal defenses, and you may also have other options for dealing with the IRS (including the IRS’s Streamlined Filing Compliance Procedures) that can produce a better result than going through the Voluntary Disclosure Program.

Speak with a Federal Tax Defense Lawyer or Compliance Consultant at Oberheiden P.C.

Oberheiden P.C. is a federal compliance and defense law firm that represents taxpayers in the U.S. and abroad with regard to Internal Revenue Code and Bank Secrecy Act compliance. If you believe that you may be at risk for FBAR penalties, you can call 888-680-1745 or contact us online to arrange a free and confidential consultation.