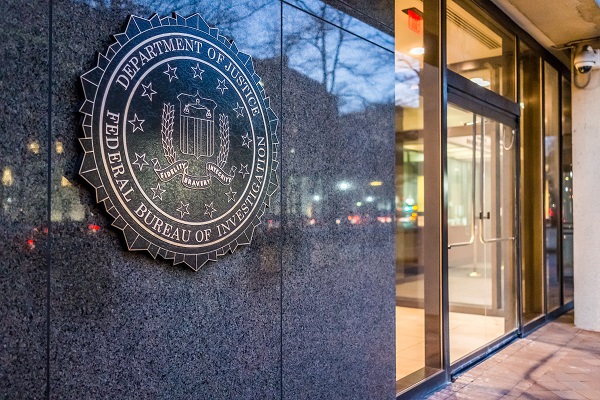 Political action committees have long faced public criticism for their role in the federal election system. Complaints of “legalized public corruption” and funneling “dark money” to political candidates have swirled for decades. Of course, these types of complaints are largely based on public misconceptions about PACs, and campaign reform laws enacted in the 1970s were, in part, designed to facilitate the rise of PACs in the federal campaign and election processes.

Despite the legitimate, important, and well-established role PACs play in our democracy, concerns and allegations of undue influence and corruption continue to plague these organizations and their members. Over the past several years, PACs supporting candidates for both major parties have faced federal scrutiny, and some PAC members and organizers have faced federal criminal prosecution. In most cases, these cases have targeted allegations of public corruption in some form, whether through violations of federal campaign finance laws or outright bribery of political candidates and current elected officials.

In the current wave of federal investigations targeting political action committees, it appears that a number of federal civil and criminal allegations are possible. Our federal defense lawyers are available to represent PAC organizers and members who are under investigation and facing prosecution based on allegations including (but not limited to):

Section 201 of Chapter 18 of the U.S. Code (18 U.S.C. § 201) establishes the offense of public bribery. PAC members, organizers, and executives targeted by the FBI and the DOJ may be at risk for prosecution under this statute, as it imposes criminal sanctions for:

Penalties for violating 18 U.S.C. Section 201 include up to 15 years of federal imprisonment and fines as determined by statute or up to three times the amount of the bribe, whichever is greater.

Federal campaign finance laws present perhaps the biggest risks for PACs and their personnel. The Federal Election Commission (FEC) has exclusive jurisdiction over civil enforcement of these laws, while the DOJ can step in and prosecute criminal cases under the Federal Election Campaign Act (FECA) and other relevant statutes, including:

Civil and criminal fines under these statutes vary widely, and prison sentences for campaign finance law violations can range anywhere from years to decades of incarceration.

The Foreign Corrupt Practices Act (FCPA) imposes criminal penalties for the payment of bribes that are intended to allow for the exertion of influence over foreign elected officials and political appointees. For political action committees supporting U.S. federal political candidates, risks can arise under the FCPA when these committees directly or indirectly provide financial support to foreign political candidates as well.

Criminal penalties under the anti-bribery provisions of the FCPA include statutory fines and up to five years of federal imprisonment.

FBI investigations targeting political action committees can also target general allegations of civil and criminal fraud. For example, under 18 U.S.C. Section 1519, PAC employees and executives can face statutory fines and up to 20 years of federal imprisonment for, “knowingly . . . conceal[ing], cover[ing] up, falsif[ying], or mak[ing] a false entry in any record [or] document . . . with the intent to impede, obstruct, or influence the investigation or proper administration of any matter within the jurisdiction of any department or agency of the United States.” Many other allegations in the realm of public corruption can be prosecuted under various federal fraud statutes as well, and the penalties under these statutes can be equally severe.

5. Conspiracy to Engage in Fraudulent or Corrupt Activities

As referenced above, conspiracy to commit campaign finance law violations is an offense that is highly likely to be implicated in the FBI’s ongoing investigations. However, the federal criminal conspiracy statute (18 U.S.C. Section 371), is not exclusive to federal campaign finance matters. Rather, it is a statute of general applicability, and PAC members and officials can face statutory fines and up to five years in prison based on allegations of, “conspir[ing] either to commit any offense against the United States, or to defraud the United States, or any agency thereof in any manner or for any purpose, [if] one or more of such persons do[es] any act to effect the object of the conspiracy.” This includes (but is not limited to) conspiracy to commit or engage in:

While the DOJ has been using the federal tax evasion statute to crack down “scam PACs,” legitimate political action committees are at risk for being prosecuted for tax crimes following FBI investigations as well. When FBI agents conduct raids to seize documents and demand access to financial records through other means, it is a near certainty that PACs’ accounting practices will be closely scrutinized to determine whether they have evaded (or assisted others in evading) their federal tax obligations.

In many cases, FBI investigations targeting public corruption, campaign finance law violations, and other substantive offenses will lead to criminal prosecutions for mail fraud, wire fraud, money laundering, and other similar types of crimes. The laws that define these crimes are extremely broad, and this allows the DOJ to prosecute under a wide range of circumstances in which indictments for more-specific crimes are unlikely to stick. Similar to the other statutes discussed above, violations of these laws carry substantial fines and long terms of federal imprisonment.

Oberheiden, P.C. is a federal defense law firm that represents clients nationwide in civil and criminal matters – including FBI investigations. Our team consists of career defense lawyers, former DOJ prosecutors, former FBI Special Agents, and other professionals who bring decades of experience to defending clients accused of public corruption and other white-collar federal offenses. If your PAC is under investigation by the FBI – or if you personally are being investigated – it is imperative that you engage defense counsel immediately. Our lawyers are available 24/7 and can begin advising you right away. The services we offer to political action committees include:

Speak with a Federal Defense Lawyer at Oberheiden, P.C.

Do you work for a PAC that is under investigation by the FBI? If so, you should seek legal counsel from an experienced political law firm promptly. To speak with a federal defense lawyer at Oberheiden, P.C. in confidence, call 888-680-1745 or request a free initial consultation online now.