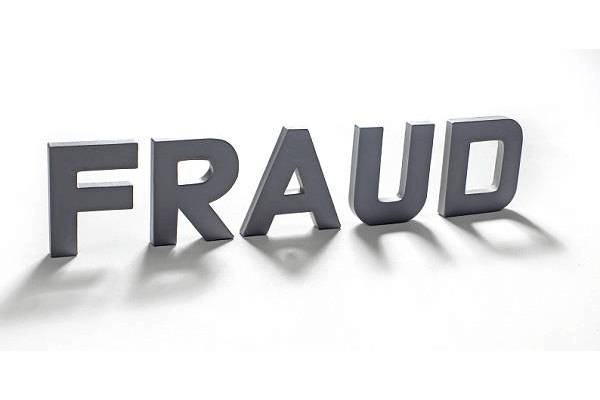 Recent federal government investigations that our attorneys are involved in as defense counsel demonstrate that the Department of Justice is actively investigating medical marketing companies that have either shared earned commissions or paid flat fees to patients to incentivize the use of certain products or services. Depending on the U.S. Attorney’s Office involved, business owners and representatives that have engaged in such practice may face anti-kickback or other federal charges. This brief article explains the scope and nature of mail and wire fraud, two offenses that are frequently charged in patient-payment schemes.

Background: What Is the Government’s Position?

Most people are shocked to find out that laws exist that prohibit payments or other incentives to beneficiaries. The surprise is even greater when realizing that many laws believed to only apply to federal program patients (e.g. Medicare patients) also apply to patients covered by private insurance. In fact, the Justice Department has made it very clear that it will consider federal statutes to any form of patient payments.

New, however, is that the federal government is now actively investigating financial relationships between patients and medical marketing companies. From our experience on the frontline of such investigations, we know that the Department of Justice does no longer distinguish between the type of insurance and now also prosecutes individuals engaged in private insurance schemes. Among the most common charges federal prosecutors apply are mail and wire fraud. Both offenses are felonies with a punishment range of up to 20 years imprisonment. The theory behind the charges, explained in more detail below, is that anytime a mail (e.g. mailing a check) or wire (e.g. using email, phone etc.) device or service is used to facilitate a prohibited act (here: payments), the two statutes apply.

What Are Mail and Wire Fraud?

It is a federal felony to mail anything through the United States Postal Service (USPS) or a private commercial carrier for the purpose of carrying out any scheme to defraud.  A scheme to defraud includes any type of scheme to take someone’s money or property with false or fraudulent promises.  Mail fraud is primarily investigated by the United States Postal Inspection Service (USPIS), the enforcement branch of the USPS, in conjunction with the Federal Bureau of Investigation (FBI) and other federal agencies. Pursuant to 18 U.S.C. § 1341, a person is guilty of mail fraud if the Government proves beyond a reasonable doubt that the person:

It is a federal felony to use interstate wire communications facilities, including telephone calls and emails, for the purpose of carrying out any type of scheme to defraud.  Wire fraud is primarily investigated by the United States Secret Service, which cooperates with other federal agencies, including the FBI, in fraud investigations.

Pursuant to 18 U.S.C. § 1343, a person is guilty of wire fraud if the Government proves beyond a reasonable doubt that the person:

The Elements of Mail and Wire Fraud Explained

The gist of these offenses is not the scheme to defraud, but the use of the mail or interstate wire communication to achieve it.  Accordingly, each use of the mail and each separate wire communication, for mail fraud and wire fraud respectively, can constitute a separate offense, i.e., each mailing and/or wire transmission can constitute a separate count in the indictment.  See, e.g., United States v. Pazos, 24 F.3d 660, 665 (5th Cir. 1994) (mail fraud); United States v. Castillo, 829 F.2d 1194, 1199 (1st Cir. 1987) (wire fraud).

Proof of Mailings or Wire Transmissions: The mailing or wire communication may be proven by circumstantial evidence.  See, e.g., United States v. Bowman, 783 F.2d 1192, 1197 (5th Cir. 1986) (mailings performed in the course of the bank’s customary practices).  A defendant need not personally have mailed the item; it is sufficient that he “caused” a mailing in the sense that the mailing was the reasonably foreseeable consequence of his intended scheme.  Pereira v. United States, 347 U.S. 1, 8 (1954); United States v. Kenofskey, 243 U.S. 440, 443 (1917) (“Cause” is used “in its well-known sense of bringing about . . .”).  The government need show only that the defendant “caused” the mailing by acting “with knowledge that the use of the mails follow in the ordinary course of business, or where such use can reasonably be foreseen, even though not actually intended.”  Pereira, 347 U.S. at 8-9.  Likewise, it is not necessary to show that the defendant directly participated in each wire transmission, where it is established that the defendant caused the transmission, and that such use was the foreseeable result of his acts.  United States v. Jones, 554 F.2d 251, 253 (5th Cir.), cert. denied, 434 U.S. 866 (1977).

“[I]nnocent’ mailings – ones that contain no false information – may supply the mailing element.”  United States v. Schmuck, 489 U.S. 705, 715 (1989).  Moreover, the elements of mail fraud may be satisfied where the mailings have been routine.  Mailings that may lead to the uncovering of the fraudulent scheme may also supply the mailing element of the mail fraud offense.  Id. (“The relevant question at all times is whether the mailing is part of the execution of the scheme as conceived by the perpetrator at the time, regardless of whether the mailing later, through hindsight, may prove to have been counterproductive and return to haunt the perpetrator of the fraud.”).  Parallel rules apply in wire fraud cases.

A Scheme to Defraud:  To obtain a guilty verdict, the government must prove the existence of a scheme to defraud another; it is not required, however, to prove all details or all instances of allegedly illicit conduct.  See, e.g., United States v. Jordan, 626 F.2d 928, 930 (D.C. Cir. 1980) (“The Government is not required to prove the details of a scheme; it is, however, required to prove beyond a reasonable doubt . . . that the defendant . . . willfully and knowingly devised a scheme or artifice to defraud . . .”).

The scheme to defraud need not have been successful or complete.  Therefore, the victims of the scheme need not have been injured.  However, the government must show that “some actual harm or injury was contemplated by the schemer.”  When the “necessary result” of the actor’s scheme is to injure others, fraudulent intent may be inferred from the scheme itself.  Where the scheme does not cause injury to the alleged victim as its necessary result, the government must produce evidence independent of the alleged scheme to show the defendant’s fraudulent intent.  United States v. D’Amato, 39 F.3d 1249, 1257 (2d Cir. 1994) (holding that the government failed to produce legally sufficient evidence of criminal intent).

“All that is required is that [the defendant has] knowingly and willingly participated in the scheme; she need not have performed every key act herself.” United States v. Maxwell, 920 F.2d 1028, 1036 (D.C. Cir. 1990).  Intent to defraud requires a willful act by the defendant with the intent to deceive or cheat, usually, but not necessarily, for the purpose of getting financial gain for one’s self or causing financial loss to another.  A defendant has a complete defense if he believes the deceptive statements or promises to be true or otherwise acts in good faith.  A defendant has no such defense, however, if he blinds himself to the truth.

Punishment for Mail Fraud and/or Wire Fraud: A person guilty of mail or wire fraud shall be fined not more than $250,000 (not more than $300,000 for organizations) or imprisoned not more than 20 years, or both.  Conviction may also result in probation, a term of supervised release, a special assessment, a restitution order, and/or forfeiture of property.

As seen, mail and wire fraud are serious offenses. If you are under investigation or if you want clarification from attorneys with substantial experience in federal fraud investigations, you should not wait and hesitate. When it comes to defending your freedom, time is of the essence. Call our team today and request a same-day free and confidential consultation!