Federal Laws You Need to Know When Running for Office 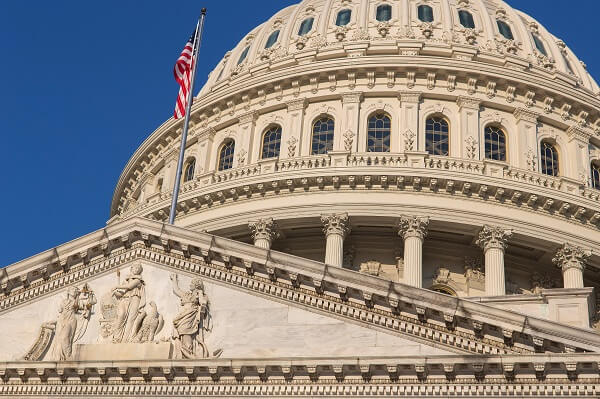 Running for federal office can be both an energizing but challenging time for potential candidates. After qualifying as a candidate, there is a host of federal laws that regulate the campaign contribution process.  Federal election campaign finance laws (1) regulate the amount, frequency, and source of contributions; (2) place limits on campaign contributions and the purposes for which these contributions may be used; and (3) require candidates to maintain adequate records and provide regular disclosures in the form of reports regarding the money that the campaign receives and spends.

The key campaign finance legislations in the United States are the Federal Election Campaign Act (“FECA”) of 1971, followed by the Bipartisan Campaign Reform Act (“BCRA”) of 2002.  Both have been amended, party repealed, or dramatically changed by critical Supreme Court opinions over the years.  Below is a brief but thorough summary of the main provisions of these legislations.

FECA has been amended many times, including amendments to reform the campaign finance disclosure requirements or to establish the main enforcement agency, the Federal Election Commission.  In 1976, the Supreme Court in Buckley v. Valeo held that FECA’s limits on individual contributions and FECA’s disclosure requirements are constitutional; however, spending limits placed on total expenditures are unconstitutional.

The main provisions of FECA are as follows:

Prohibitions on the Source of Campaign Contributions

Some individuals, groups, and other committees are prohibited by federal law from making campaign contributions to a candidate.  Parties who can contribute include the following:

Additionally, an individual can donate up to $5,000 per year to a political action committee—including both separate segregated funds (“SSF”) and nonconnected committees—and $35,000 per year to a national party committee.  Different limits apply where the donor is a candidate committee as opposed to an individual person.  The 2019-2020 campaign contribution limits are available on the Federal Election Committee’s website.

Under FECA, all receipts must be reported; however, FECA requires recordkeeping only for contributions.  Despite this, in order to comply with the reporting provisions of FECA, the candidate committee must keep records for all receipts.  Receipts are defined as anything of value—money, goods, services or property—that is received by a political campaign committee and includes both contributions and other forms of income or support for the candidate.  A contribution is defined as a gift, subscription, loan, advance or deposit of money or anything else of value that is given to influence a federal election or the payment of compensation for a person’s personal services that are rendered without charge to a political committee.

The three main pieces of information that the committee must maintain include (1) the amount received; (2) the date of receipt; and (3) the name and address of the source.  Every person who receives a campaign contribution must forward the contribution and the recordkeeping information to the treasurer of the candidate’s committee within 10 days of receipt.  The committee must retain the written copies of the donors’ contributions whether they are designations, redesignations, or reattributions.

FECA requires candidates to report various information about campaign contributions including where they money raised came from, the amounts of the contribution, where the money is spent, and how much money was spent for each transaction.  The authorized committee must file regular reports—along with other candidacy reports—with the FEC.  These reports are then made publicly available in the campaign finance data section on the FEC’s website.

Also known as the McCain-Feingold Act, BCRA was designed to end the use of “soft money.”  Soft money is money perceived to influence elections though is not regulated by the limits and prohibitions of federal campaign finance law.  The two major components of this law were that it (1) prohibited national political party committees from soliciting and spending soft money contributions to influence federal elections and (2) prohibited corporate treasury funds and unions from paying for “electioneering communications”—political advertising.

Federal election campaign finance laws are detailed, convoluted, and riddled with federal exceptions and Supreme Court refinements.  The failure to understand or respond appropriately to these laws can be devastating to one’s campaign and political undertaking.

The best course of action an individual can take to maximize their success during the campaign process is to hire a law firm that is not only experienced in handling federal election campaign financing—including the relevant federal legislation and critical Supreme Court opinions—but who is also genuinely dedicated to securing the best outcome for their client. Contact Oberheiden P.C. today.