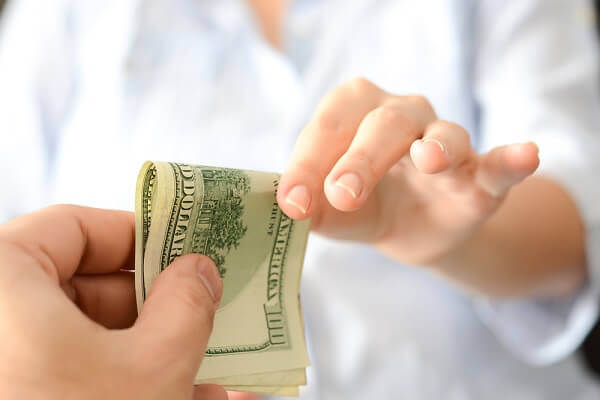 Attorney Dr. Nick Oberheiden (“The DOL Lawyer”) and His Team of Former DOJ-Lawyers Are Defending Work Comp and DOL Providers Across the Country: Call Today!

Workers compensation and federal workers compensation clinics and providers are subject to federal prosecutions like never before. The Justice Department, not just in California (see ILWU) and Texas has drastically intensified audits, fraud investigations, and prosecutions against DOL and comp providers nationwide. At focus are not just routine clinical services and outpatient physical services, but increasingly allegations of unlawful kickbacks in connection with surgery centers, toxicology laboratories, compound pharmacies, and other ancillary revenue streams.

Co-written by former Justice Department DOL healthcare fraud prosecutors, this article looks at some of those investigations with the view of encouraging providers to task experienced attorneys to install and enforce real compliance efforts to protect the professional licenses, financial assets, and freedom of otherwise potential targets of the next DOL prosecution wave.

Criminal Prosecutions Against DOL/Work Comp Doctors Are Happening Across the United States: Here Are Some Recent Examples

How Do Providers Learn that They Are Under Investigation for Workers Compensation Fraud?

Most clients contact Oberheiden, P.C. after they were formally notified about an investigation. In the majority of instances, our workers compensation providers seek our help when they received a grand jury subpoena or when they were visited by U.S. Postal Inspection Service, Office of Inspector General, or FBI agents at their clinic with a request for an interview. Sometimes, however, doctors reach out to us when they hear rumors about an investigation or when affiliates or former employees report contact with law enforcement. In the most drastic instances, you will learn about a federal case when your office is subject to federal search and seizure warrant or if federal agents arrest you based on an indictment for healthcare fraud.

What Should You Do When You Receive a Grand Jury Subpoena?

If you or anyone you are affiliated with receives a grand jury subpoena or other form of notice, you should immediately discuss your exposure with experienced counsel. A grand jury is tasked to decide whether or not to charge someone with a felony charges, so the mere fact that there is a grand jury in place must be of concern. Call one of the Oberheiden, P.C. federal grand jury defense lawyers to explore ways how to protect your interests and assets.

What Is DOL Healthcare Fraud?

Workers compensation fraud, in simple language, is a form of healthcare fraud that is often investigated by the FBI and the Office of Inspector General in combination with other state and federal agencies. The general statute applicable to workers compensation fraud is 18 U.S.C. 1347. Pursuant to this statute, a person is guilty of healthcare fraud if the following conditions are met:

Because tax fraud and tax evasion are federal crimes, these offense types are investigated by the IRS Criminal Investigation Division and the Federal Bureau of Investigation and prosecuted by Assistant United States Attorneys either from the Department of Justice or one of the 95 local U.S. Attorney’s Offices spread across the 50 U.S. states.

What Are the Penalties for Workers Compensation Fraud?

A defendant convicted of workers compensation fraud at trial or a defendant who decided to plead guilty to 18 U.S.C. 1347 must expect severe penalties. Pursuant to Title 18 of the United States Code, a defendant guilty of healthcare fraud will be ordered to not more than 10 years imprisonment per count, a term of supervised release, criminal fines; asset forfeiture, and a mandatory special assessment. The exact penalty depends on the amount that the government can prove a healthcare program was damaged and defrauded. The higher the damage, the higher the penalty. For example, if the government claims a provider committed healthcare fraud and the damage to DOL or the workers compensation program is $ 250,000, that defendant would unlikely qualify for probation unless a number of mitigating factors come together.

In criminal healthcare fraud investigations, the Statute of Limitations is typically five years. However, 18 U.S.C. 3282 is subject to various exceptions that can prolong the allowable prosecution phase, in particular if the case is charged as a federal healthcare fraud conspiracy.

How Can DOL Providers Get Charged in a Federal Conspiracy?

Federal prosecutors like to charge federal cases in form a conspiracy. The conspiracy option allows prosecutors to charge multiple defendants in one indictment rather than in a series of individual indictments and thus provokes dynamics whereby the government is intentionally playing defendants against each other.

Oberheiden, P.C. has substantial experience in workers compensation and DOL cases. Former DOL prosecutors and lawyers that actually understand your industry are ready and available to help you. All you need to do is contact us. It’s free and confidential!!