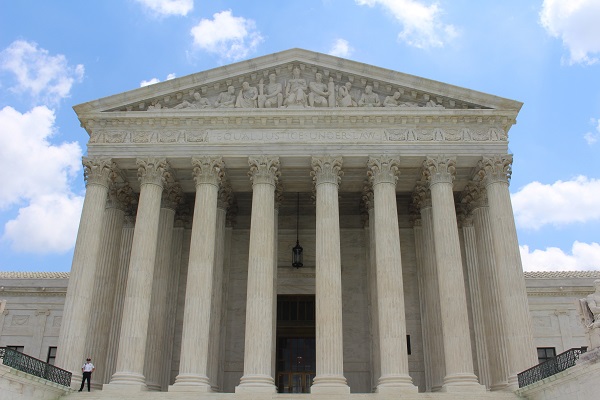 When a person accused of committing a federal crime in the United States relocates to a foreign country in order to escape prosecution, he or she is labeled a fugitive. In order to prosecute fugitives, the U.S. government works with foreign nations to obtain the fugitive’s surrender for extradition. Surrender and extradition proceedings are governed by bilateral treaties in most cases, though the Multilateral Convention on Extradition signed at Montevideo on December 23, 1933 (MCE) governs extradition of fugitives to the United States from Mexico and 10 other countries in Central and South America.

If you are being targeted for extradition to the United States, you essentially have two options: (i) you can voluntarily surrender and prepare to defend yourself in U.S. federal district court (referred to as a “waiver”); or, (ii) you can fight extradition and seek to avoid being detained pending trial in the United States. Although the procedural protections available to U.S. citizens and non-citizens in extradition proceedings are limited, there are a number of potential defenses available, and successfully fighting extradition will serve the dual purposes of avoiding trial and allowing you to remain in your current country of residence.

At Oberheiden, P.C., our team of nationally-recognized defense attorneys and former federal prosecutors provides experienced legal representation for foreign extradition proceedings and U.S. criminal trials. We represent U.S. citizens and foreign nationals, and we are able to represent clients facing extradition to the United States from all of the 100-plus countries that currently have extradition pacts with the U.S. – working with local counsel when necessary. If the U.S. Department of State is seeking to extradite you for prosecution domestically, or if you have been extradited and are waiting to stand trial in the United States, you can contact us 24/7 to speak with a member of our federal defense team in confidence.

When the United States seeks to prosecute a U.S. citizen or foreign national living abroad for a federal crime, the extradition process takes place as follows:

1. The U.S. Department of State Initiates a Request for Extradition

2. The U.S. Department of Justice Conducts a Determination of Extraditability

3. The U.S. Department of State Submits the Extradition Request

4. Extradition Proceedings are Conducted According to the Applicable Treaty Provisions and the Laws of the Fugitive’s Country of Residence

Once the request is received, extradition proceedings will be conducted according to the applicable treaty provisions and the laws of the fugitive’s country of residence. If a provisional arrest is sought, local law enforcement will execute a warrant for the fugitive’s arrest. At this point, the U.S. government will have already invested substantial time and resources in the request, and foreign policy considerations may make it difficult for officials in both countries to resolve the matter with the fugitive’s defense counsel absent a favorable ruling from the court or agency presiding over the proceedings. This fact makes it especially important for fugitives to assert all available defenses during the extradition process.

5. The Fugitive is Arrested and Surrendered to the United States

Extradition to the United States: Defenses to Extradition

Various provisions of the U.S. Constitution can protect fugitives against extradition to the United States in addition to providing protection during federal criminal prosecutions. For example, during the Department of Justice’s determination of extraditability, it may be possible to argue that any evidence available to the U.S. government would be inadmissible at trial due to constitutional protections (such as the Fourth Amendment prohibition against unreasonable searches and seizures or the Fifth Amendment right to counsel). The Sixth Amendment’s right to a speedy trial may work to prevent extradition as well; and, even if a fugitive is extradited, it may still be possible to assert a Sixth Amendment defense at trial.

If the offense for which the United States seeks to prosecute a fugitive does not constitute a crime in the fugitive’s current country of residence, then the doctrine of “dual criminality” may justify (or mandate) a denial of surrender. Various U.S. extradition treaties adopt the dual criminality doctrine, while others contain lists of specific extraditable offenses.

Lack of evidence can serve as a complete defense during the Department of Justice’s determination of extraditability, the foreign court’s or agency’s extradition process, and during a federal criminal court trial. At all stages, the government carries the burden of proof (whether this is the U.S. government or the government of a foreign nation); and, if the government’s evidence is lacking, then extradition (or a criminal conviction) is impermissible.

If you are a citizen of the country in which you are currently residing, your country’s extradition treaty may protect you based on the doctrine of nationality. Some countries will refuse to extradite their own citizens; however, many of the United States’ more-recent bilateral treaties expressly prohibit denial of extradition on the basis of nationality.

Various federal crimes are subject to statutes of limitations. If the statute of limitations for the alleged crime for which extradition is sought has expired, then the fugitive cannot be prosecuted and should not be extradited. Combined with the doctrine of specialty (which prevents the U.S. from prosecuting fugitives for crimes not identified in the applicable treaty and charged during the fugitive’s extradition proceeding, subject to certain exceptions), the statute of limitations defense can provide significant protection in relevant cases.

Speak with a U.S. Federal Defense Attorney at Oberheiden, P.C.

If you are concerned about being extradited to the United States, if you are currently facing U.S. extradition proceedings in a foreign nation, or if you are awaiting trial on federal charges in United States District Court, we encourage you to contact us immediately for a free initial case assessment. To speak with a highly-experienced federal defense lawyer at Oberheiden, P.C., call 888-680-1745  or send us a message online now.