Fighting Extradition from the United States to Foreign Nations - Federal Lawyer
Skip to content
We will protect your rights, reputation and freedom. Nationwide Federal Defense, Compliance and Litigation. 95% Success Rate.

Fighting Extradition from the United States to Foreign Nations 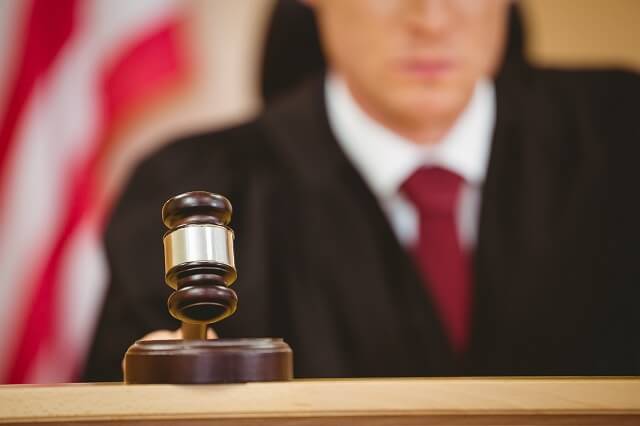 Countries around the world use extradition treaties with the United States to prosecute individuals suspected of offenses ranging from political crimes to murder and terrorism. The U.S. currently extradites both citizens and non-citizens to more than 100 countries spanning the globe, relying on various bilateral treaties dating back as far as 1872 as well as the Multilateral Convention on Extradition, to which it became a party on January 25, 1935.

Obviously, facing extradition from the United States is a very serious matter. If you are being targeted for criminal prosecution in a foreign nation and that nation’s state department and top law enforcement authorities are willing to take the extraordinary step of pursuing extradition, you need to do everything possible to protect yourself. The extradition process is extraordinarily complicated and involves agencies and sources of legal authority from both the United States and the foreign nation seeking extradition; and, in order to avoid criminal prosecution overseas, you need to being fighting against extradition immediately.

This article provides an overview of the extradition process when a foreign country’s government is seeking prosecute an individual who is currently residing in the United States. It also discusses some of the types of offenses that most-commonly lead to requests for extradition from the United States, as well as some of the potential defenses that may be available. However, if you are the subject of a foreign extradition request, it is imperative that you engage defense counsel as soon as possible, and we encourage you to call us promptly at 888-519-4897 for a free and confidential case assessment.

With regard to extradition from the United States, the process generally starts with a foreign government submitting a formal request to the U.S. Department of State. These requests come through diplomatic channels; and, as explained by the Department of State, they “usually [come] from the [requesting] country’s embassy in Washington.”

2. Review by the U.S. Department of State

As explained in the United States Attorneys’ Manual:

OIA reviews . . . [extradition and provisional arrest] requests and forwards appropriate ones to the district [where the subject of the request is located]. The Assistant United States Attorney assigned to the case obtains a warrant and the fugitive is arrested and brought before the magistrate judge or the district judge. . . . A hearing under 18 U.S.C. § 3184 is scheduled to determine whether the fugitive is extraditable.”

3. Hearing to Determine Whether Fugitive Should Be Surrendered

At the hearing, the government will oppose the fugitive’s request for bond, and the subsequent steps will be determined by the applicable extradition treaty. However, in no case is the hearing intended to adjudge the fugitive’s guilt for the crime alleged by the foreign nation requesting extradition. Instead, the focus of the hearing is more akin to a grand jury proceeding in which the focus is on determining whether there is probable cause to pursue formal charges for an indictable offense. As explained in 18 U.S.C. § 3184:

“If, on such hearing, [the judge] deems the evidence sufficient to sustain the charge under the provisions of the proper treaty or convention, or under section 3181(b), he shall certify the same, together with a copy of all the testimony taken before him, to the Secretary of State, that a warrant may issue upon the requisition of the proper authorities of such foreign government, for the surrender of such person, according to the stipulations of the treaty or convention; and he shall issue his warrant for the commitment of the person so charged to the proper jail, there to remain until such surrender shall be made.”

4. Petition for Writ of Habeas Corpus

5. Surrender of Fugitive for Extradition

Under both approaches, crimes that will commonly subject a fugitive to extradition from the United States include (but are not limited to):

Extradition from the United States: Defenses for Fighting Against Extradition

Despite the severe risks of facing extradition, the procedural protections in place for U.S. residents (including both citizens and non-citizens) are limited. As discussed, the OIA need only to prove probable cause (not guilt beyond a reasonable doubt) in order to obtain an extradition certification; and, if a magistrate or district court judge rules that extradition is warranted, the only options available are to: (i) petition for a writ of habeas corpus on very limited grounds; and, (ii) to try to convince the Secretary of State that “policy” considerations justify releasing the subject of a diplomatic extradition request despite a federal court ruling that extradition may move forward.

However, there are still various defenses that the targets of foreign extradition requests can use to preserve their standing in the United States. Depending upon the circumstances involved, some of the defenses that may be available include:

Read about more potential defenses to extradition from the United States to a foreign nation.

Are You Facing Extradition from the United States?

At Oberheiden, P.C., our team of nationally-renowned defense attorneys and former federal prosecutors brings centuries of combined legal experience to helping clients fight extradition from the United States to foreign nations. To speak with a member of our federal defense team as soon as possible, call 888-680-1745 or tell us how to reach you online now.