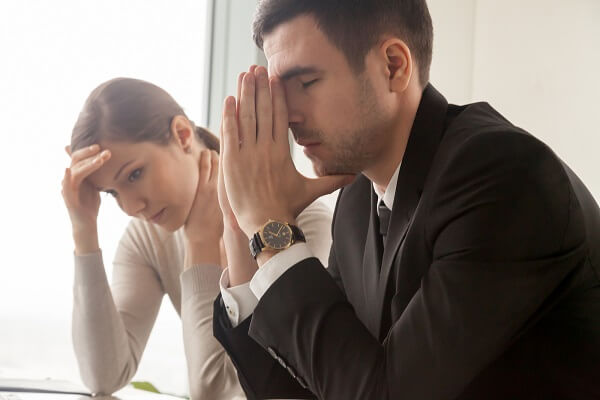 The Employee Retirement Income Security Act of 1974 (more-commonly known by its acronym, “ERISA”) is a federal statute that imposes affirmative obligations and other requirements in relation to the management of employer-sponsored retirement and benefit plans. ERISA exists in order to protect plan participants’ retirement savings and other accumulated benefits, and it utilizes a variety of means in order to do so.

One of these means is criminal enforcement. Under ERISA, business owners, plan managers, trustees, and other individuals who unlawfully deprive plan participants of their savings or contributions to which they are entitled can face severe penalties. The U.S. Department of Labor (DOL) and the U.S. Department of Justice (DOJ) share primary responsibility for enforcing ERISA, and businesses and individuals targeted by the DOL or the DOJ (or both) must be prepared to defend themselves effectively.

Criminal allegations under ERISA run the gamut from making materially false statements to embezzling employees’ retirement funds. Individuals targeted in criminal ERISA enforcement investigations will often face charges under other federal criminal statutes as well. Some of the most-common types of allegations in criminal ERISA cases include:

Allegations of intentionally stealing plan participants’ funds are among the most-common and most-straightforward allegations in criminal ERISA enforcement matters. In federal statutory terms, stealing may be prosecuted as embezzlement, conversion, or theft depending upon the specific factual circumstances involved. In recent years, the DOL and the DOJ have pursued criminal charges against business owners, executives, trustees, and other individuals accused of embezzling or converting relatively low sums (in the low tens of thousands of dollars), signaling the government’s clear intent to aggressively protect employees’ retirement savings.

Next on the list is fraud targeting plan participants. “Fraud” is a general term that encompasses a broad range of unlawful activities, from misrepresenting where participants’ funds are deposited to falsifying account records in order to conceal theft of plan assets. Due to the broad and varying nature of the activities that can be classified as fraud, criminal ERISA enforcement cases will frequently involve some form of fraud allegation.

Making materially false statements or otherwise failing to produce compliant ERISA-required documentation can lead to criminal charges under two separate provisions of federal law. Section 1027 of the U.S. Criminal Code imposes fines and up to five years of imprisonment for making false statements or concealing facts in relation to ERISA-required documentation, while Section 501 of ERISA imposes fines and up to 10 years of imprisonment for violations of statutory reporting and disclosure requirements. These are severe penalties; and, in many cases, avoiding long-term imprisonment will be a matter of arguing that either (i) any alleged misrepresentations are not actually misleading, or (ii) any verifiable errors were the result of honest human error rather and are not indicative of fraudulent intent.

In many cases, allegations of embezzling or converting plan participants’ funds will be accompanied by allegations of altering the affected participants’ account information or using other unlawful means in order to gain access to their accounts. This includes means such as forging signatures and fraudulently representing that plan participants have authorized with the withdrawal or transfer of their funds. In addition to constituting criminal violations of ERISA, alteration of financial records, forging financial instruments, and unlawfully utilizing plan participants’ personally-identifying information can be prosecuted under a variety of other federal criminal statutes as well.

Diversion of plan participants’ funds is a common allegation as well. In contrast to embezzling funds from a participant’s account or converting plan assets for personal or business use, diversion involves misdirecting plan contributions or distributions. This includes diverting funds withheld from employees’ paychecks as well as diverting matching funds from the employer. Diversion investigations will often involve allegations of additional crimes similar to investigations targeting embezzlement or conversion; and, in this context, allegations of criminal violations of the Internal Revenue Code are also common.

While most criminal ERISA investigations target fraud and other crimes affecting pensions, 401(k) plans, profit-sharing plans, and other types of employer-sponsored retirement plans, it is important not to forget that ERISA covers medical, health, and death benefit plans as well. In addition to fraud, embezzlement, conversion, theft, diversion, and the other offenses listed above, a common allegation in health plan-related ERISA investigations involves excluding employees for whom providing coverage would significantly increase the costs of the plan. If an employer intentionally excludes “high-risk” employees from a self-funded plan in order to shift costs to the employee and/or a private insurer, this can lead to criminal charges and the potential for substantial fines and prison time under ERISA.

Due to the nature of the offenses that constitute criminal violations of ERISA, in criminal ERISA enforcement matters involving the DOL and the DOJ, the Internal Revenue Service’s (IRS) Criminal Investigation Division will frequently get involved as well. Similar to many types of ERISA violations, while tax violations (such as filing an inaccurate return or failing to pay taxes) can be handled as civil matters, criminal prosecution is also a possibility. In fact, it may be fair to say that criminal prosecution is even likely when it appears that the failure to report income or pay taxes is the result of an attempt to conceal other unlawful conduct.

ERISA requires annual audits of plan financial statements, and these audits must be conducted by an independent public accounting firm. Fraud involving an ERISA audit – including misrepresenting information to auditors, withholding information from auditors, and attempting to improperly influence the outcome of an audit – can lead to criminal prosecution under ERISA. DOL and DOJ agents will typically view fraud targeting the audit process as an attempt to cover up other statutory violations affecting plan participants; and, as a result, investigations that initially focus on ERISA audits will often expand to include other allegations as well.

Individuals targeted for criminal violations of ERISA will often face charges for mail fraud, wire fraud, and money laundering as well. Similar to tax evasion, these are crimes of general applicability that will often be implicated by the conduct involved in ERISA-related offenses. The penalties for mail fraud, wire fraud, and money laundering include substantial fines and long-term federal imprisonment, and the U.S. Criminal Code defines each of these offenses so broadly that charges will be possible in virtually any criminal ERISA enforcement matter.

The federal attempt and conspiracy statutes are of concern for business owners, plan managers, trustees, and other individuals in criminal ERISA enforcement matters as well. These statutes impose fines and prison time for “inchoate” (or incomplete) offenses, meaning that it is not necessary to actually embezzle or divert plan participants’ funds in order to face prosecution. Due to the breadth of these statutes and the ability to utilize alleged “co-conspirators” statements against one another, federal prosecutors will routinely raise attempt and conspiracy allegations during federal criminal investigations.

While the potential exists to face a variety of different charges in a criminal ERISA enforcement case, there are numerous potential defenses to these charges as well. When targeted for an ERISA violation or a related offense, it is imperative to promptly intervene in the government’s investigation and determine the scope and nature of the allegations as soon as possible. Once you know what you are up against, then you can develop and execute a defense strategy that is focused on the specific issues at hand and that is proportional to your potential exposure in the investigation. At Oberheiden, P.C., our federal criminal defense lawyers utilize defense strategies including:

Have you been contacted by federal agents from the DOL, DOJ, or IRS? Are you concerned that you may be the target of a criminal ERISA enforcement investigation? Call 888-680-1745 or contact us online now to speak with one of our senior federal defense lawyers in confidence.