Factors Used in Determining Whether to Grant/Deny A Foreign National Prisoner Transfer - Federal Lawyer
Skip to content
We will protect your rights, reputation and freedom. Nationwide Federal Defense, Compliance and Litigation. 95% Success Rate. 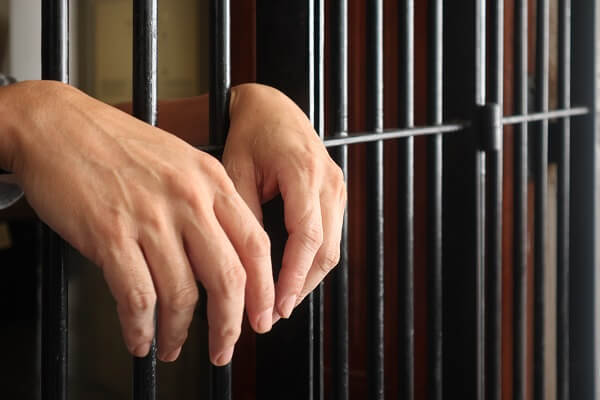 Prisoners in both federal and state custody can request an international prison transfer to serve the remainder of their sentence in their home country. Prior to initializing such transfer process, compliance with treaty provisions, federal legislations, and state laws (if relevant) is required. For instance, prisoners can only be transferred to foreign countries with which the United States has a valid treaty regulating prison transfers. These transfers must also comply with federal legislation, state laws (if the prisoner is in state custody), and Department of Justice (“DOJ”) guidelines.

In the United States, Congress delegated the authority to administer international prisoner transfer cases under all applicable treaties to the U.S. Attorney General. The Attorney General then delegated this duty to the Criminal Division and the Office of International Affairs (“OIA”). The OIA within the DOJ is in charge with transferring prisoners to their home country to serve the remainder of their sentences. The International Prisoner Transfer Unit (“IPTU”) within the OIA is responsible for administering the International Prisoner Transfer Program and deciding whether to approve or deny a transfer request based on certain guidelines and factors.

Because this process can be highly complex and involves coordination at multiple levels—including at the federal, state (sometimes), and international levels—retaining a qualified attorney to help individuals prepare and navigate the transfer process is recommended.

It is the responsibility of the BOP to determine whether the prisoner is eligible to apply for a prison transfer. A prisoner must satisfy three basic elements to be eligible for transfer:

Once the BOP determines that the prisoner is eligible to continue with a prison transfer application, that application is forwarded to the OIA. The OIA—particularly the IPTU within the OIA—then considers whether the applicant would be a suitable applicant for prison transfer. This consideration is based on certain criteria, factors, and guidelines, all of which are weighed to form a decision to either grant or deny the transfer application.

These criteria, factors, and guidelines are discussed below.

The Relevant Treaty Provisions Have Been Satisfied

The United States cannot transfer a prisoner to a foreign country unless it has a treaty relationship regulating prison transfers. The basic requirements of the treaties and implementing federal legislation that must be satisfied prior to transfer include the following:

Other relevant factors that could affect the decision to grant or deny a transfer request include whether the prisoner became a domiciliary of the sentencing country; whether the sentence is a capital offense; or whether the offense was a military or political offense, as some examples.

The Potential Social Rehabilitation of the Prisoner

The purpose of transferring foreign national prisoners is to enable them to be socially rehabilitated back into the society of their home country. In fact, this “rehabilitation” goal is a critical factor of consideration in many prison transfer treaties. A prisoner’s rehabilitation assumes that he or she can best integrate back into society in an environment and culture that is familiar to them and that is surrounded by family and friends. Some factors that the Department considers here include:

Another important consideration when evaluating the prisoner’s transfer application is law enforcement concerns. Examples of such concerns are listed below:

Compelling Humanitarian Concerns Regarding the Prisoner

Every state has enacted legislation that allows them to take part in the International Prisoner Transfer program. When a foreign national prisoner has been convicted in state court and is serving time in state prison, that prisoner can request a prison transfer. In such cases, the prisoner must first obtain the state’s approval for the international transfer prior to having their case considered by the federal government. The prisoner must take care to follow their state’s rules and procedures regarding the transfer application process, which could differ from state to state.

If the state denies the prisoner’s transfer request, the transfer will not occur, and the federal government cannot compel a state to complete the transfer of the foreign national. If the state approves the prison transfer, the case is given to the Department. The Department generally defers to the decision of the state unless there is a compelling federal interest to the contrary or an unsatisfied treaty requirement.

An Attorney’s Role in the Prisoner Transfer Process

Foreign national prisoners who are seeking a transfer to their home country are not required to be represented by counsel. However, there are several reasons why retaining an attorney can be beneficial, including helping prisoners understand the transfer process and what to expect, coordinating with state/federal and international counterparts, and counseling the prisoner’s family members. Contact the attorneys of Oberheiden P.C. today.