What Are Grounds for Texas Jurisdiction? 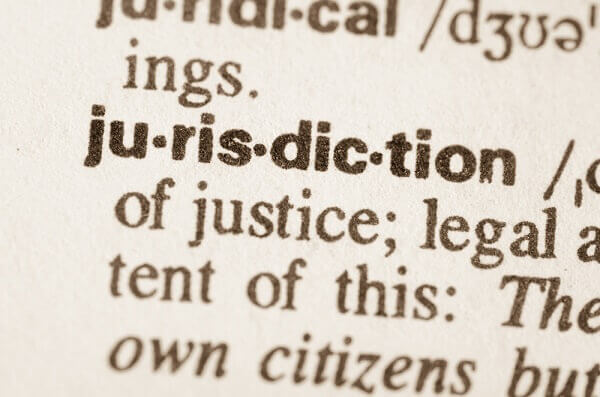 The Situation. Frequently, businesses or people receive a citation telling them they have been sued in Texas, even though they and their business are located in another state.  Alternatively, a Texas resident may have been wronged by a person living in another state and wonder whether they can sue that person in Texas.  Generally speaking, Texas state court jurisdiction can be appropriate, even if the defendants are not Texas residents, if the Defendants committed wrongful acts in Texas, signed a contract in Texas, or breached a contract that was to be performed in Texas.

Lack of Jurisdiction. However, Defendants often argue that Texas courts cannot exercise jurisdiction over them.  In most courts, this argument would be raised by a motion to dismiss for lack of personal jurisdiction. In Texas state courts, the argument is made in a pleading called a “special appearance.”  Such a pleading must be sworn, and must be made before any other pleading in the case, such as an answer or motion to transfer.

Forms of Jurisdiction. Texas courts can exercise personal jurisdiction over a defendant either generally or specifically.  In order to maintain general jurisdiction, the party must regularly conduct business in the state of Texas.  However, even if they do not, the court may exercise specific jurisdiction over a party if two elements exist:  first, the defendant engaged in activities “purposefully directed” towards the forum; and second, the litigation results from injuries that arise out of or relate to those activities.

Case Law. Notably, the defendant does not have to ever have been physically present in the state for a Texas court to have jurisdiction, so long as their activities were directed towards Texas and the injury was a result of those activities.  For example, in Calder v. Jones, 465 U.S. 783, 790 (1984), writers for the National Enquirer, who lived and worked in Florida, wrote an article about a California actress.  They were sued for libel in California and filed a special appearance.  The US Supreme Court upheld California’s jurisdiction over the reporters, because they took purposeful actions in Florida that they knew would have an effect in California. As the Court said in Calder, “In this case, petitioners are primary participants in an alleged wrongdoing intentionally directed at a California resident, and jurisdiction over them is proper on that basis.”   Such jurisdiction can extend to employees, officers, or directors of the company as well.  As the Dallas Court of Appeals said in Tabacinic v. Frazier, 372 S.W.3d 658, 669-70 (Tex. App.—Dallas 2012) “A corporate officer may not escape liability where he had direct, personal participation in the wrongdoing, as to be the ‘guiding spirit behind the wrongful conduct’ or the ‘central figure in the challenged corporate activity.’”

Discovery Process. Finally, if you have filed suit against someone who is resisting jurisdiction, you may have the right to take discovery on the jurisdictional issues prior to the court’s decision on the special appearance, if you file affidavits showing that such discovery is necessary.

If you have questions about Texas jurisdiction or face challenges regarding personal jurisdiction in Texas courts, you should contact the experienced attorneys at Oberheiden, P.C.. Get a free and confidential consultation and benefit from talking to former federal and state prosecutors and experienced litigators.