Fight for Your License. Get An Aggressive Medical Board Law Firm on Your Side. 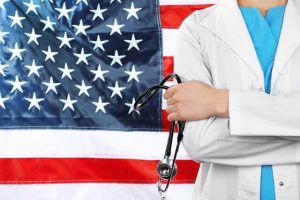 Have you received an administrative complaint from your state’s board of medicine? Are you concerned about the possibility of having to defend your hard-earned medical license in front of a government panel that could take it all away with a single vote?

It’s a terrifying prospect and one that most doctors never imagined they might face. But it happens all the time and often because of factual misunderstandings, personal issues that should not affect your medical practice, or very small matters that have been blown out of proportion.

But however unjustified your case might seem, it’s important that you take it seriously.

Appearing before the state medical board in response to an alleged violation, an administrative complaint, or a breach of the standard of care will become one of the most important chapters in your medical career. But the way you approach the situation could determine how that chapter ends.

Many healthcare providers have faced official complaints, hearings, and reviews with the threat of a suspended or revoked licensed and lived to tell the tale — with their license still intact. In fact, that is exactly the outcome we have seen in the overwhelming majority of the cases we have handled as medical board defense attorneys.

At Oberheiden, P.C., we understand that, more often than not, these cases involve otherwise outstanding healthcare professionals who’ve fallen into a single sticky situation that ought not color the rest of their career.

But we also know that the government is typically more interested in making an example of doctors (“to send a message”) than it is in doing what’s truly right.

Likewise, we have seen so many medical professionals try to handle these matters on their own and make critical, career-ending mistakes along the way.

That is why hiring an experienced medical license defense team is so important. It could mean the difference between a long and vibrant career in which this unfortunate chapter becomes a distant memory and a career in a different field. Because an adverse determination in which you lose your medical license, DEA registration, or your good standing in the community could be an absolute barrier to continuing in your current line of work.

Let us help. Our attorneys work hard not only to mount a strategic legal defense, but also to negotiate a better outcome with the government whenever possible (and it is often possible) and to handle the public relations side of things whenever necessary as well.

As a law firm, we are deeply experienced in handling legal crises and have defended high-profile public figures (in addition to the numerous doctors, nurses, pharmacists, and white-collar professionals we’ve helped who are not public figures), so we know how to roll out a wise and multi-faceted response.

In the sections that follow, we will answer some of the most frequently asked questions regarding medical board hearings, including how they unfold, how you should respond, and how we can help.

How to Respond to an Administrative Complaint

When you receive an administrative complaint from your state’s medical board, it should immediately become your top priority. Don’t shrug it off. Don’t choose to “worry about it later.” Don’t try to handle it by yourself (more on that below).

Your response to the administrative complaint could be a decisive turning point in your case, and it’s one of the first things you’ll do. So make this commitment to yourself now:

The best course of action you can take is simply to pick up a phone and call a medical license law defense lawyer who has experience in responding to administrative complaints and in dealing with state medical boards regarding licensure issues.

Working with an attorney puts you in the best possible position for a successful outcome. It also allows you to take some of the stress of this situation off your shoulders sooner than later. A medical board hearing is trying enough as it is.

But no matter what you do, do not make the mistake of failing to respond on time. Read the instructions carefully, comply with them fully, choose your wording wisely, and leave yourself a comfortable window of time before the response deadline.

Common Mistakes When Answering a Complaint of this nature

Dealing with a medical license complaint (or even thinking about it) can be emotionally daunting. When emotions get the best of you, or if you fail to fully appreciate the gravity of the situation, it’s easy to make mistakes.

Remember, investigators may seem impartial or even friendly – that is part of their job. But they are not on your side. Don’t stumble into a half-truth or a vague statement that could be misconstrued as a lie.

As a rule of thumb, you should assume your statements will be viewed in the worst possible light and then used against you. With this in mind, keep your guard up and choose your words wisely. Here again, we recommend that you talk to a lawyer about issuing a response on your behalf.

Your Right to Due Process: Why It’s a Good Idea to Request a Medical Board Hearing

Too often, doctors simply assume they can ignore the letter as a “first notice” and wait until they receive “final notices” before taking action. While you may hear from the board again, this is not a wise strategy. A strategic legal defense will take time to prepare so the sooner you get started, the better.

In other cases, we have seen doctors assume that, because the complaint filed against them is “clearly” frivolous or unreasonable, there is no chance the medical board would ever sanction them over it. “So why bother with a hearing?” the thinking goes. “That seems like overkill.” This is exactly the mindset that leads to medical licenses being revoked.

Anytime the government notifies you of a complaint or procedure that could potentially result in the loss of your medical license, you are entitled by law to a hearing.

This is part of your right to due process under the law. The government can’t take away your property interests or legal rights without first providing you:

The administrative complaint serves as formal notice, which should itself send up a red flag. By providing you notice, the government has already taken its first step toward revoking your medical license.

The medical board hearing fulfills the second prong of the due process requirement – the opportunity to defend yourself (or to have an attorney speak on your behalf). Don’t give up that opportunity.

There Are Two Types of Medical Board Hearings

Generally speaking, you will have a choice between two types of hearings. We will outline the most important aspects of each below, but you should consult directly with an attorney before choosing which one is right for you.

Should You Choose a Formal or Informal Hearing at the Board of Medicine?

In most cases, providers will opt for a formal hearing where there is wider latitude for mounting a vigorous argument in your defense. There are, however, scenarios in which, as a matter of strategy, an informal hearing is the better course of action (if your attorney so advises).

Don’t be misled by the word “informal.” Both of these are complex procedures where the stakes are high. You deserve to have the very best legal representation from beginning to end. A medical board hearing defense lawyer at Oberheiden, P.C. can help.

The Administrative Complaint Is Not the End of the Story

The government must meet a very high legal standard before it can take away your license. But it does not have to meet that standard merely to issue an administrative complaint.

In other words, the government issues the formal notice before it has been put to the test. In many cases, the government’s case falls apart during the hearing process, especially when healthcare providers are represented by aggressive and experienced attorneys.

Why Healthcare Providers Should Never Self-Represent in Medical Board Hearings

Even though these hearings involve disputes of a medical nature in which your expertise may certainly be relevant, it is important to underscore that these are ultimately legal proceedings. In a formal hearing, your outcome will be determined as a matter of law. And because there is so much on the line, you owe it to yourself and your career to put your best foot forward.

Your best interests will be served by an attorney with a thorough command of the law and hands-on experience in advancing various legal strategies before state boards of medicine.

It isn’t uncommon for physicians facing disciplinary action from the state board to also face criminal concerns. This is especially true in cases involving alleged substance abuse, drug felonies, or criminal healthcare fraud.

Oberheiden, P.C. is a federal healthcare criminal defense law firm. In addition to handling medical license suspensions or revocations, we also represent white-collar professionals against a wide range of criminal accusations at the state and/or federal level. Our team is comprised of former federal prosecutors who bring an insider’s perspective to the table. We fight for our clients with zeal and resolve, and we’re proud of our record of success. The majority of our clients have not only maintained their medical licenses but have also stayed out of prison and some even had their criminal cases dropped altogether.

Get Good Advice: Set up a Free Consultation with Oberheiden, P.C.

The outcome of your medical board hearing may depend on the decisions you make today. Be proactive in your defense. Put a passionate legal team with a record of success on your side. Contact our office to schedule a free consultation right away.