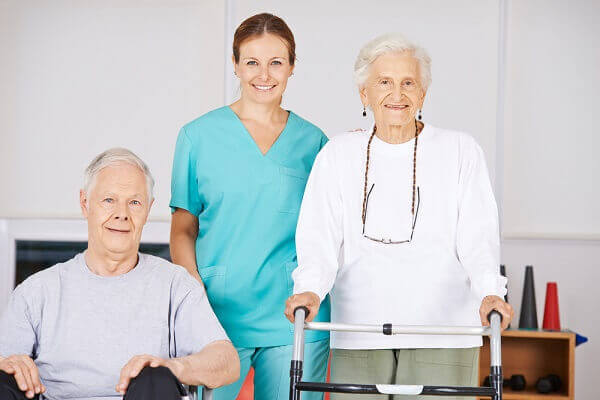 Home health fraud within the Medicare Program has been pervasive for years.  In fact, OIG home health investigations have resulted in more than 350 cases involving more than $975 million in claims.  Areas such as Dallas, Houston, Miami, Los Angeles, and Detroit have experienced such high levels of suspected fraudulent activity that the federal government targeted those areas for Healthcare Fraud Prevention Action Teams (a/k/a “HEAT Strike Force”), a targeted effort created in May 2009 to make certain healthcare fraud initiatives a Cabinet-level priority within the federal government.  Along with the increase in enforcement activity, CMS has enacted moratoriums on new home health agencies in these areas.

Despite these focused efforts to combat fraud, home health fraud remains an ongoing concern.  In 2015 alone, the Medicare Program paid out an estimated $18.4 billion in claims with approximately $10 billion of that amount believed to be improper.  In June of 2016, HHS-OIG issued a report in which they detail the findings from their review of home health Medicare claims data for calendar years 2014-2015.  A quick scan of the report reveals that more than 500 home health agencies and 4,500 physicians were statistical outliers when viewed through the prism of the five (5) characteristics commonly found in OIG home health fraud investigations.  Furthermore, based on these same characteristics, 27 cities in 12 states emerged as “hotspots” for home health fraud.

The 5 Characteristics of Home Health Fraud

A home health agency or physician typically appears as an outlier in two (2) or more of the five common characteristics in order to be considered a suspicious provider identified in the OIG report.

Why These Characteristics and What do They Really Show?

When discussing the findings for home health agencies and physicians, the OIG report identifies the national average for providers relating to each of the characteristics and provides a threshold percentage for providers identified as outliers.  Put simply, the report shows the average number of claims (reflected in percentages) a typical provider has with one of the specific characteristics and compares it to the outlier providers.  For example, the national average for home health agencies that had patients with no recent visit from the supervising physician was 22.6% of the claims.  The threshold for outliers on this same characteristic was 62.5%.

Through the application of the five characteristics, OIG identified 500 home health agencies and 4,500 physicians as suspicious.  But why these five?  What do these characteristics show, and is there anything OIG is not saying about them?

(On a side note, this concept of cross claims analysis is very important for providers to realize.  OIG, CMS, ZPICs, RACs, DMERCs, and MEDICs have access to a multitude of claims data for each and every patient.  Looking at a patient’s total claims instead of just the claims from a suspect provider allows auditors and investigators the ability to find out if a patient was being treated at multiple locations on the same date and time, has a conflicting diagnosis by one provider and a suspect provider, received two knee braces even though the patient is an amputee, and other useful bits of information.  The application of this concept is limitless, and providers who may believe they can alter their medical records to perfectly match the claims they submit cannot control the medical records and claims of other providers.)

The second characteristic identified by OIG is the home health agency submits a high percentage of claims that were not preceded by a hospital or nursing stay.  For this characteristic, OIG looks at the 30-day period prior to the home health claim.  OIG’s report states that this may indicate the home health service is not medically necessary.  What the report does not mention is that this can also demonstrate kickbacks to patients and is tied to the use of recruiters, much like the first characteristic.

The third characteristic identified by OIG is the high number of home health claims submitted with a primary diagnosis of diabetes or hypertension.  OIG believes this is indicative of services that are not medically necessary.  Diabetics are attractive clients for home health agencies because the agency will send an employee to the patient’s home twice a day to simply test the patient’s blood sugar.  A patient typically can do this for him/herself, but the home health agency can increase its reimbursement by billing for such services twice per day (though unnecessary).  This is another situation where the patient may be offered money as an incentive to comply with the scheme so the home health agency can bill for services.

The final characteristic relates to claims for multiple home health readmissions in a short period of time.  Readmission after a temporary lapse in services supports a belief that the service being rendered is not medically necessary and that the agency is trying to cover up the duration of the care.

Several of the hotspots were previous targets of HEAT Strike Force Teams. These cities include Chicago, Dallas, Detroit, Houston, and Miami.  In spite of the number of successful prosecutions and millions of dollars recovered, large volumes of home health claims still occur in these cities.  While some hotspot locations had been on the government’s radar, so to speak, other cities were not. The OIG report identified several locations that had never been the focus of any anti-fraud efforts, including: Las Vegas, Orlando, San Diego, Phoenix, Provo, and Ada (Oklahoma).

In its conclusion, OIG points to the fact that the report was based solely on data analysis and that no medical records or other documentation was reviewed.  However, the report does state OIG will conduct investigations and audits of the home health agencies and physicians identified as outliers and/or refer the providers to CMS for follow up.  Further, OIG recommends that enforcement and program integrity efforts (read ZPIC) should continue in those already-targeted hotspots of HEAT activity as well as dedicating more investigative resources and attention to the newly-identified hotspots.

What Does this Mean to the Home Health Provider?

The OIG report was issued in June of 2016.  That was barely six months ago.  Medicare paid over $18 billion for home health services in 2015, and 54% of that amount was estimated to be improper.  OIG believes home health is a major problem despite all the enforcement actions taken thus far.  That belief is supported by the fact that home health agencies continue to be statistically aberrant, including in cities where heavy enforcement is already taking place.

If you are a home health agency or a physician who frequently refers patients to home health, understand that, based on this report, your practice may receive intensified scrutiny.  The OIG report was based only on data and because of this, OIG repeatedly stated the report should not be interpreted as demonstrating fraud.  In order to support a finding of fraud OIG (or more likely a ZPIC) would need to review medical records.  This means that auditors and investigators may arrive at your door asking for records and requesting to interview employees.

OIG has made it a point to state that a greater anti-fraud effort is required for new hotspot areas identified above.  If you are a home health agency in a city that has experienced the intense enforcement efforts of the HEAT Strike Force Team, prepare yourself to be audited as well.  Successful prosecutions in Chicago, Dallas, Detroit, Houston, and Miami have not quelled the growth of home health claims or the aberrant tendencies of providers in those areas, and OIG intends to follow through.

The June 2016 report issued by OIG puts home health providers on notice that their line of business is still problematic within the Medicare Program and that enforcement efforts are still necessary.  If you are a home health provider experiencing your first audit, realize that information contained in OIG’s report is the likely reason why.  Providers that find themselves in this position should know that OIG and ZPICs have the authority to access the medical records that support the services billed.  Refusal to provide reasonable access to the medical records could result in a payment suspension.  Reasonable access can mean a sufficient amount of time to make copies of the requested records and provide at a later date.  Providers should also be aware they are not required to have any of their staff interviewed at the time the records are requested.  Providers in this situation should always try to find an attorney with experience dealing with Medicare investigations, regardless of whether it is initiated by OIG or the ZPIC for their region.

We Can Help You

Oberheiden, P.C. consists of former Medicare fraud prosecutors and law enforcement personnel with specific experience with hundreds if not thousands of ZPIC audits. Our combined experience of decades in charge of Medicare and Medicaid investigations helps our clients to better understand what government lawyers are looking for when reviewing healthcare data and ZPIC information.

Feel free to contact one of our attorneys directly. We are happy to share our ideas with respect to ZPIC audits and how to make sure that the audit does not turn into a broader Medicare investigation. Your call is free and confidential. Our attorneys are available weekdays and weekends.