A Lawyer So Respected Even DOJ-Prosecutors Hire Him 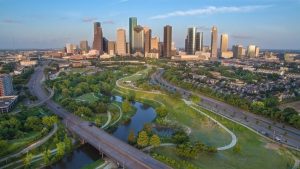 Think about it. Department of Justice prosecutors and FBI special agents come across hundreds of defense lawyers during their careers. But, what happens if these prosecutors and agents themselves become targets of an investigation? Whom, among all the lawyers they have seen perform and argue for clients, do they trust when their own life and reputation is on the line: Dr. Nick Oberheiden.

Indeed, Houston white collar federal criminal defense attorney Dr. Nick Oberheiden is the go-to lawyer for business owners, executives, physicians, dentists, lawyers, as well as prosecutors and FBI agents when effective strategies and proven experience are needed to protect one’s career, professional license, assets, reputation, and freedom. Compare Nick to any criminal lawyer you may find in Houston or Harris County, Texas, and judge for yourself.

No junior lawyer and no secretary will touch your case. Nick offers true client commitment from the moment you call (free of charge and absolutely confidential). Nick actually listens to you because he strongly believes that your side of the story is the key to resolution.

What are you waiting for? Call 214-692-2171 and get reliable answers to your most pressing questions or the second opinion you have been eagerly waiting for.

Stay Away from 95% of the Legal Advice You Get

95% of all criminal defense lawyers focus on state law cases because 95% of all criminal cases take place in the Texas state justice system and are thus non-federal. Truth is, representing drunk drivers and shoplifters is not the same as negotiating with highly trained FBI agents and extremely resourceful federal prosecutors. Put simply, what may work in juvenile court rarely solves problems with the Department of Justice.

The difference between state and federal criminal defense becomes a problem when state law strategies are expected to work in federal cases. They don’t. When you interview with a traditional criminal defense attorney and provide an overview about your case, you most likely will hear that lawyer try to calm you down with one of the following defense speeches.

Judged from the experience of several hundreds of federal investigations, all three of these objections are recipes for disaster in federal cases and fatal. They don’t work. You may find the federal criminal justice system unjust, but if you find yourself in it as a subject or a target, you need to use the system as it is and must not expect the system to cater to your needs and wishes. You need a proven Houston White Collar Federal Criminal Defense Lawyer on your side.

Nothing is less impressive to a prosecutor than hearing from a criminal defense attorney that his client had no intent or that the government has the burden of proof. That’s really not a starting point for effective communication or case resolution. In fact, it provokes the government to meet its burden and intensify the investigation. The case is heading for battle.

A recent example may exemplify the problem. The DEA suspects a physician to have prescribed opioids unlawfully. The physician is now a target of a federal criminal investigation. What are the options for his defense?

There are two main differences between Option 1 and Option 2. The first distinction is that Nick voluntarily took the burden of proof. Instead of sitting back and waiting to see what happens and without insisting on the government to meet its burden, Nick assumed the burden to prove his client’s innocence. You can say that is a perversion of the system and that is not how the system ought to work. Granted. However, the system offers this option and most people would rather accept the burden and be free and proven innocent than relying on the system and risk indictment, arrest, and expensive trials.

The second difference is even more fundamental. Oversimplified, to violate the law, two things need to be proven: the defendant did something contrary to the law and the defendant did so intentionally. Almost all federal criminal statutes require intent— that is some form of willful, knowing, intentional conduct. The vast majority of lawyers focus on the second level, which lawyers call mens rea, and argue that there was no intent. In the example above, Houston Federal Criminal Attorney Nick Oberheiden argues differently by challenging the assumption that there was misconduct in the first place. Instead of saying the doctor overprescribed but did not do so intentionally, Nick argues the doctor acted entirely conform under the applicable rules and ethical obligations. A lack of intent argument does not even become necessary. Here are examples where this approach worked:

Trained in negotiations at Harvard Law School, Ph.D. federal criminal lawyer Nick Oberheiden is available to help you find a way to navigate you through the federal justice system.  Call 214-692-2171 and let’s shut down the investigation before things escalate to your disadvantage.

Why Does the U.S. Attorney’s Office in Houston Claim a Federal Conspiracy?

Prosecutors in the Southern District of Texas frequently use conspiracy charges to list multiple defendants in a single case rather than filing several related cases. In essence, the government will claim that the various conspirators provided, each individually and everyone for the common goal, a contribution to the alleged scheme. Contrary to common belief, a conspiracy does not require a formal agreement. A mere working together, even amongst personally unknown co-conspirators, is sufficient to demonstrate an at least implicit understanding and consensus. For example, A manufactures drugs, B sells drugs to C, who sells them to D. A and C never speak together, never meet. B is the connector that allows the government to indict A, B, and C in the same case. Examples:

When you hire Houston federal white collar defense lawyer Dr. Nick Oberheiden, you will enjoy a lawyer with true experience, respected by his peers and prosecutors. No matter how hopeless you consider your situation, Nick will explore different options and find mitigating factors and strong factual and legal defenses. The Law Office of Oberheiden, P.C. also offers other kinds of Criminal Defense Representation.