How Can Pharmacists Be Charged with Prescription Drug Fraud? 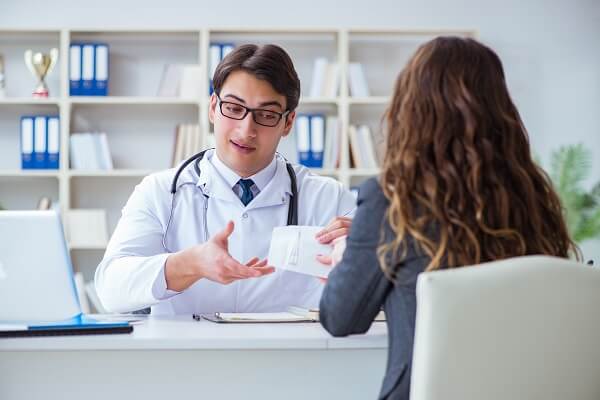 Pharmacists are currently at high risk for being targeted in Federal Healthcare Fraud investigations. If your pharmacy or compound pharmacy is under investigation, we can help.

When you went to pharmacy school, the last thing on your mind was the risk of being targeted in a federal investigation. As you went through school, you learned more about the federal healthcare laws that apply to pharmacists. But you still never could have imagined that you would end up in the crosshairs of the Department of Justice (DOJ) or the Drug Enforcement Administration (DEA).

But, now the risk that you learned about in a textbook has become a reality. A federal agent showed up at your pharmacy, you received a “target letter,” or you received a federal subpoena, and suddenly you are at risk for being civilly or criminally charged with prescription drug fraud. You need to protect yourself, but how? How great is the risk that the DOJ’s or DEA’s investigation could lead to federal prosecution?

When most people think about prescription drug fraud, they imagine a large-scale “pill mill” scheme in which doctors and pharmacists are prescribing and dispensing medications at an alarming rate to individuals who aren’t their patients – and who may be drug-dependent. While these types of schemes exist and they certainly represent one example of prescription drug fraud, it takes far less to earn the federal government’s attention.

Although many people perceive that federal prescription drug fraud investigations target shady pharmacies and those that have been established with the intention to defraud the government or divert prescription drugs, the reality is that the DOJ and DEA are targeting legitimate pharmacists with increasing frequency. In these investigations, federal agents and prosecutors are looking for evidence of:

Just as prescription drug fraud can take many different forms, there are also many different ways in which pharmacists and compound pharmacists can get caught up in federal investigations. From errors on the part of billing administrators to unknowingly receiving and filling fraudulent prescriptions, it is not unusual for pharmacists and compound pharmacists to be targeted in situations in which they had no knowledge of the alleged fraudulent practices that triggered the DOJ’s or DEA’s inquiry.

It is also becoming increasingly common for federal authorities to try to implicate pharmacists and compound pharmacists in prescription drug fraud “conspiracies.” By charging (or attempting to charge) pharmacists and compound pharmacists with playing a role in a conspiracy, federal prosecutors can create the risk of huge fines and federal imprisonment even in circumstances in which no medications were actually dispensed and no improper billings were actually submitted to Medicare, Medicaid, or Tricare. In order to obtain a criminal conviction for prescription drug fraud conspiracy, all federal prosecutors need to prove is that:

The primary stages of a federal prescription drug fraud case are: (i) an investigation, (ii) charging, (iii) pre-trial, (iv) trial, and (v) sentencing. However, a prescription drug fraud case does not have to proceed through each of these stages. In fact, the best-case scenario is to resolve the government’s inquiry during the investigative process so that you are never formally charged with a civil or criminal offense.

At Oberheiden, P.C., we have the experience to implement strategies with the sole goal of avoiding charges. While prosecution is always a possibility, with a strategic and proactive approach, we have protected our clients against prosecution in the majority of cases we have handled. We have achieved this record of success by:

Is your pharmacy or compound pharmacy under investigation by the DOJ, DEA, or another federal agency? For a free and confidential case assessment, call 888-680-1745 or request an appointment online now.

This information has been prepared for informational purposes only and does not constitute legal advice. This information may constitute attorney advertising in some jurisdictions. Merely reading this information does not create an attorney-client relationship. Prior results do not guarantee similar outcomes for any client or potential client in the future. Oberheiden, P.C. is a Texas professional corporation with its headquarters in Dallas. Mr. Oberheiden limits his practice to federal law.