How Can You Convince the Federal Government that You Did Not Have Criminal “Intent”? - Federal Lawyer
Skip to content
We will protect your rights, reputation and freedom. Nationwide Federal Defense, Compliance and Litigation. 95% Success Rate.

How Can You Convince the Federal Government that You Did Not Have Criminal “Intent”? 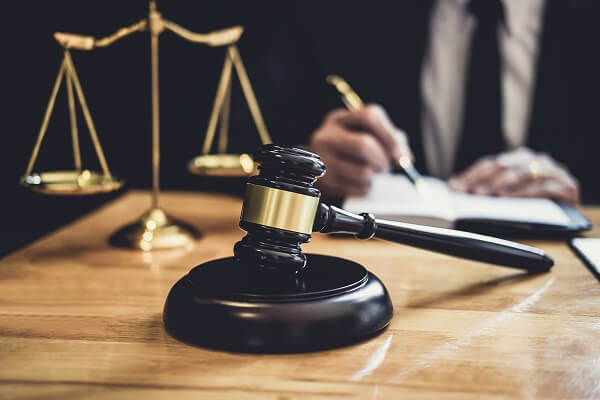 Whether you are currently the subject of a federal investigation or you have been indicted on federal criminal charges, a key component of your defense strategy is likely to focus on challenging the government’s evidence of criminal “intent.” If you are under investigation, you want to keep the investigation civil in nature, and this means convincing the government’s attorneys that they would not be able to prove intent if they were to attempt to prosecute a criminal case in federal district court. If you are already being prosecuted, then finding a way to challenge the government’s evidence of criminal intent could mean the difference between going home and facing federal prison time as the result of a “guilty” verdict at trial.

So, now you know why you need to convince the government that you did not have criminal intent. But, how do you do so?

Depending on the circumstances involved in any particular case, there could potentially be a variety of different ways to challenge the element of criminal “intent” when you are being targeted for federal prosecution. In order to determine which strategy (or strategies) are available in your case, you will need to discuss the facts of your case with an experienced federal criminal defense attorney. The question of intent is highly fact-specific, and it is necessary to identify the specific statute (or statutes) under which you are being targeted as well. Not until you have a complete picture of the relevant facts and the relevant law can you make a strategic decision about how to defend yourself against the government’s allegations.

1. The Government’s Evidence is Incomplete.

In order to obtain a conviction in a criminal case, the government’s attorneys must prove the defendant’s guilt, “beyond a reasonable doubt.” As a defendant, when the government rests its case, you have the option to immediately move for a “directed verdict” or a “judgment as a matter of law.” If the government’s evidence is insufficient to establish all elements of the alleged crime(s) beyond a reasonable doubt, then it has not met its burden of proof, and you should not be forced to defend yourself in order to avoid a conviction.

Taking a step back, showing federal prosecutors that their evidence of intent is lacking can also be an effective defense strategy for avoiding criminal charges during an investigation. The purpose of the investigation is to uncover the evidence necessary to pursue charges, but the government cannot always get there. By intervening in the investigation and exposing shortcomings in the government’s case, you (or your attorney) may be able to keep the case civil in nature – if not avoid charges entirely.

2. The Government’s Evidence is Unreliable.

Another way to convince the government is to use legal arguments to prove that its evidence is unreliable. Experienced federal prosecutors know that experienced defense attorneys will be able to expose unreliable evidence and convince the jury that it is not sufficient to support a guilty verdict beyond a reasonable doubt. Examples of ways to show that evidence of criminal intent is unreliable include:

3. The Government’s Evidence is Inadmissible.

If the government has adequate reliable evidence to prove that you intended to commit a federal crime, then an alternate option is to argue that the government’s evidence is inadmissible in federal court. If prosecutors know that they cannot use their evidence at trial, then they should not make the decision to press charges. Likewise, if you have already been charged but you still have grounds to argue for inadmissibility, then the government may be forced to drop its case, or the judge may order an acquittal.

The Federal Rules of Evidence establish several grounds for challenging the admissibility of government evidence as well. Under Rule 403, evidence is inadmissible, “if its probative value is substantially outweighed by a danger of” any of the following:

4. The Government’s Evidence Does Not Establish the Right Level of Intent.

Under federal law, there are four “levels” of criminal intent. These are: (i) knowing, (ii) willful, (iii) general intent, and (iv) specific intent. The level of intent that the government is required to prove is determined by the specific federal statute at issue. For example, while 18 U.S.C. § 1512(b) (the federal witness intimidation statute) only requires “knowing” conduct for certain types of offenses, federal courts have read an element of specific intent into fraud statutes such as 18 U.S.C. § 1341 (mail fraud).

In a federal criminal case, evidence of the wrong level of criminal intent is worth no more than no evidence at all. So, if federal prosecutors can prove that you knew what you were doing but they cannot prove that you intended to produce a specific result (which is required for specific intent crimes), then charges and prosecution are unwarranted.

5. You Have Reliable and Admissible Exculpatory Evidence.

Although not required, if you can affirmatively demonstrate lack of criminal intent, this may be the quickest and clearest way to avoid prosecution for a federal crime. However, in order to convince the government’s attorneys not to prosecute, you will need to demonstrate your lack of intent with evidence that is both reliable and legally admissible in federal court. Simply telling prosecutors that, “you had no idea,” is not going to cut it. Depending on the nature of the government’s investigation, types of evidence that may be available to prove a lack of criminal intent include:

6. It Would Be Difficult to Convince a Jury at Trial.

Sometimes, the evidence relating to intent does not clearly cut one way or the other. Taking a federal criminal case to trial is a time and resource-intensive process, and federal prosecutors need to be judicious with the resources that they have available. While the preferred scenario would be to convincingly demonstrate that the government’s evidence of criminal intent is lacking, if you can raise enough issues to force prosecutors to question their likelihood of success at trial, this uncertainty may be all it takes to stave off an indictment.

7. The Government’s Interests Can Be Adequately Served with a Civil Resolution.

Finally, in some instances, it may be possible to convince federal prosecutors that the government’s interests would be adequately served with a civil resolution. This, of course, is assuming that it is not possible to avoid penalties entirely. In securities fraud cases, for example, it is common for cases to result in civil fines and an injunction prohibiting future illegal activity (often without the defendant admitting or denying the government’s allegations). If your attorneys can convince the government’s attorneys that criminal prosecution is unnecessary for a positive outcome, then the interest in an efficient result may outweigh any interest in dispositively proving criminal intent.

Discuss Your Investigation or Indictment with a Federal Defense Lawyer at Oberheiden, P.C.

Federal charges carry the potential for substantial fines and long-term imprisonment. If you are under investigation or facing an indictment, you need to speak with a federal defense lawyer as soon as possible. To schedule a free initial case assessment at Oberheiden, P.C., call 888-680-1745 or inquire online now.