I’ve Been Convicted or Plead Guilty to a Felony: What Rights Have I Lost & How Do I Expunge My Criminal Record? - Federal Lawyer
Skip to content
We will protect your rights, reputation and freedom. Nationwide Federal Defense, Compliance and Litigation. 95% Success Rate.

Home » I’ve Been Convicted or Plead Guilty to a Felony: What Rights Have I Lost & How Do I Expunge My Criminal Record?
Quick Practice Area Locator
Criminal Law & Process

I’ve Been Convicted or Plead Guilty to a Felony: What Rights Have I Lost & How Do I Expunge My Criminal Record? 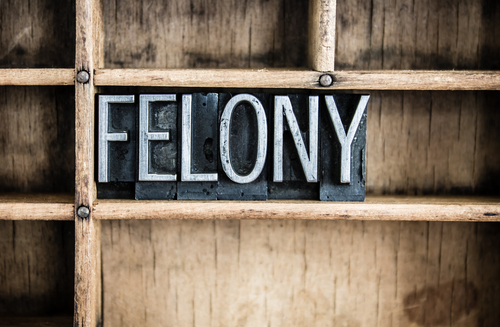 After being convicted of a felony, you may have lost certain rights, which varies from state to state. Generally speaking, you have lost the right to vote, the right to possess firearms, and the right to participate in jury duty.  In some states these rights may be restored after meeting certain requirements.

Before you are allowed to vote your civil rights must be restored. Specifically, in Texas, you must be (a) fully discharged from the sentence, including any term of incarceration, parole, or supervision, or have completed a period of probation ordered by any court or (b) been pardoned or otherwise released from the resulting disability to vote. See Texas Election Code § 11.002. The timing and requirements to restore your rights in other states vary but generally include consideration of your term of incarceration, parole, and probation.

Typically, you cannot possess a firearm if you have been convicted of a felony that is, “punishable by imprisonment for a term exceeding one year.” 18 U.S.C. § 922(g)(1).  However, if your rights have been restored or it was not a violent crime, some states grant exceptions to a total prohibition.

In terms of the impact a felony conviction on your parental rights, the status of your parental rights depends largely on the type of crime you have committed. Each state has its own statutes about grounds for terminating a parent’s rights to their children. The type of offense, the victim, the number of convictions, and the amount of time incarcerated are just a few of the elements a court will consider. In Texas, crimes such as murder, manslaughter, abuse, sexual abuse, abandonment and child neglect among others can result in a revocation of your parental rights. Tex. Fam. Code §§ 161.001, 161.002(b), and 161.007. There are also limits for the amount of time a child can be in foster care if you are incarcerated. The court has very broad discretion over deciding these issues. Any changes in established parental rights are generally filed and decided in family court. If you have any questions regarding your parental rights, you should contact your attorney and review your state’s family laws.

States vary on qualifications for expunging a conviction from one’s record. The court often considers the type of crime committed and whether another crime has been committed during parole. First, you must determine whether the felony qualifies for expungement. Certain crimes such as rape, child pornography, and other sex crimes do not qualify for expungement because they are considered special categories. Also, you should establish a record of good behavior including no parole violations, job security, and no other criminal convictions. Your state may allow you to apply for a certificate of rehabilitation and good conduct. Further, you would need to file a petition of expungement, attend a hearing, and present a defense against a prosecutor.