ICE and DHS Are Aggressively Targeting Companies in California and Texas. Here’s What You Need to Know. - Federal-Lawyer.com
Skip to content
We will protect your rights, reputation and freedom. Nationwide Federal Defense, Compliance and Litigation. 95% Success Rate.

ICE and DHS Are Aggressively Targeting Companies in California and Texas. Here’s What You Need to Know. 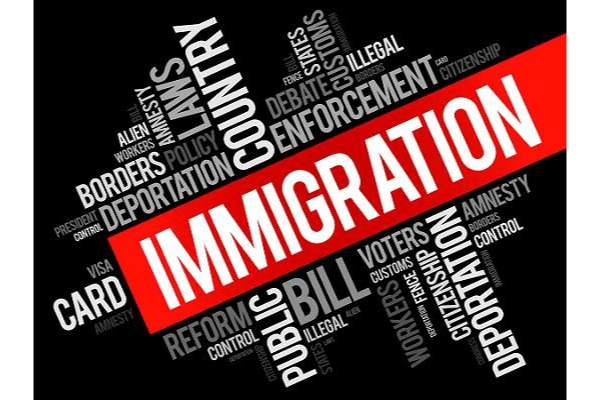 U.S. Immigration and Customs Enforcement (ICE) and the U.S. Department of Homeland Security (DHS) are actively targeting California and Texas companies that hire workers from Mexico. If convicted, company owners and executives can face decades behind bars.

With immigration issues taking center stage during the midterm elections and with the White House taking a firm stance against foreign citizens illegally crossing U.S. borders, federal agencies including U.S. Immigration and Customs Enforcement (ICE) and the U.S. Department of Homeland Security (DHS) are aggressively ramping up their efforts to combat illegal immigration. Currently, ICE and DHS are focusing their efforts in the southern border states with particular emphasis on California and Texas.

But, rather than targeting traffickers and illegal aliens themselves (although these individuals are also at high risk for prosecution and removal), ICE and DHS have instead set their sites on the American companies that provide job opportunities to undocumented workers. In recent months, ICE and DHS have made hundreds of arrests in California and Texas, and many business owners and executives (including owners of small, family-run businesses and executives at companies with hundreds of employees) are now facing criminal prosecution for a broad range of immigration-related violations.

For example, earlier this year ICE conducted an “immigration sweep” in Southern California that targeted 122 independent businesses. This followed a Northern California sweep which targeted at least 77 local companies. Together, these law enforcement efforts resulted in hundreds of arrests.

While California and Texas are currently at the center of the ICE and DHS crackdowns, employers in these states are not alone. As reported by CNN after a recent raid in Northern Texas that resulted in more than 150 individuals being detained:

“The raid in Texas is the latest of several recent crackdowns nationwide. In June, federal immigration agents targeted a meat supplier in Massillon, Ohio, and arrested more than 100 workers suspected of using stolen or fraudulent identification. A similar raid at a meatpacking plant in eastern Tennessee in April left dozens detained. . .”

“Last year, ICE’s then-acting director Thomas Homan said he ordered the agency’s investigative unit to increase enforcement actions at businesses by as much as fivefold.”

“Such arrests, he said, would target not just employees but also employers who knowingly hire people not authorized to work.”

As a result, companies that hire undocumented workers, either knowingly or unknowingly, currently find themselves in a very precarious position. For employers in California, this is exacerbated by the fact that the California Attorney General’s Office has publicly announced its intention to prosecute employers who are caught in federal immigration sweeps. With state-level and federal-level offenses both carrying the potential for substantial financial penalties (and potentially even incarceration), companies’ owners, managers, and executives must take swift and strategic action to protect themselves at the first sign of potential law enforcement action.

With ICE’s and DHS’s aggressive efforts to target business owners and executives as well as undocumented workers, entities such as the American Civil Liberties Union (ACLU) are stepping up to try to make sure individuals targeted in immigration raids and crackdowns know their legal rights. For example, the ACLU of Northern California has published a very good list of steps to take if ICE or DHS agents come to your door. These steps include:

Defending against Federal Criminal Charges after an ICE or DHS Raid

If you are facing federal criminal charges as a result of an ICE or DHS raid in California, Texas, or any other state, you need to take appropriate steps to defend yourself immediately. With the federal government’s focus on combating illegal immigration, you can, unfortunately, be fairly confident that the U.S. Attorney’s Office will fight aggressively to convict you at trial. But, being arrested does not mean that you are guilty. And even if you have committed a federal immigration offense (which you should never assume is the case), this does not mean that you will be convicted. You could have several defenses available. But again, you need to be very careful to avoid mistakes that could make it more difficult to keep yourself out of prison.

Regardless of your current circumstances, if you have received any form of contact or had any interaction with ICE or DHS, it is important that you seek experienced legal representation immediately. Members of our federal defense team are available 24/7, and we can arrange for you to speak with one of our highly-experienced defense attorneys right away.

For confidential legal advice that is custom-tailored to your personal circumstances, please contact our offices to request a free initial case assessment. To schedule a phone or in-person meeting as soon as possible, call (888) 519-4897 or tell us how to contact you online now.