Impact of the Government Shutdown on the Federal Court - Federal-Lawyer.com
Skip to content
We will protect your rights, reputation and freedom. Nationwide Federal Defense, Compliance and Litigation. 95% Success Rate.

Impact of the Government Shutdown on the Federal Court 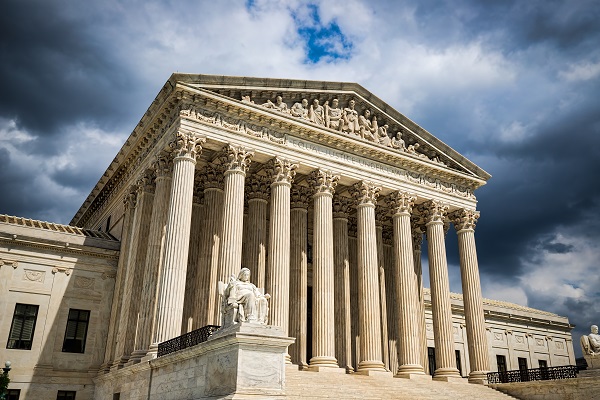 As the government shutdown continues into its fourth week with no signs of ending on the horizon, most people have heard of the effects on the national parks, the lines at TSA screening stations at the nation’s airports, and even the President personally sponsoring dinner to the winners of the college football championship due to the fact that most of the residence staff was furloughed.  However, few people have stopped to consider the effects that the government shutdown could have on the federal court system.

Already, some effects of the shutdown have been felt in civil and bankruptcy cases. In cases in which the government is a party, many courts have stayed trial dates and pretrial deadlines because most of the Assistant United States Attorneys on the civil side have been furloughed and are not working at this time.  Similarly, the U.S. trustees and attorneys in their offices, which process consumer and corporate bankruptcies, are working at about one-third capacity during the government shutdown.  This means that consumers, corporations, and creditors are already waiting longer than normal for bankruptcy plans and reorganizations to be approved.  And many attorneys with civil cases pending are in limbo regarding whether and when their trials will go forward.  It is up to the administrative judge in each federal district to determine whether or not the courts can proceed with hearings, trials, and other matters on their civil dockets.

While most attorneys are used to assuming that a case on their calendar will go to trial on the first date it is scheduled even though they know it might not, the federal government shutdown can have real impact on the costs for these lawyers’ clients.  In addition to paying the hourly rates for the last-minute preparations that will inevitably need to be redone if the case does not go to trial as scheduled, there may be additional costs for travel expenses, including flights, hotels, and meals for attorneys, clients, and expert witnesses.  Moreover, on the civil side, many companies are forced to keep litigation reserves or reveal the status of any pending litigation to their insurers and/or shareholders.  The longer these cases drag on, the longer those reserves must be held and the more public updates on the potential liability must be revealed.

And, of course, there is risk to consumers and to businesses if civil injunctions, restraining orders, and other emergencies cannot be heard in federal court.  Once the courts are fully reopen, there will be an even greater backlog in civil and bankruptcy cases than there is now. If the shutdown stretches on for months, many companies and individuals may find themselves waiting years for their day in court.  In cases where investigations were halted due to the shutdown and furloughed workers, such as civil actions brought by the Securities and Exchange Commission or whistleblower cases investigated by the Department of Justice, the trail of wrongdoing may have gone stale by the time the government is reopened.  If the company knew or suspected it was under investigation, it may even have changed its practices or hidden or destroyed evidence during the time that the government was unable to move forward with its civil investigation.  Meanwhile, some of the attorneys who work for the government might make the decision to return to private practice rather than wait indefinitely for their job and paycheck to resume.

On the criminal side of the docket, things are a little different, but no less worrisome.  Assistant United States Attorneys assigned to criminal cases are currently at work, albeit without a paycheck. Because of the Speedy Trial Act, the courts cannot simply choose to leave criminal cases in limbo.  The Speedy Trial Act of 1974 (as amended), provides that an indictment or information must be filed against a defendant within thirty days of his arrest or summons.  It also provides that a trial must begin within seventy days of the information or indictment being filed.

It is possible for a judge to extend the time limits under the Speedy Trial Act “in the interests of justice,” and it remains to be seen whether a government shutdown would be considered to fall within this purview.  And other than a few exceptions (such as pretrial motions or interlocutory appeals filed by the defendant), if the court and prosecutor do not comply with the Speedy Trial Act, the charges against the defendant must be dismissed either with or without prejudice.  But even if the court decides to dismiss the charges without prejudice, statutes of limitations might prevent that defendant from being re-indicted once the courts reopen. And, again, the backlog of cases that will clog the court system once it eventually reopens could cause many of these criminal cases to have issues under the Speedy Trial Act even if they are brought again.

It is for this reason, primarily, that the Assistant United States Attorneys who work on the criminal side have not been furloughed and have rather been instructed to continue working without receiving a paycheck.  The federal judges will likely also be considered to be “essential” federal employees expected to show up at work, and the federal public defenders, court reporters and bailiffs would likely be required to do the same and work without pay.  (Supreme Court justices, like Congress, continue to receive their paychecks during a government shutdown.)  But, again, other than the judges who are likely to be able and willing to wait out the shutdown to resume their job which comes with a lifetime tenure, some of these employees may want or need to find other jobs in order to maintain their homes, cars, and basic living needs.  Additionally, other court costs must be met in order for trials to proceed.  Juror pay will not be available once court funds run out.  Also, the electric bills, water bills, and sanitation costs must be paid in order for such services to continue.  The courts will be forced to decide how much of its workload is “essential,” as only “essential work” will be performed by federal courts if the shutdown does not end by January 18.  This decision is made under the Anti-Deficiency Act, which allows work to continue during a lapse in appropriations if that work is necessary to support the Court’s Article III constitutional powers.  In this scenario, each court and each public defender’s office would determine what staff is needed to perform the essential work.

Without knowing when the shutdown will end, it is impossible to say with any certainty how individual civil and criminal cases will be affected. In 2013, a 17 day shutdown – which ended before the judiciary ran out of funds – caused disruptions ranging from minor to major at federal courts across the country.  See https://www.uscourts.gov/news/2013/10/25/federal-courts-shutdown-caused-broad-disruptions. With a longer shutdown already underway and no relief in sight, it is likely that cases may face months or even years of delay.

At Oberheiden P.C., we have a proven track records in federal cases of all kinds.  If you are concerned about the impact of the government shutdown on a current or expected civil or criminal matter, you should talk to an attorney with years of experience in federal courts.  Nick Oberheiden, founder of Oberheiden P.C., has represented hundreds of clients in federal civil and criminal matters, and is a staunch and unwavering advocate for clients whose businesses and livelihoods are on the line.