Is Your Company Being Audited by the SBA for PPP Loan Fraud? 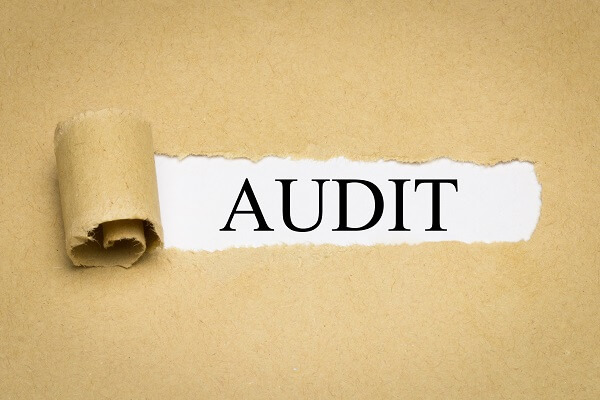 Dr. Nick Oberheiden is a nationally recognized expert on PPP loan laws
and has been seen on Forbes, CNBC and Fox Business.
Speak with Dr. Oberheiden today for a free consultation at 888-680-1745.

On April 28, 2020, Treasury Secretary Steven Mnuchin announced that the U.S. Small Business Administration (SBA) will be conducting an audit of every company that received a loan of $2 million or more under the federal government’s Paycheck Protection Program (PPP). The PPP, which was part of a broader economic relief package related to the COVID-19 pandemic, was supposed to have strict eligibility requirements, and Secretary Mnuchin believes that many companies may have obtained their loans unlawfully. According to Inc.com:

“[C]ompanies receiving PPP loans in amounts of $2 million or more will be subject to full audits, potentially before the loans are forgiven. Spot checks will happen for smaller loans.”

When it opened, the PPP was flooded with applications, and its initial $349 billion allocation ran out almost immediately. Subsequently, it was discovered that many companies that applied for PPP loans were likely (if not clearly) ineligible to receive the funds. For example, while the program was intended to benefit struggling companies with fewer than 500 employees, public companies like the owner Ruth’s Chris Steak House received multi-million dollar loans, and even the Los Angeles Lakers applied for and received a $4.6 million forgivable loan (these entities have since returned the funds to the federal government).

These types of issues reportedly led to Mnuchin’s decision, which was made in coordination with the SBA’s administrator, Jovita Carranza. Unlike traditional SBA loans, for which audits are conducted by the lending banks, PPP loan audits will be conducted by the SBA directly. As of the announcement of the PPP auditing initiative, “regulatory guidance for implementing the procedure [remains] forthcoming.”

Congress allocated another $310 billion to the PPP in late April; and, while media coverage of large companies’ seeming efforts to take advantage of the program predated this additional stimulus allocation, there remains concern that many companies fraudulently obtained loans during both rounds of funding. As reported by CNBC.com:

“Oversight of the more than $2 trillion CARES Act has been a key issue for lawmakers, amid concerns the funds would go to companies that do not need it. Sen. Elizabeth Warren, D-Mass, wrote a letter to the Office of the Inspector General for the U.S. Small Business Administration last week urging a ‘broad investigation into the program’s implementation.'”

Importantly, while President Trump removed the Inspector General assigned to oversee the federal government’s $2 trillion stimulus package under the Coronavirus Aid, Relief, and Economic Security (CARES) Act, this action was taken before Secretary Mnuchin announced the pending SBA audit initiative. As a result, it appears that the audits of PPP loan recipients are likely to move forward.

In order to help business owners and lenders comply with the PPP’s eligibility conditions, the SBA issued a Frequently-Asked Questions (FAQs) document with information pertaining to some of the more-complex and more-ambiguous aspects of the program. The PPP FAQs also provide additional regulatory guidance that extends beyond the PPP provisions of the CARES Act itself.

For example, in Question 46, the SBA establishes a “safe harbor” for companies that received less than $2 million in stimulus funds under the PPP:

“46. Question: How will SBA review borrowers’ required good-faith certification concerning the necessity of their loan request?
“Answer: When submitting a PPP application, all borrowers must certify in good faith that ‘[c]urrent economic uncertainty makes this loan request necessary to support the ongoing operations of the Applicant.’ SBA, in consultation with the Department of the Treasury, has determined that the following safe harbor will apply to SBA’s review of PPP loans with respect to this issue: Any borrower that, together with its affiliates, received PPP loans with an original principal amount of less than $2 million will be deemed to have made the required certification concerning the necessity of the loan request in good faith.
“SBA has determined that this safe harbor is appropriate because borrowers with loans below this threshold are generally less likely to have had access to adequate sources of liquidity in the current economic environment than borrowers that obtained larger loans. . . .”

In other words, all companies that received PPP loans of $2 million or greater must be prepared to face SBA audits examining whether they satisfied the PPP’s necessity requirement at the time they applied for funding. Additionally, all loan recipients must be prepared to defend against SBA audits alleging other forms of fraud under the PPP.

On May 13, 2020, the SBA updated its FAQs document by adding Question 47. This FAQ makes clear that companies that repaid their loans in full by the SBA’s stipulated deadline will not be at risk for federal prosecution. As of the time of this writing, that deadline was May 18, 2020. Companies that are concerned about facing liability based on lack of necessity for PPP funding should check to see whether this deadline may be extended (it was extended once already from May 14), and they should consult with federal defense counsel promptly.

Now that the SBA has stated that it intends to audit all PPP loan recipients that received more than $2 million in federal funds and some companies that received less than $2 million, all companies that have received funds under the program must prepare for the possibility of being audited. This starts with understanding what types of issues have the potential to trigger liability under the CARES Act, the False Claims Act, and other federal statutes. As we discussed previously, seven of the key issues that are likely to get companies in trouble under the PPP include:

With these issues in mind, if your company received a federal loan under the PPP, what should you be doing to prepare for the possibility of an SBA audit? Here are some tips from our federal audit defense lawyers and consultants:

1. Collect the Documentation Used to Support Your Company’s PPP Application

Make sure you have a complete file of the documentation your company used to support its application for funds under the PPP. Compile all pertinent records in a manner that will allow for easy retrieval in the event of an SBA audit.

2. Collect Your Company’s Post-Application Financial Records, Including Documentation of the Use of PPP Funds

Also collect documentation demonstrating that your company has continuously met the PPP eligibility criteria subsequent to submitting its application. This includes documentation of the appropriate use of PPP funds.

3. Determine if Your Company Meets the PPP Eligibility Criteria

Re-assess whether your company (i) met the PPP eligibility criteria at the time of application, and (ii) currently meets the criteria. If it did not or does not, then you will need to decide whether to return the funds and/or take other remedial action with the help of legal counsel.

4. Determine Whether Any Other Issues are Likely to Be Raised During an SBA Audit

Assess whether any of the other issues listed above are likely to lead to difficult questions in the event of an SBA audit. If so, then, again, you will need to work with your company’s outside defense counsel to develop an effective audit defense strategy.

In order to ensure that your company is not unnecessarily at risk in the event of an SBA PPP loan fraud audit, you should engage experienced defense counsel now—before the SBA makes an inquiry. This way, your company will be fully prepared to execute a proactive defense strategy focused on mitigating any potential liability.

Speak with a Federal Audit Defense Lawyer at Oberheiden P.C.

If you would like to speak with an attorney about preparing for, or defending against, an SBA PPP loan fraud audit, we encourage you to contact us promptly. To speak with a senior federal audit defense lawyer at Oberheiden P.C. in confidence, call 214-92-2171 or request a free case assessment online now.