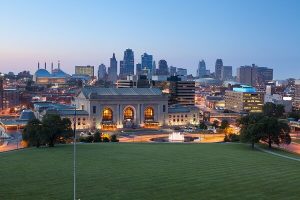 When you are facing allegations of health care fraud in Kansas City, your entire future is on the line: your medical license, your career, your job, your financial well-being, and your freedom.  Even if you are merely dealing with a federal Medicaid/Medicare audit, it can lead to a federal investigation or even a grand jury subpoena.  Ultimately, your entire practice can be placed in jeopardy without a careful and skilled response to such allegations.  Health fraud implicates physicians, hospitals, pharmacies, nursing homes, and other medical professionals and companies.  If you are a doctor or pharmacist, you have invested years in your education and hundreds of thousands of dollars into building a successful business.

While you might not think you have engaged in conduct that violates federal statutes or constitutes health fraud, a growing number of health care individuals and companies in the medical industry fall under the specter of suspicion.  Many federal agencies enforce health fraud using a plethora of statutes that include:

Many though not all the allegations aimed at financial crimes involving physicians and other medical providers focus on improper billing practices or related schemes to obtain unearned or unauthorized funds from Medicare, Medicaid, or commercial insurance programs.  Federal prosecutors often pursue legal actions against health professionals and medical industry businesses using a combination of these statutes.  Accused health professionals face an enormous civil penalty and/or criminal liability with exposure to prison and the potential loss of your career.

Lawmakers in the state and federal government are pursuing crimes that defraud the government of public funds with more tenacity than ever before.  Whether you are accused of a civil violation under the False Claims Act or you are the subject of a criminal indictment under the Anti-Kickback Statute, you need the most effective defense to protect your future.  Because of the high stakes, individuals and businesses throughout Missouri hire our firm because of the reputation we have built.

Because our law firm is made up of highly successful former government prosecutors and other lawyers well-versed in the legal standards in federal court, we recognize our clients want a positive outcome sooner rather than later.  Our law firm focuses on trying to prevent audits from leading to a federal investigation and keeping clients facing a federal subpoena or target letter from ever being forced to answer for a federal charge.  Although an acquittal after trial might vindicate an accused, the stigma and damage to your reputation from a returned federal indictment or a federal criminal trial can permanently harm your career or business.

The former federal prosecutors of Oberheiden, P.C. have been widely lauded for their effective representation of individuals and entities in the health sector of the economy. Recent case outcomes include:

Civil and criminal actions against health professionals alleged to have engaged in health care fraud continue to be a key target of the U.S. Department of Justice (DOJ) and other federal agencies.  The DOJ routinely employs civil penalties and criminal sentences to combat health fraud.  Other federal agencies like the Department of Health and Human Services regularly deploy administrative penalties in their arsenal against wrongdoers.  A few statistics demonstrate the scope of law enforcement and prosecution efforts aimed at parties that bill Medicare, Medicaid, and commercial insurance programs.  Examples include the following:

The focus of federal agencies on health fraud has reached throughout the U.S. including Kansas City, MO.  The local media has been saturated with reports of massive health fraud takedowns in the last couple years. When you are facing these types of serious allegations, the health care fraud defense law firm of Oberheiden, P.C. can tilt the scales of justice back in your direction.

Although a multitude of federal agencies might target Kansas City health professionals and entities, the law enforcement resources and skilled prosecutorial assets of the federal government have been ramped up in the wake of America’s opioid epidemic.  This focus on the opioid overdose crisis has prompted the federal government to allocate more funds toward fighting fraud involving opioid prescriptions and to adopt harsh new charging and sentencing policies.

This tough new approach to investigating and prosecuting fraud involving prescription drugs has been combined with a new policy limiting discretion in charging and sentencing.  AG Sessions imposed a retrenchment from the more liberal approach of the Obama administration.  The prior administration encouraged prosecutors to consider potential mitigating factors to justify charging a less serious offense that would not trigger mandatory minimums, especially regarding certain drug cases.  Under the new policy, prosecutors have been told to charge the most serious offense sustainable by the evidence and seek maximum sentences that include mandatory minimums.  Since the focus of this policy is on drug offenses including the illegal prescription of opioids, all individuals and entities in the health care industry have an increased risk of facing criminal charges.

While prosecutors theoretically can deviate from the policy, the process discourages prosecutors from exercising this option.  Any variation from the new policy requires the prosecutor to obtain permission from a supervising attorney and to place a written justification for the departure within the client’s file.  Some experts speculate that these obstacles will result in prosecutors simply following the harsh approach to punishment without considering extenuating circumstances.  Given the federal government’s enhanced health fraud enforcement tools and modified sentencing scheme, individual and entities in the medical field benefit significantly from representation by our team of former federal prosecutors at Oberheiden, P.C..

Medical professionals, companies, and support staff recognize that the billing practices included in manuals for Medicare/Medicaid involve confusing and complicated coding that can easily lead to unintentional errors.  The surge in law enforcement efforts and resources threatens to expose an ever-rising number of health businesses and practices to oppressive investigations.  All though every investigation will be unique to some extent, frequent forms of conduct targeted include:

Our attorneys serving Kansas City health care fraud defense lawyers understand the CMS has more resources available and an increased number of contractors evaluating provider claims than anytime in the past.  When you are subject to an audit and receive a notice of overpayment, you need skilled and experienced legal representation. If you do not have skilled legal representation establishing compliance procedures or guiding you through the audit or investigation process, you might face an array of consequences that include:

The False Claims Act (FCA) (31 U.S.C. Section 3720-3733) constitutes the tool used by the U.S. Department of Justice to recover public funds paid on false claims submitted to Medicaid, Medicare, and Tricare.  The law prohibits presenting or causing to be presented fraudulent claims.  The law also prohibits conspiring to obtain payment on a false claim or submitting false documentation or making false statements to obtain payment from the government.  The harsh penalties under this statute include treble damages and a civil penalty of $21,563 per false claim submitted.  While the FCA is the most common civil tool used by the government, criminal charges also can be pursued under the statute.  Our law firm has prevented all of our clients from being determinedd to be civilly or criminally liable under the FCA after retaining our services.

The Stark Law (42 U.S.C. 1395nn) imposes civil penalties for referring patients for specified health services in which the referring physician has a financial interest.  Penalties for a violation include refunding any unjustified payments and remedies of as much as $15,000 per service.  This statute has several exceptions that our law firm might use to avoid liability.

The Anti-Kickback Statute (42 U.S.C. 1320a-7b) (AKS) bars parties from giving or offering consideration in exchange for referred Medicare/Medicaid business.  The criminal penalties for violating this provision include a maximum five-year prison term and a fine of $25,000.  The AKS also has multiple exceptions referred to as “safe harbors” that we might utilize to protect health providers from criminal liability.

Prosecutors might also use the criminal health fraud statute (18 U.S.C. 1347).  Under this law, a defendant can be charged criminally for intentionally defrauding any health benefit program or using false statements to obtain funds from such a program.  The criminal penalties are harsh, including a maximum ten-year prison term and a fine $500,000 or double the amount at issue.

While these civil and criminal penalties might appear harsh, they only tell part of the story.  Many professionals and medical companies accused of engaging in health care fraud schemes are charged under multiple statutes that might include crimes beyond those listed.

Our attorneys serving Kansas City health providers tenaciously defend our health care industry professionals and businesses from civil and criminal liability.  If you wish to speak with a member of our team of lawyers with real experience, we invite you to call Oberheiden, P.C. at 214-692-2171 or request a free case evaluation online now.