Allegations of public corruption can ruin your reputation, disqualify you from holding public office, and lead to substantial fines and long-term imprisonment. If you are under investigation or facing charges in New Orleans, Oberheiden, P.C.’s federal defense team can protect you. 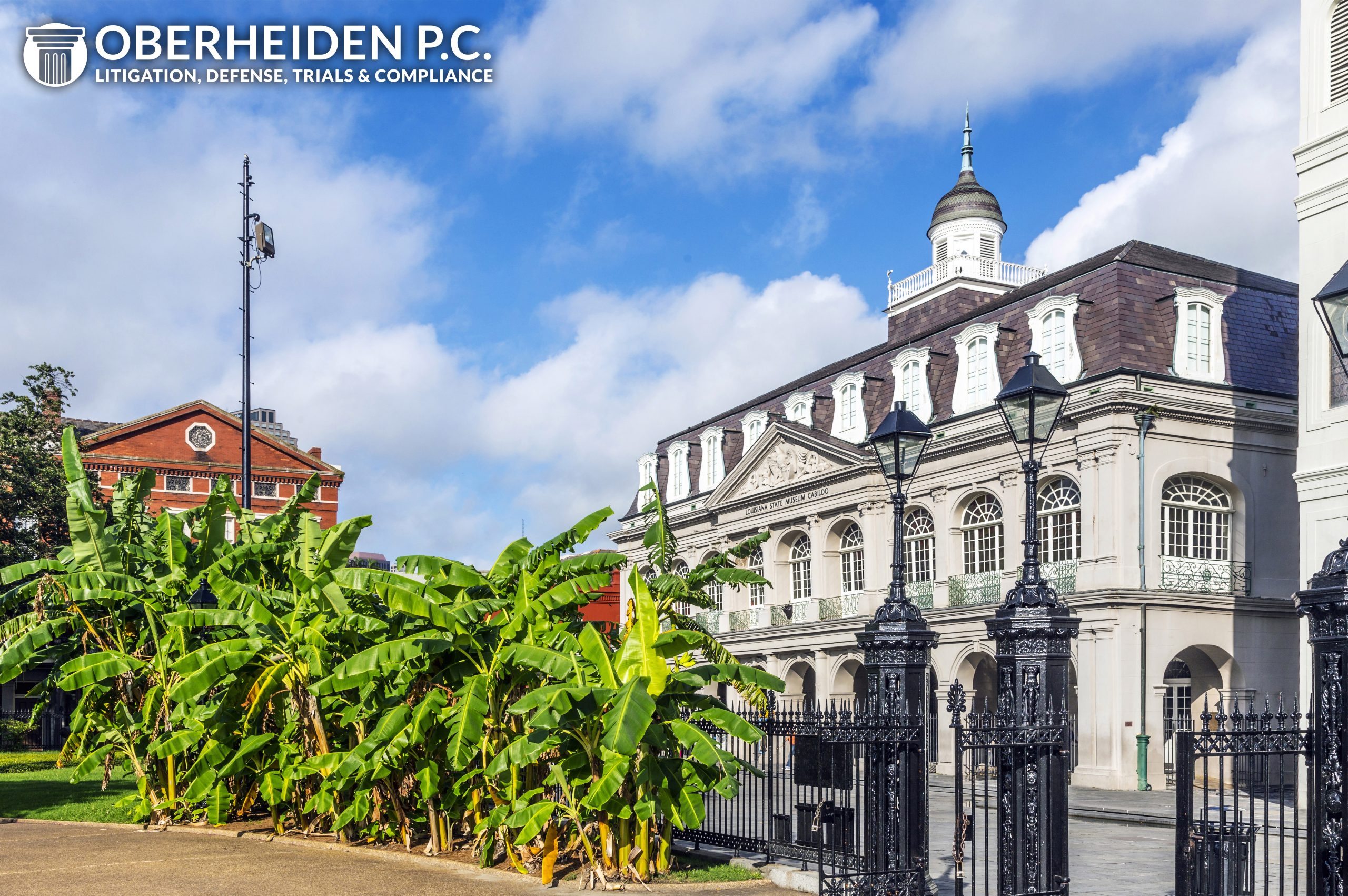 If you are a federal, state, or local public official in New Orleans and you are being accused of public corruption, you need to take your situation very seriously. The United States’ federal public corruption laws apply to politicians and other officials at all levels of government, and they impose severe penalties which include substantial fines, long-term imprisonment, and disqualification from public service.

The nation’s public corruption laws present risks for business owners and company executives who offer bribes to public officials as well. Those who offer bribes can face the same penalties as those who accept them, and the specific amount and purpose of the bribe are both immaterial to an individual’s criminal culpability.

Oberheiden, P.C. is a federal criminal defense law firm with a national presence. We represent public officials, business owners, company executives, and other clients in New Orleans and nationwide who are facing serious federal allegations. With a team that includes nationally-renowned federal defense lawyers, former U.S. Department of Justice (DOJ) prosecutors, and the only former federal trial judge currently in private practice, we offer our clients centuries of relevant legal experience and a proven track record of success.

Our firm is comprised entirely of senior attorneys who concentrate their practice on federal defense. We have successfully represented clients in investigations, grand jury proceedings, and federal criminal trials around the country, including in New Orleans, Louisiana. Due to the potential for severe, life-altering consequences, public corruption investigations require prompt and aggressive intervention, and our attorneys are available to begin working on cases in New Orleans immediately.

Of course, prompt intervention is just the first step in a comprehensive defense strategy. From determining the source of the allegations against you to negotiating with prosecutors and, if necessary, presenting your case to a jury at trial, our New Orleans public corruption attorneys provide strategic defense representation for all stages of the federal prosecutorial process. We tailor our representation to the specific factual circumstances at hand, and we emphasize efficiency in order to resolve our clients’ cases as quickly and quietly as possible.

Q: What politicians and government employees qualify as “public officials” for purposes of the federal public corruption statutes?

Under 18 U.S.C. Section 201, a public official includes any, “Member of Congress, Delegate, or Resident Commissioner, either before or after such official has qualified, or an officer or employee or person acting for or on behalf of the United States, or any department, agency or branch of Government thereof, including the District of Columbia, in any official function, under or by authority of any such department, agency, or branch of Government, or a juror.” The statute also applies to any, “person who has been selected to be a public official,” even if he or she has not begun to serve in an official capacity.

State and local public officials can face federal prosecution for public corruption as well. This includes elected officials, appointed officials, and other government and agency personnel.

Q: What are the federal penalties for public corruption?

The penalties for public corruption vary depending upon the specific allegations involved. Under Sections 201 and 641 of the U.S. Code of Crimes and Criminal Procedure, potential penalties include:

Q: What are the federal penalties for bribing a public official?

The penalties for private citizens accused of bribing a public official are the same as those for officials accused of public corruption: Statutory fines or financial penalties equal to three times the monetary equivalent of the thing of value received (whichever is greater), up to 15 years of federal imprisonment, and disqualification from public service.

Q: Can I be prosecuted for offering or soliciting (but not actually paying or receiving) a bribe?

Q: What are some potential defenses to allegations of offering, soliciting, paying, or receiving an illegal bribe?

Depending upon the circumstances at hand and the evidence available to federal prosecutors, there are several potential defenses to allegations of public corruption, bribery, and conspiracy. Some of the most-common defenses to criminal culpability include:

Under varying circumstances, each of these defenses may provide complete or partial protection against federal prosecution. Once again depending upon the specific circumstances involved, potential outcomes include:

1. A Team of Senior Attorneys.

Every attorney at Oberheiden, P.C. has significant experience in federal investigations and trial litigation. Our team approach affords each client the full benefit of our attorneys’ collective experience.

2. A Focus on Federal Defense.

We focus our practice on federal defense, in particular cases involving allegations of white-collar offenses. As a result, we are intimately familiar with the substantive and procedural issues at play, and we know what strategies have proven successful in the past.

3. Experience on Both Sides of Public Corruption Cases.

Several of our attorneys spend years or decades serving as federal prosecutors with the DOJ prior to entering private practice.

4. A Track Record of Pre-Trial Success.

Although we are seasoned trial attorneys, we know that avoiding the need to go to court can be a key consideration for clients facing allegations of public corruption . We have a significant track record of pre-trial success in these and other high-stakes federal cases.

5. Strategies Focused on the Circumstances at Hand.

Our New Orleans public corruption lawyers provide tailored representation based upon the particular facts at hand and the current stage of the government’s case. We constantly re-assess and re-evaluate, and we aggressively pursue all available defenses.