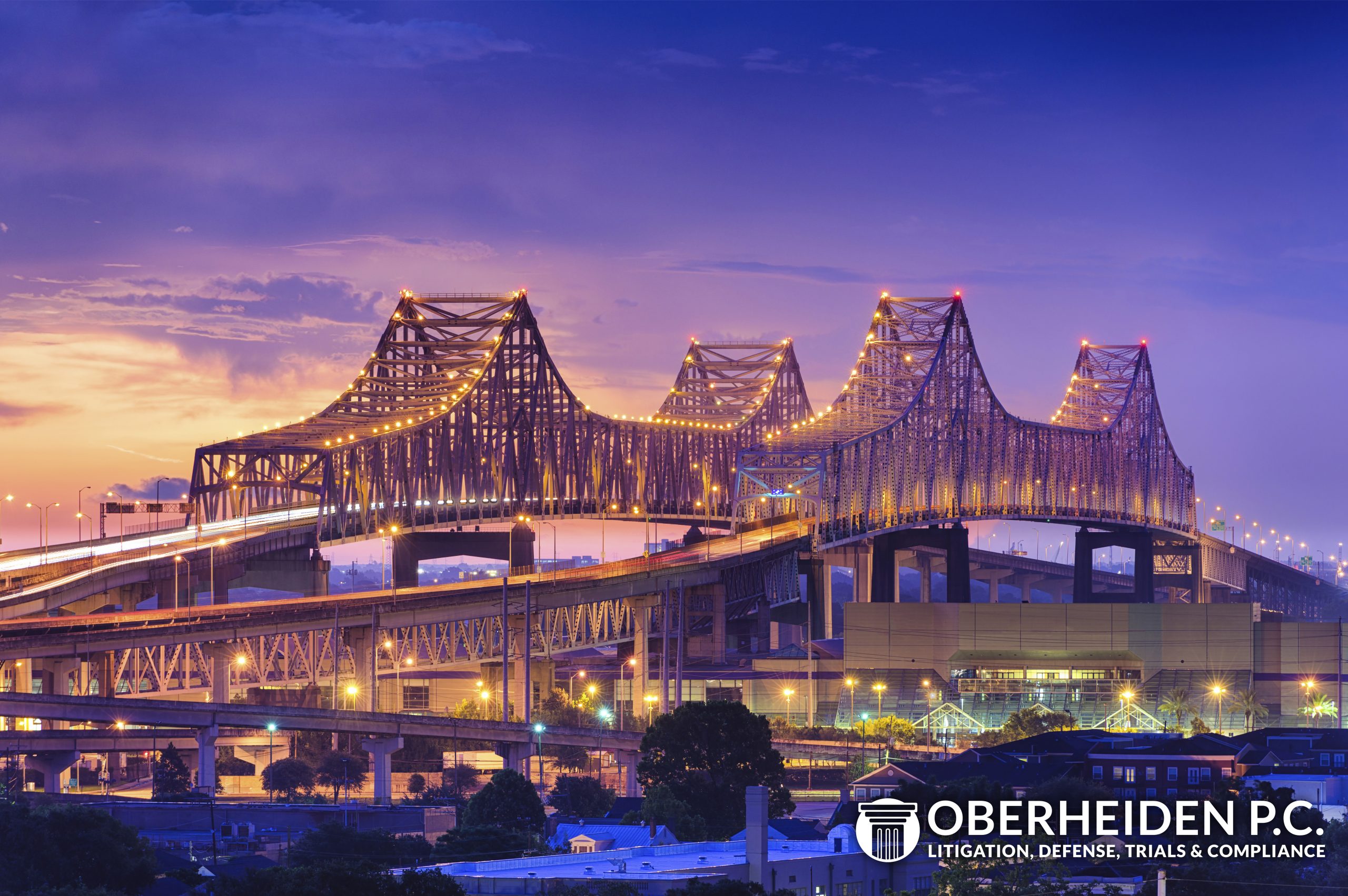 Oberheiden, P.C. is a healthcare law defense firm with significant experience in the areas of regulatory compliance, corporate structuring, litigation, government investigations, and criminal defense. Among our attorneys are the former Chief Healthcare Fraud Coordinator at the U.S. Attorney’s Office, former senior Department of Justice trial attorneys, former lead prosecutors of the elite Medicare Fraud Strike Force, and other talented attorneys with years of relevant experience and education from the country’s best schools such as Harvard Law School and Yale Law School. Our attorneys serve clients in New Orleans and surrounding areas.

Healthcare service providers and other companies in the healthcare industry in New Orleans are at risk for severe penalties resulting from government investigations and private citizen-initiated “qui tam” lawsuits under the False Claims Act. Federal enforcement efforts and qui tam complaints have both been on the rise due to some recent high-profile Medicare fraud stings in New Orleans, and at Oberheiden, P.C., our nationally recognized Healthcare Fraud Defense Group is actively representing clients in False Claims Act matters in New Orleans and nationwide.

If you are facing a False Claims Act investigation, or if you or your company has been named in a qui tam complaint, you need to act fast. Delays can significantly harm your defense. We urge you to contact our New Orleans False Claims Act defense attorneys immediately so that we can make contact with the government and start building your defense strategy right away.

Due to its high number of federal healthcare benefit program (Medicare, Medicaid, and Tricare) participants, New Orleans has long been at the center of the federal government’s fight against fraud. Recently, however, federal prosecutors in New Orleans have announced that they are placing particular emphasis on combatting false claims involving home health services. According to a recent announcement from the U.S. Attorney’s Office in New Orleans, there is “no end in sight for indictments” when it comes to False Claims Act violations involving Medicare and homebound patients.

Of course, home health providers aren’t the only ones in the federal government’s crosshairs. Due to high levels of fraud across healthcare industry sectors in New Orleans, the government’s elite Healthcare Fraud Prevention and Enforcement Action Team (HEAT) and other federal authorities – including the Department of Justice (DOJ), the Department of Health and Human Services (HHS), the Office of Inspector General (OIG), and the Federal Bureau of Investigation (FBI) –  are actively pursuing investigations and prosecutions for False Claims Act violations in the local area.

What Providers Need to Know about the False Claims Act

What does it take to “knowingly” submit a false or fraudulent claim under the False Claims Act?

What are the penalties for submitting false and fraudulent claims under the False Claims Act?

Have You Been Accused of Violating the False Claims Act in a “Qui Tam” Complaint?

In many cases, False Claims Act cases arise not out of government interest in a particular provider, but instead out of a former employee’s or competitor’s accusations.

Under the “qui tam” provisions of the False Claims Act, private citizens (referred to as “relators”) have the ability to file lawsuits to recover monies on behalf of the federal government (see 31 U.S.C. § 3729). Since qui tam litigation can be highly disruptive and relators are entitled to a portion of any amount the government recovers, qui tam actions alleging fraudulent billing practices under Medicare and other federal benefit programs have grown to become a major problem for healthcare providers in New Orleans and across the United States.

Here is what you can expect if you or your company has been named in a qui tam lawsuit in New Orleans:

When we take your case, our first priority will be to make sure that you avoid criminal charges. We want to make sure you avoid jail time, and we want to limit the scope of the government’s investigation.

In qui tam actions, we aggressively confront relators, challenge their allegations, and pursue all opportunities to destroy their credibility. If we can convince the government that the relator’s claims are unsubstantiated, the government won’t get involved in your case.

Finally, if civil liability appears certain, we will seek to negotiate your overall liability to a mere fraction of the government’s demand. To date, not a single one of our False Claims Act settlements has involved our client ceasing operations or closing their business.

We are available to discuss your case. Call us directly or complete our contact form to schedule your free, confidential case evaluation today.