No Criminal Charges in over 90% of Federal Investigations 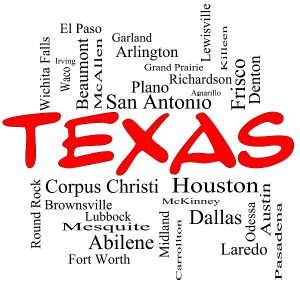 Would you look for a dentist if you need spine surgery? Probably not. The same rationale applies to one of the most challenging and complex areas of law: federal criminal defense. If you find yourself in the unfortunate position to defend your business and your freedom against grand jury subpoenas, agents asking questions, or potential charges by the U.S. Attorney’s Office, the FBI, the DEA, the IRS, OIG, the Department of Homeland Security—then you cannot afford to experiment. You need a McAllen Federal Criminal Defense Attorney who will passionately defend your rights.

Federal Criminal Defense Attorney Dr. Nick Oberheiden is what you need. Featured by media stations across Texas, Nick only handles federal litigation cases to present Texans the highest level of concentration on federal criminal cases. Unlike most attorneys you will ever meet, Nick offers you the experience of hundreds of federal criminal cases ranging from federal drug conspiracies, DEA opioid investigations, health care fraud, mail fraud, money laundering, and whistleblower defense. His recent case outcomes speak for themselves:

Hiring McAllen Criminal Defense Lawyer Dr. Nick Oberheiden to defend you or your business against government investigations is the maximum you can expect from a lawyer in terms of dedication, commitment, and legal competence. If your career, your financial stability, and your freedom are at risk, you need an criminal defense attorney that you can trust, someone who cares about your concerns.

Truly, Nick’s client commitment gives you that sense of security and confidence. From the moment you first reach out to him, he will personally answer all your calls, including the initial consultation call request.

Your call means something to Nick. Every day of the week, including on weekends, Nick personally is standing by to answer your questions. No secretaries, no junior lawyers. Call 214-692-2171 to sleep again.

Business people in McAllen, Texas and the Valley need to understand the D.C. Justice Department has formally instructed all federal prosecutors at the U.S. Attorney’s Office for the Southern District of Texas in McAllen (1701 W. Highway 83, Suite 600 in McAllen, Texas 78501) to intensify their efforts to investigate and prosecute federal offenses like health care fraud and computer crimes. More so, specifically for any violation of the federal Controlled Substances Act, which governs possession and distribution of drugs, prosecutors in the Valley are expected to seek maximum sentences.

Since then, DEA and FBI raids have made headlines throughout Hidalgo County, Texas. The new targets are physicians for allegedly overprescribing medications, business owners, and honest Texans that find themselves in the middle of unexpected criminal prosecution.

Signs of an Investigation? If you have any reason to believe that you are under investigation for a federal offense, encountered FBI or DEA agents inquiring about you, received a grand jury subpoena, were served a target letter, or even got federally arrested, you must immediately seek the advice of an experienced McAllen Federal Criminal Defense Lawyer. Call 214-692-2171 for instant guidance. The Law Office of Oberheiden, P.C. also offers other types of Criminal Defense representation.

Many federal criminal cases are styled as conspiracies to combine multiple defendants in one case. For example, if the indictment claims unlawful kickbacks for medical referrals, the government may charge a physician, a marketer, and a toxicology lab owner: the doctor for accepting kickbacks from the marketer, the marketer for giving kickbacks, and the lab owner for benefiting from the deal. Notably, the government does not need to establish that the individual defendants had communications or a joint agreement together. Sufficient is that each defendant contributed something to the success of the alleged unlawful scheme. Common federal conspiracy examples are:

Call 214-692-2171 to find out why you should never speak to law enforcement without a competent federal criminal defense lawyer present, how to utilize defenses in DEA drug and opioid cases, and what mistakes to avoid when negotiating a case resolution with the United States government.