Medicaid & Medicare Audits for Dentists – What You Need to Know 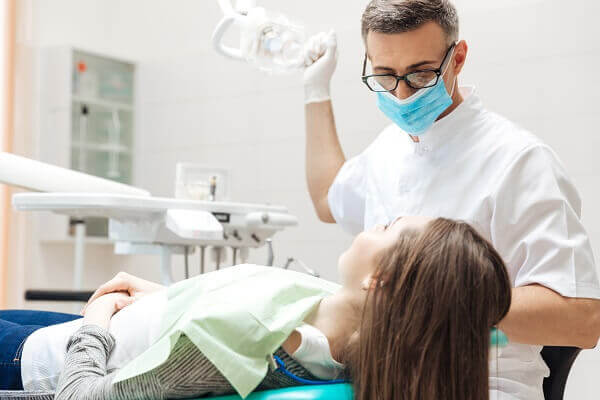 Like all licensed healthcare professionals and healthcare service facilities, dentists and dental offices are subject to the vast web of rules and regulations that govern Medicaid and Medicare billings. Failing to comply with these rules and regulations can have severe consequences, including financial penalties, prepayment review, loss of federal program eligibility, and even federal incarceration.

The Centers for Medicare and Medicaid Services (CMS), the Department of Health and Human Services (DHHS), the Department of Justice (DOJ), and the other agencies responsible for enforcing the nation’s healthcare laws rely on two primary methods to target providers: audits and investigations. There are some significant similarities and key differences between these two methods of inquiry, and both need to be taken extremely seriously.

In this article, we will discuss what dentists need to know about Medicaid and Medicare audits. If you are facing a federal healthcare fraud investigation, you can click here for more information.

Q: What is the difference between an audit and an investigation?

There are several important differences between audits and investigations. But most fundamentally, many dental audits are conducted by private entities with government contracts, while investigations are conducted by federal authorities such as CMS, DHHS, and the DOJ. While these audit contractors are not government agencies, they have been endowed with substantial authority to conduct audits on behalf of CMS, and to demand recoupment of overpaid amounts under Medicare and Medicaid. Certain audit contractors have additional powers as well. For example, Medicare Administrative Contractors (MACs) and Zone Integrity Program Contractors (ZPICs) also have the power to initiate prepayment review – which means that your dental practice’s Medicaid and Medicare billings will be reviewed prior to payment on an ongoing basis.

The government contractors that audit dental practices for Medicaid and Medicare fraud compliance include:

These contractors operate under what is known as CMS’s “fee-for-service” audit program. This means that they are compensated, in part, for uncovering evidence of overbillings – both intentional and accidental. Due to this fee model, Medicaid and Medicare audit contractors have a significant financial incentive to accuse practitioners of submitting false and fraudulent claims.

Additionally, some dental audits are conducted by the Office of the Medicaid Inspector General (OMIG). These “desk audits” can have similar consequences to contractor audits, and there are strict timelines that apply once a dental office receives a Draft Audit Report from the OMIG.

Q: What does it mean if my dental practice is being audited?

If your dental practice is being audited, this does not mean anything – yet. Since Medicaid and Medicare audit contractors get paid for finding evidence of overpayments, they cast a wide net in order to try to catch as many improper billings as possible.

But, this does not mean that your audit can be ignored. Quite the opposite. Audit contractors target all practitioners regardless of past billing records. However, when they find sufficient evidence to allege fraudulent billings – whether the evidence is accurate or not – practitioners can find themselves facing severe consequences, along with an uphill battle to reverse the contractor’s determination.

It is also important to note that, like many federal agencies, Medicaid and Medicare audit contractors and the OMIG now rely heavily on data analytics. So, while your audit could be random, it could also be the product of a computer algorithm indicating that your office’s billing practices deviate from the norm. While there could be – and often is – a perfectly valid explanation for one provider’s billings being significantly different from those of other similarly-situated providers, convincing an audit contractor or the OMIG this is the case requires a measured and strategic approach.

All of this means that, regardless of whether you have concerns about your dental practice’s benefit program billings, you need to take your audit very seriously. If you are being audited by a contractor, you need to prevent the audit contractor from exceeding its authority. You also need to take every step necessary to ensure that the audit does not lead to an unwarranted determination of liability.

Q:  What types of issues are auditors looking for?

During a dental Medicaid or Medicare audit, the auditors are looking for any evidence of “false or fraudulent” claims being submitted for benefit program reimbursement. This can include intentional billing fraud, as well as accidental mistakes that are the result of simple human error. Some of the most common issues raised during dental audits include:

Q: Can an audit lead to further action by CMS or other federal agencies?

Potentially, yes. When an audit reveals (or allegedly reveals) that a dental practice has submitted false or fraudulent reimbursement claims, federal authorities will decide whether the outcome of the audit warrants further investigation. CMS, DHHS’s Office of Inspector General (OIG), the DOJ, and various other federal agencies all investigate cases of suspected healthcare fraud; and it is not uncommon for one or more of these authorities to launch an investigation on the heels of an audit resulting in a determination of substantial liability.

When federal authorities launch an investigation targeting suspected Medicaid or Medicare fraud, their goal is to determine whether charges are justified. Federal healthcare investigations can lead to both civil and criminal charges, and dental practitioners and executives must vigorously defend themselves during these investigations in order to avoid substantial penalties.

Q: What if I disagree with the outcome of my dental practice’s audit?

If you disagree with the outcome of your dental practice’s audit, you have the ability to file an appeal. However, the appeals process can be challenging, and a far better approach is to confront issues during the audit – before the audit contractor or OMIG reports its findings to CMS.

Despite what you might expect, auditors are not necessarily experts in applying the Medicaid and Medicare billing regulations, and they often are not even up-to-date on the most recent billing standards. As a result, dental practitioners should not assume that auditors’ methods or conclusions are correct, and they should take appropriate measures to intervene in order to prevent inaccurate unfavorable determinations. Some of the issues we frequently see in Medicaid and Medicare audits include:

Q: Am I entitled to legal representation during a dental Medicaid or Medicare audit?

Yes, absolutely. During a dental Medicaid or Medicare audit, experienced legal representation is critical. In order to identify auditing mistakes, you need to know more about the law than they do – and most dental practitioners simply are not equipped with the time and resources needed to become experts on the nuances of Medicaid and Medicare policies and procedures. An experienced healthcare fraud defense attorney will know not only (i) how to spot flaws in auditors’ reasoning, but also (ii) how to effectively address issues during the audit process in order to prevent the improper imposition of prepayment review or recoupment liability.

When facing a Medicaid or Medicare compliance audit, it is important to take a proactive approach focused on mitigating your liability and avoiding an unfavorable determination if at all possible. It helps to have a clear understanding of the process, and our attorneys have prepared a number of resources that dentists and dental practice executives can use to learn more about what they can expect during an audit. For more information about Medicaid and Medicare compliance audits targeting dental practices, we encourage you to read:

If you are facing a Medicaid or Medicare compliance audit, we strongly encourage you to seek legal representation. Our attorneys are here to help, and we can use our extensive experience as former federal healthcare fraud prosecutors to ensure that the consequences of your audit are no greater than necessary. To get started with a confidential initial consultation, please call our law offices at 888-680-1745, or get in touch online and we will respond as soon as possible.