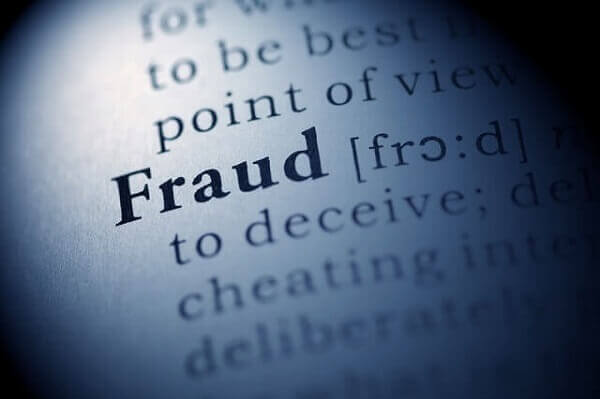 Dr. Nick Oberheiden is one of the country’s most demanded media legal experts. He is frequently featured and interviewed by national and Michigan media stations to comment on federal law and the federal judiciary process. Most recently, Dr. Oberheiden appeared on the Jim Bohannon Show (with more than 500 radio stations), the Steve Gruber Show (syndicated across Michigan), Trending Today USA with Rusty Humphries (national syndication) and 1320 WILS in Lansing, Michigan. Nick’s experience in healthcare cases is profound and his track record is immense. Clients will have direct contact with the entire team at Oberheiden, P.C.

Hospice services have long been a covered service under the Medicare Program.  In order to be eligible for hospice services, an individual must be eligible for Medicare Part A – also known as hospital insurance – and be considered terminally ill.  A person is considered terminally ill if the medical prognosis is that the person’s life expectancy is six (6) months or less if the illness runs its normal course.  Both the Code of Federal Regulations and the Social Security Act state that the certification of a terminal illness is based on the clinic judgment of the attending physician or hospice medical director.  In recognition of the inherent difficulty associated with determining whether or not a patient has only six months to live, CMS states in its Medicare Benefits Policy Manual that the prediction of life expectancy is not always exact and the fact that a beneficiary lives longer than expected in itself is not a cause to terminate benefits.

Despite the ambiguity associated with when a person qualifies for hospice care, law enforcement has made it a point to target hospice care providers.  Each year, HHS-OIG releases its Healthcare Fraud and Abuse Control Program Report, which summarizes the annual dollar figures associated with healthcare fraud and highlights successful cases from HEAT Strike Force cities and various provider types. For years 2009-2011, OIG’s year-end report highlighted no hospice cases.  Between 2012 and 2015, the number of hospice cases highlighted by the OIG jumped to 12.  Of these 12 cases, four (4), or one-third, had write ups with the sole issue identified as the company billing for patients who were not eligible for hospice services.  The largest of the hospice cases highlighted was the 2015 Detroit case that involved a $58.3 million fraud scheme, part of which, involved hospice services that were deemed medically unnecessary.

A Change May Be Coming

Two cases decided in 2016, AseraCare and Vista Hospice Care, may signal a change in how courts view hospice cases and how law enforcement develops the case for prosecution.  In AseraCare, the government brought a false claims case based on the company billing services for ineligible patients.  The court bifurcated the case, with the first part dealing with whether the claims were false and the second part dedicated to whether AseraCare submitted those claims intentionally.  During the initial phase of the trial, the government’s only evidence of the falsity of the claim was the testimony of an expert witness who reviewed medical records for the claims in question.  In determining the government did not meet its burden of proof to move into the second phase of the trial, the court reasoned that submission of a false claim is a necessary element of a False Claim Act (FCA) violation.  Furthermore, the FCA requires proof of an objective falsehood and an expert’s opinion that the patients were not eligible does not meet this level of proof.  In making this finding, the court held that “a mere difference of opinion among physicians alone to prove falsity would totally eradicate the clinical judgment required for certifying physicians.”  The court pointed to CMS’s own rules that emphasize the importance of a doctor’s clinical judgment and noted that if the court found that all the government needed to prove a false claim in a hospice provider case was one medical expert who disagreed with the certifying physician, hospice providers would be the targets of an FCA case anytime the government could find a medical expert who disagreed.

The Vista Hospice Care case relied upon the rationale espoused by the AseraCare court and added to it.  In Vista Hospice Care, the government brought an FCA case under two separate theories.  One theory posed by the government was that the hospice company violated FCA by submitting claims on ineligible patients.  The only supporting evidence under this theory was the testimony of an expert witness.  Here, the court applied the AseraCare Court’s reasoning and dismissed the government’s claims with prejudice.

The second theory presented by the government was that Vista Hospice Care violated the FCA when it paid employees bonuses for obtaining patients and retaining them on census, a violation of the Anti-Kickback Statute (AKS).  The basis of the FCA being that when a patient is obtained as a result of an AKS violation, all the underlying claims associated with that patient are false.  While the court agreed that violation of AKS does make the claims associated with that violation false, the court did not hold Vista Hospice Care violated the AKS.  The court held that the bonus payments to employees fell squarely within the Bona Fide Employee Exception to the AKS.  This exception states that payments to employees for employment in the furnishing of any item or service for which payment may be made in whole or in part under a federal healthcare program are not remuneration and therefore cannot form the basis of an AKS violation.  In finding this, the court reasoned that a contrary reading would make all payments to hospice provider’s sales or marketing staff illegal.

What Does this Mean for Detroit Hospice Agencies?

Detroit is a HEAT Strike Force city and has long been designated as an area in need of continued enforcement.  The largest HEAT hospice case just occurred in 2015 in Detroit.  With a growing elderly population, there is little doubt that hospice companies will continue to obtain patients and continue to receive law enforcement scrutiny. AseraCare and Vista Hospice Care were decided in Alabama and Texas respectively. Law enforcement and prosecutors in the Detroit/Michigan area may still rely on the theories put forth by the government in those cases and Detroit hospice agencies and providers must be prepared to defend against this harsh government approach.

Oberheiden, P.C. serves many clients across Michigan and the Mid-West in healthcare cases. Our attorneys are well respected former U.S. prosecutors that have handled civil and criminal healthcare investigations for yours on behalf of the United States government. Together with former Medicaid and Medicare agents and healthcare fraud defense attorneys, Oberheiden, P.C. helps hospice and home healthcare providers avoid government investigations or even criminal prosecution. Our combined experience of decades in charge of Medicare and Medicaid investigations helps our clients to better understand what government lawyers are looking for when reviewing healthcare data and contemplating possible criminal charges. Call us today, including on weekends, to speak to an experienced attorney directly and instantly.

Oberheiden, P.C. offers free and confidential consultations to Detroit practitioners and businesses facing federal investigation for Medicare fraud.  Our veteran defense attorneys and former federal prosecutors are standing by seven days a week to answer your questions about your investigation and discuss how we may be able to help you in your investigation.  Contact us today.