Protecting Your License and Your Freedom in Suffolk County 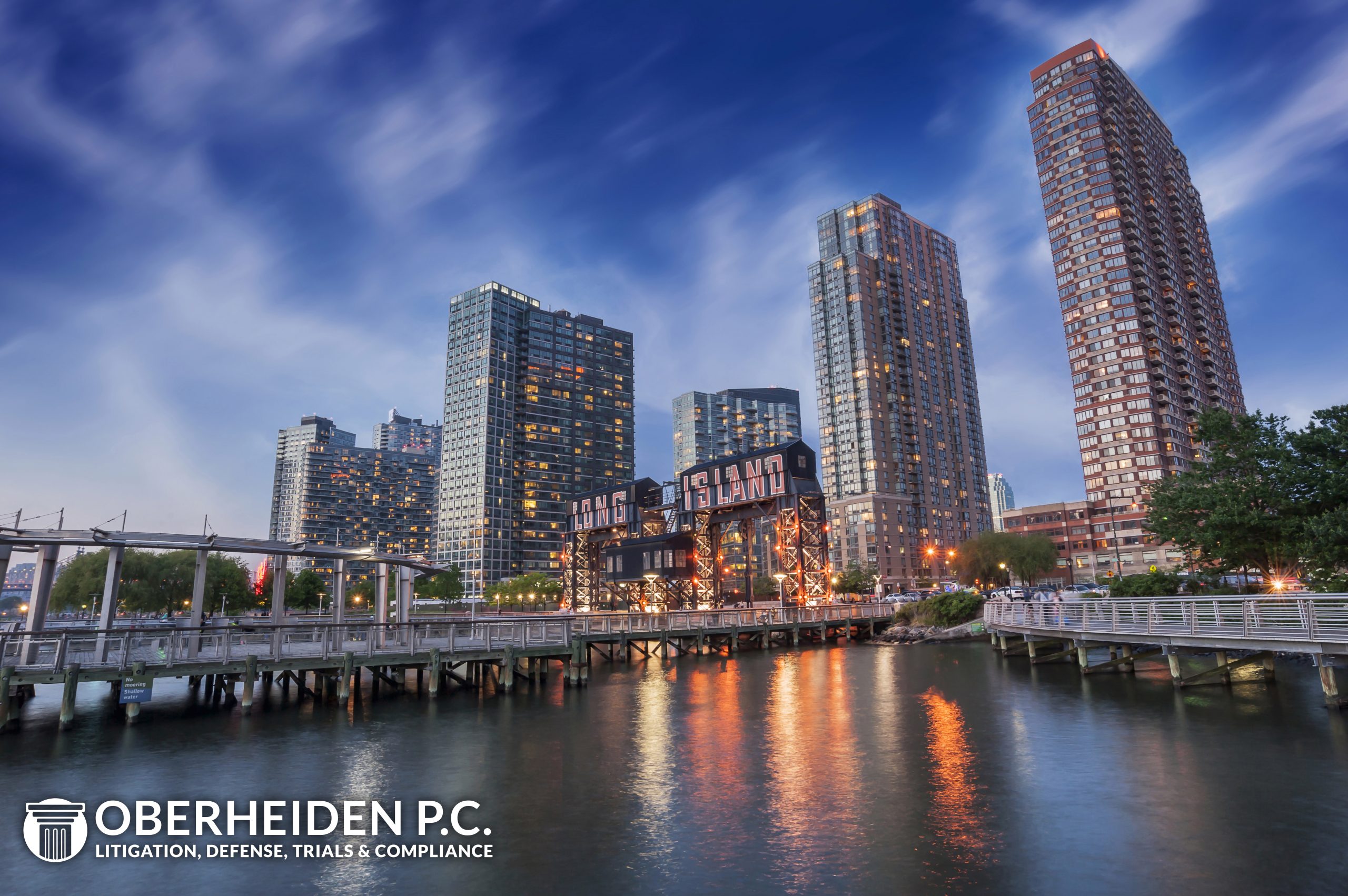 Experience. Nick has defended hundreds of physicians, healthcare providers, and business owners against allegations of healthcare fraud, Medicare fraud, kickbacks, False Claims Act cases, DEA opioid violations—and Medicaid Fraud. Nick has a profound understanding of the pertinent Medicaid and healthcare law rules and he will not waste your time (or money) with unnecessary legal research. Because there simply is no form of Medicaid Fraud allegation Nick has not handled and resolved before, valuable time is spent on problem resolution rather than problem discussions.

Performance. Unlike most other lawyers you may find online, Nick is proud to share and disclose his track record of avoiding criminal charges and protecting his clients’ medical license in cases spanning all of New York and more than 35 states nationwide. Depending on the concrete allegations, Nick will tailor a defense strategy to his client’s particular situation—rather than boring prosecutors with an excuse of “my client had no intent.” Healthcare fraud defense is much more nuanced than a typical criminal defense lawyer may think. In New York Medicaid fraud cases, successful negotiations won’t work out if the Medicaid prosecutor is an expert in healthcare matters and your defense lawyer is not. The best DUI lawyer in town may lack the specific knowledge of what constitutes Medicaid fraud and how to defend healthcare fraud allegations. That’s why it is so important for you to ask for concrete results in past healthcare fraud cases before you spend your money.

If you would like to discuss your situation with Hauppauge Medicaid defense lawyer Dr. Nick Oberheiden, then all you have to do is give him a call at 888-680-1745, which is his personal cell phone line. Nick will make the time to listen to you and explore solutions—free of charge and 100% confidential.

In general terms, Medicaid Fraud is the intentional submission of false information with respect to Medicaid medical care or services for the purpose of receiving funds from the Medicaid program. Medicaid fraud can be committed in different ways such as:

If your practice is on the government’s radar or if you are accused of Medicaid Fraud or DEA violations, do not wait. Act now; call an experienced Hauppauge Medicaid fraud defense attorney right away to discuss a comprehensive defense strategy. Call Nick at 888-680-1745 for a free consultation.

What Are the Penalties for Medicaid Fraud in New York?

What makes the penalties for Medicaid Fraud in New York so severe is the combination of charges in modern investigations. More than ever before, state and federal law enforcement authorities in Hauppauge and East New York work together to jointly target Medicaid providers in an effort to end the physician’s career by alleging larceny, welfare fraud, theft, and unlawful dispensing of controlled substances. If found guilty, physicians could face up to 10 years in prison, a loss of their medical license, a loss of their DEA privileges, on top of severe criminal fines.

Medicaid investigations in New York State are divided into seven regional offices within the Attorney General’s Office. Those locations are Buffalo, Westchester, Syracuse, Albany, Pearl River, New York City, and Hauppauge. Part of the Attorney General’s Office is the Medicaid Fraud Control Unit (MFCU). Closely connected in Medicaid cases to the Federal Bureau of Investigation (FBI) and the Drug Enforcement Administration (DEA), the MFCU is tasked to uncover and prosecute fraud and abuse in connection with the New York Medicaid program. The Hauppauge office of the MFCU is located at 300 Motor Parkway, Suite 210 in Hauppauge, New York 11788 and it investigates Medicaid Fraud throughout Suffolk County, New York.

If your office received correspondence from the Hauppauge Medicaid Fraud office or if your practice is under audit to produce patient charts, do not handle this lightly and do not handle the matter by yourself. There is not a single example where self-representation or insistence of innocence presented long-lasting defense strategies. Call our Hauppauge Medicaid fraud defense attorneys directly at 888-680-1745 immediately to discuss the situation. It costs you nothing and a few minutes can save you years of a headache.

Why is the DEA Investigating East New York Medicaid Providers?

Under new Justice Department guidelines, federal agents and prosecutors are instructed to identify and relentlessly prosecute any provider that caused or contributed drug diversion, drug-related overdoses, or excessive opioid distribution. Since, many doctors in New York (and elsewhere) have been arrested and barred from practice.

Particularly exposed are Medicaid providers. Many Medicaid providers are trying their very best to treat an at times complicated patient population with limited means. Chronic patients constitute a significant portion of the practices of Medicaid family doctors and Medicaid internal doctors necessitating difficult medical decisions and creating responsibilities that are often ignored by regulators.

DEA investigations into drug diversion and opioid abuse are serious legal events. Do not speak to federal agents, do not discuss your case with DEA Drug Diversion Investigators, and do not take a patient chart audit lightly. If you get audited or subpoenaed, assume that you are under criminal investigation and assume that the government is building a case against you.

How Can I Protect My Business Against Unfair Medicaid Fraud Charges?

It is unrewarding to be a Medicaid provider. While you work hard to serve patients and the community, regulators and investigators try every angle to destroy your business and to penalize you for being a good, popular, and successful doctor.

Looking at news articles in the last few months alone, New York has experienced an unprecedented wave of prosecutions against those providers that committed themselves to serve the underserved. Headlines of fraud, search warrants, and arrests dominate discussions about how to make the Medicaid program better structured and more efficient. Instead of proposing workable solutions, the government responds with prosecutions of those providers that tend to bill for more services than their peers. In other words, the data-driven approach means that if you see more patients than other doctors in your ZIP code area or Medicaid region, you are automatically a candidate for audits and a suspect of fraud.

From many hundreds of healthcare cases, Hauppauge Medicaid fraud defense lawyer Nick Oberheiden understands how it must feel trying to do the best for patients and being punished for exactly that same service. Nick has represented physicians of all specialties, dentists, audiologists, pain management doctors, internal medicine doctors, family doctors, and many more in countless audits and investigations across New York and in over 35 US states nationwide.

Harvard Law School trained in negotiations and dispute resolution, Nick knows how to make compelling arguments. The key for Nick to have resolved hundreds of FBI and OIG healthcare cases is to listen to his clients. Nick takes the time not just because he actually cares about what his clients say in response to an investigation, but he cares because the client’s side of the story is a fundamental column of Nick’s defense approach. If you look at some of Nick’s most recent case outcomes, you may find that approach to work very well.

As stated, Medicaid fraud takes a central role in the New York Attorney General’s office. If you find yourself in the unfortunate position to need an experienced defense lawyer to protect your practice and your livelihood, then make smart decisions. There are so many Hauppauge Medicaid fraud defense lawyers out there offering their help, choose one with true experience. Select as follows:

When you hire Hauppauge Medicaid fraud defense attorney Dr. Nick Oberheiden, you enjoy a lawyer with true experience. No matter how hopeless you consider your situation, Nick will explore different options and find mitigating factors and strong defenses. Call Nick directly at 888-680-1745 or contact him online today.