What Are the Penalties for Medicare Fraud in New York? - Federal Lawyer
Skip to content
We will protect your rights, reputation and freedom. Nationwide Federal Defense, Compliance and Litigation. 95% Success Rate.

What Are the Penalties for Medicare Fraud in New York?

It is a tough time to be a doctor in New York. Almost no day goes by without published stories about new healthcare fraud allegations, indictments, arrests, search warrants, and other government pressure targeted against NY healthcare business owners and providers. Your choice should be easy. You can either risk being added to the ever-growing list of defendants, or you can choose lawyers that have successfully defended New York surgeons, cardiologists, pain management, family, internal medicine, and so many other New York medical specialists and entrepreneurs in grand jury investigations, healthcare audits, and federal fraud investigations. We have successfully represented:

Unlike any law firm you will find, Oberheiden PC almost exclusively focuses its practice to protect and defend healthcare providers. We don’t mix DUI defense and rape defense into our practice like other lawyers because we believe that understanding healthcare laws and providing effective defense strategies must be more than just a hobby. In hundreds of healthcare cases, we have defended physicians and healthcare businesses against every imaginable fraud allegation—virtually across the entire United States and New York. 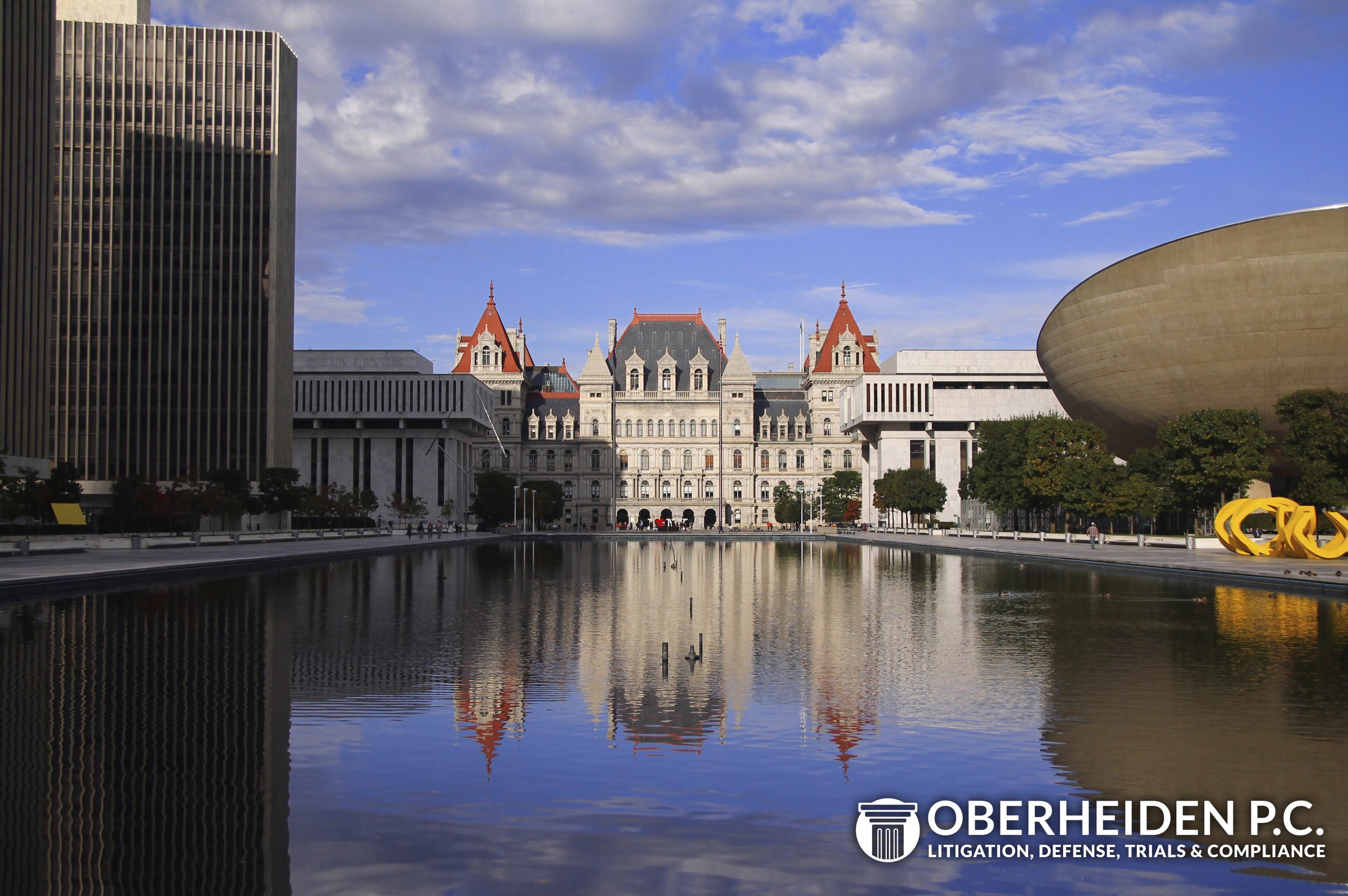 What Are the Penalties for Civil Medicare Fraud in New York?

In civil Medicare fraud cases, where the government does not base its case on (criminal) intent, federal authorities like the Office of Inspector General, have statutory authority to sanction non-criminal Medicare fraud with civil liability on individuals and companies.

If your New York business received a subpoena from the Department of Health and Human Services, Office of Inspector General, then you are likely accused of submitting false and fraudulent claims, physician self-referrals, kickbacks, drug price reporting, and other violations committed without criminal intent. Many civil Medicare fraud cases are reported by former employees under the federal False Claims Act.

Under the Civil Monetary Penalty Law (CMPL) violations have recently increased from previously $ 10,000 to now $ 20,000 per false claim.

Nick Oberheiden has avoided liability for clients in New York and elsewhere in dozens and dozens of civil fraud cases. Call him directly and today at 888-680-1745 to hear what he would do to protect your business and your assets.

What Does the Government Have to Prove in NY Medicare Fraud Cases?

Medicare Fraud can also be a federal criminal offense. Pursuant to 18 U.S.C. 1347, a person is guilty of healthcare fraud in New York federal court if the government prosecutors can prove beyond a reasonable doubt that the following mandatory elements exist:

What Are the Penalties for Criminal Medicare Fraud in New York?

If you have any questions or concerns or need to better understand the penalty calculation for Medicare Fraud in New York or need to get guidance for an upcoming sentencing hearing—then call Oberheiden PC today for a free and confidential consultation. We are available on weekends. Avoid these consequences, call 888-680-1745.

Federal prosecutors in New York are known for their relentless targeting of healthcare business owners and physicians licensed to practice in New York State. More than in most other states, New York prosecutors claim healthcare fraud including Medicare Fraud, Medicaid Fraud, illegal kickbacks, opioid violations, and much more. The sentencing in New York Medicare Fraud cases largely depends on the calculated recommendations under the Federal Sentencing Guidelines. Generally speaking, the higher the damage amount to Medicare/CMS, the higher the sentence.

Call Nick Oberheiden at 888-680-1745 and Get a Free Consultation, Including on Weekends
All website terms, conditions, and disclaimers apply to this information and are hereby fully incorporated. Specifically, this information has been prepared (1) For informational purposes only and does not constitute legal advice; (2) This information may constitute attorney advertising in some jurisdictions; (3) Merely reading this information does not create an attorney-client relationship; (4) Attorneys of Oberheiden, P.C., are not licensed in all states but are only licensed to practice in the states mentioned in their respective biographies. Nothing contained in here is meant to constitute the unauthorized practice of law or a suggestion of physical presence in the state; (5) Prior results do not guarantee similar outcomes in the future.