Queens White Collar Defense: No Criminal Charges in over 90% of Federal Investigations 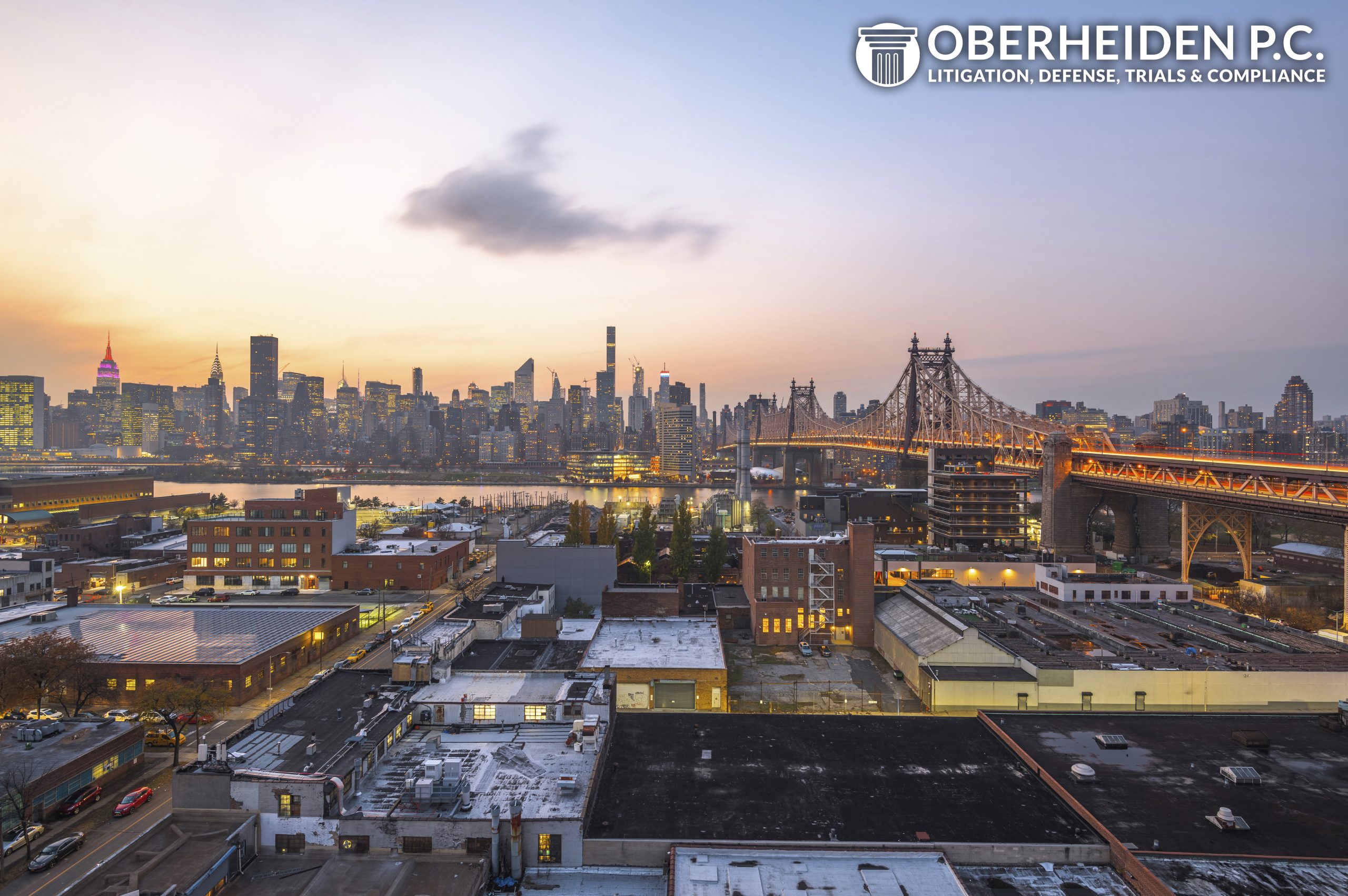 Imagine you need hip replacement. What do you do? You look for a specialist. You ask around, look around, and then request a consultation. What are your selection criteria? Most probably experience and performance—mixed with your personal impression of the doctor and your level of trust gained in the consultation.

Selecting an attorney is not much different. Queens, New York is far from short of attorneys (and doctors). However, since you don’t hire a dentist to do your hip surgery, so why would you hire just any lawyer to handle the most important legal case in your life? Your selection of a Queens federal criminal defense attorney comes down to three simple questions:

The answers should be compelling and persuasive. Federal law is not a hobby. Before you hire an attorney and invest into your freedom and your future, you must have clarity that the Queens federal criminal defense lawyers you trust is truly the lawyers that you should trust.

Hiring New York federal criminal defense lawyer Dr. Nick Oberheiden to defend your business against government investigations is not an experiment. Nick’s track record can easily be summarized as follows.

Nick represents business owners and professionals in white-collar investigations and federal prosecutions across Queens and throughout New York. Nick has successfully represented healthcare business owners, CEOs, physicians, lawyers, and even prosecutors. Think about it: If federal prosecutors (and Special Agents, Police Officers etc.) choose Nick to handle their personal legal matters, it shows two things: (1) nobody (not even current federal officers) is free of mistakes. (2) Nick’s reputation must be such that his skillset is appreciated even among his opponents.

Your call means something to Nick. Every day of the week, including on weekends, Nick personally is standing by to answer your questions. No secretaries, no junior lawyers. Call 888-680-1745 to begin your defense.

What Are Early Signs of a Government Investigation?

Everyone makes mistakes. The point is to not have a mistake ruin your life. In the context of government investigations and white-collar criminal cases this means to make sure that an oversight on your part does not result in felony charges, arrests, and prosecution.

That can be done. Not always, but surprisingly often. The key to avoiding criminal charges is for your lawyer to have the skillset to know when to intervene in a case.

All government investigations occur in three stages. Stage I involves a complaint that is credible and possible enough to open an investigation. For example, many healthcare fraud investigations begin with a patient complaint, or complaint by a former (now disgruntled) employee. Stage II involves the actual investigation, witness interviews, and government subpoenas. This stage concludes with the agents investigating the case making a presentation to the prosecutor to determine whether or not to move forward with criminal prosecution and an indictment. Stage III is the level for criminal charges, arrests, please deals, or trials.

Depending on the complexity of the investigation, each stage can take several months and all stages combined can easily take several years. If you share the desire of all people and do not want to be charged and publicly humiliated as part of Stage III, you must have your attorney resolve the matter either during the first or the second stage. Unfortunately, most people have the habit of denying the fact that they are under investigation and consequently wait while there is a window of opportunity to shut down the investigation.

By far, the most promising approach is to have an experienced attorney deal with the problem at the earliest moment. From the moment you recognize a potential problem, you should act and get assistance from Queens federal criminal defense attorneys. For example, if an employee leaves on bad terms and wants to report your company or bring litigation charges, you must understand that even while you consider the employee‘s allegations absurd, there will always be an attorney somewhere that thinks the employee has a good case with the potential to escalate a simple dispute into a massive investigation. Approximately six out of 10 white-collar investigations originate from somebody with “insight” or “first hand” knowledge making public allegations or filing a complaint. In fact, quite a few unsuspicious civil lawsuits carry the potential to attract law-enforcement due to bombastic and embellished claims. Be assured, federal agents closely monitor and follow civil filings in an effort to find their next case.

What that means for your business is to never underestimate the remote sign of a complaint, a civil dispute, an audit, or rumors of agents asking questions to business affiliates, current or former staff members, or other people in your business environment.

Further, to maximize the chances to suppress an escalation, the truth needs to be conveyed as early as possible or the case may otherwise take a course of its own. The best way to introduce factual clarifications and explanations is to engage an attorney that knows when and how to appear in a defense case.

The decision to contact government investigators is a delicate one and should not be left to amateurs. It requires deep and profound understanding of how to interpret and read the events occurring in your case and balancing the risk of opening Pandora’s box versus a timely appropriate, necessary, and determined case intervention.

Queens federal criminal attorney Nick Oberheiden has substantial experience representing clients in all stages of an investigation or criminal case regarding the following white collar allegations:

Why Does the U.S. Attorney’s Office in EDNY Charge a “Federal Conspiracy” in Criminal Cases?

Prosecutors in the Eastern District of New York, which covers Queens, charge many cases as a federal conspiracy to unify multiple defendants into one single case. For example, in a federal healthcare fraud conspiracy involving kickbacks, the government may charge a doctor, a marketer, and a toxicology lab owner: the physician for accepting kickbacks from the marketer, the marketer for offering kickbacks, and the business owner for getting (unlawful) business from the marketer. Common examples of federal conspiracies are:

What should I do if I’m indicted?

Without question, the first thing you should do after being indicted is to speak with a respected Queens federal criminal defense attorney. After an indictment, there are three ways to resolve the case. It can get withdrawn or dismissed, you can go to trial, or you can enter a guilty plea. Regardless of how you intend on resolving the case, the assistance of an experienced attorney is key. Federal indictments are generally secure, meaning chances are it’s not going away. And if you plan on fight the government’s case at trial, you’ll be going up against seasoned prosecutors with decades of experience. Finally, you shouldn’t plead guilty without some assurances from the prosecution about your sentence or the charges you face. Whatever your situation, discussing it with a Queens federal criminal defense attorney is undoubtedly the first and most important step.

What is a grand jury subpoena?

Simply put, a grand jury subpoena is a legally enforceable document issued by the U.S. Department of Justice demanding you either provide the U.S. Attorney with the requested evidence or appear in person to testify at a grand jury proceeding. Grand jury subpoenas are investigatory tools, meaning they are used by federal prosecutors to develop their case and present it to the grand jury. While receiving a grand jury subpoena does not necessarily mean that you are under investigation, it does mean that you have information federal prosecutors believe is relevant to their case. given this reality, it is imperative you speak with an experienced Queens federal criminal defense attorney before responding to the subpoena, as you do not want an inarticulate response to result in you becoming the focus of the federal government’s attention.

What should I look for in a Queens federal criminal defense attorney?

The most important trait in a Queens federal criminal defense attorney is experience. Experience, however, is not limited to many years that a lawyer has been practicing law. You want an attorney who has specific experience successfully handling the very type of charges you are facing. The best-case scenario involves securing a Queens federal criminal defense attorney who previously worked for the federal government prosecuting the type of cases you are charged with. This will give your attorney insight into how federal investigations proceed, what the potential weaknesses may be, and how to convey these weaknesses to prosecutors in terms they will understand.